In another blow to serial ADA litigation against hotels, a judge in the Northern District of California has issued an opinion dismissing the case against JMBM client OCI, which owns and operates a Comfort Inn & Suites near the San Francisco International Airport.

Brian Whitaker, who has filed nearly 2,000 ADA lawsuits in the last two years, claimed that OCI failed to include enough detail in its online description of accessible features, violating the ADA’s “Reservation Rule.” JMBM filed a motion to dismiss on behalf of OCI, which was granted on January 6, 2022. This is the second Reservation Rule cases dismissed by this judge. The opinion is available here.

The Reservation Rule refers to ADA guidelines requiring that hotels include information about accessible rooms and features on their website, so that guests know before booking if they are able to safely and comfortably stay at the property. A hotel may be ADA compliant if it includes either a bathtub or roll-in shower, for example, but some guests may need to know which option is provided in order to determine if the room meets their needs.

The Court found that OCI’s website included sufficient information because its states which rooms are ADA accessible, and identifies which features are available in each room. The features Whitaker claimed to need specific information about, such as sink accessibility and clearance around furniture and fixtures, are already required by the ADA and do not need additional description. If a “picture tells a thousand words,” then the hotel’s website’s photographs of the accessible features could fill a novel.

Defense counsel have successfully defeated over 80 similar cases against hotels; nearly all of these Reservation Rule cases filed by this law firm have been dismissed. There are important drafting and website development takeaways from the Courts’ rulings, and the lessons for hotels so far are clear – as long as hotels take affirmative steps to bring their websites into compliance with the Reservation Rule, they are less likely to be the targets of litigants. If they are targeted, such cases are defensible.

Marty is the Chair of JMBM’s ADA Compliance & Defense Group, a Partner in JMBM’s Real Estate Group, and a member of the American College of Real Estate Lawyers (ACREL). 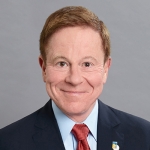 JMBM’s Global Hospitality Group® has helped clients around the world with more than 4,500 hospitality properties worth more than $112 billion.