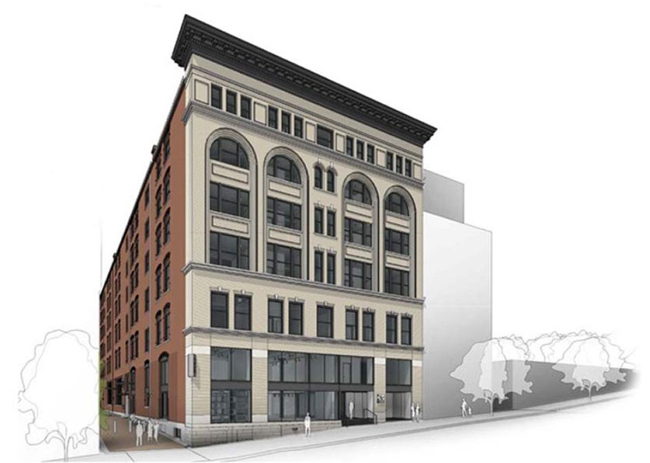 Louisville, KY. October 31, 2016 – 21c Museum Hotels has named Philip Forte general manager and Ian Wilson director of sales and marketing of 21c Museum Hotel Nashville, opening in the spring of 2017. The property, a historic rehabilitation of downtown’s Gray & Dudley Building (221 Second Avenue North), will feature 10,500 square feet of contemporary art exhibition and event space, a restaurant and bar, and 124 hotel rooms, including rooftop-level suites with private terraces and sweeping views of the Cumberland River and downtown.

Forte has honed his skills in a number of leadership posts with both boutique and branded properties. Most recently, he served as general manager of 21c Louisville. During that time he led the property to achieve its highest revenue month, and was a key member of the opening task force for both 21c Lexington and 21c Oklahoma City. Forte was also an active board member of the Greater Louisville Hospitality Lodging Association.

“21c is more than a great hotel experience. With an ever-changing contemporary art museum open free to the public, locally driven arts programming and delicious food and drink, 21c will help travelers experience the best of Nashville and serve as a gathering place for locals. I’m thrilled that we can be part of the energy and excitement of the city,” said Forte.

Wilson brings strong sales and marketing experience to 21c Museum Hotels. He has held sales positions with Hilton, Marriott and Starwood properties. Wilson was nominated for a number of awards during his time with Marriott, including the J. Willard Marriott Award of Excellence, which recognizes the “best of the best” at Marriott International.

Craig Greenberg, president of 21c Museum Hotels adds, “Nashville is a market that we have had our eye on for years. 21c will be a great compliment to the creative, entrepreneurial and energetic culture of the city. As 21c continues to expand into new markets, we are focused on creating strong leaders within the company. Phil and Ian bring a wealth of knowledge to the table while offering a forward-thinking approach that fits with the 21c philosophy. I look forward to watching their success in Nashville.”

21c Museum Hotels is currently recruiting for other positions including a Museum Manager and Sales Manager. For information on open positions visit: http://www.21cMuseumHotels.com/company/careers/.

21c Museum Hotel Nashville, opening spring 2017, is a combination boutique hotel, contemporary art museum and chef-driven restaurant. Building on its mission of engaging the public with contemporary art and supporting the revitalization of American downtowns, 21c is rehabilitating the historic Gray & Dudley Building in Downtown Nashville near Printer’s Alley. The 124-room property will feature a 10,500 square foot contemporary art museum open to the public free of charge 7 days a week and offering curated exhibitions, interactive site specific installations and a full roster of cultural programming; a locally grounded restaurant and bar led by Chef Levon Wallace; a spa; and seven of rooftop terrace suites, including the spacious 21c suite, with up-close views of the Cumberland River and surrounding historic district.

21c Museum Hotels, an award-winning hospitality company based in Louisville, Kentucky, is pushing the boundaries of both the museum and hotel worlds to create a new kind of travel experience. The company was founded as a single property by contemporary art collectors and preservationists Laura Lee Brown and Steve Wilson, whose mission was to share innovative contemporary art with the public and participate in the revitalization of downtown Louisville. The couple opened the first 21c in 2006 along downtown’s West Main Street, rehabilitating a series of 19th century warehouses to create an innovative union of genuine hospitality, thoughtful design and culinary creativity — all anchored by a contemporary art museum with thought-provoking exhibitions, interactive site-specific art installations and a full roster of cultural programming. Today, 21c operates six museum hotels in Louisville, Kentucky; Cincinnati, Ohio; Bentonville, Arkansas; Durham, North Carolina; Lexington, Kentucky and Oklahoma City, Oklahoma. 21c Nashville is currently under construction. Projects are under development in Kansas City, Missouri and Indianapolis, Indiana. The company is equally focused on creating unique, chef-driven restaurants that are as much a part of the community as the hotel. 21c operates a diverse roster of restaurants including Proof on Main at 21c Louisville, Metropole at 21c Cincinnati, The Hive at 21c Bentonville, Counting House at 21c Durham, Lockbox at 21c Lexington, Mary Eddy’s Kitchen x Lounge at 21c Oklahoma City and Garage Bar in Louisville, Kentucky.