THE SOUTH RIM OF THE GRAND CANYON, Ariz. – April 28, 2017 – Mia Bell has earned the promotion to General Manager of the Grand Canyon, South Rim. Bell, a 35-year Xanterra Parks and Resorts veteran, started her career as a seasonal employee at the North Rim of the Grand Canyon. From there, Bell continued her tenure, where, over the course of 25 years, she served as a full-time Xanterra employee in various management positions in the areas of accounting, operations, and sales with the Ohio State Park Lodges.

In 2009, Bell’s role took her back to the National Parks when she was promoted to the Director of Lodging at Yellowstone National Park, where she oversaw all aspects of lodging and campground operations. Here she successfully managed over 2,100 guest rooms and 1,400 campsites throughout the park. In 2014, she was promoted to the position of Assistant General Manager, where Bell was responsible for furthering Xanterra Parks & Resorts’ mission through the leadership and oversight of the Yellowstone Park concessions operation.

“We are pleased and honored to promote Mia to the position of General Manager of the South Rim of the Grand Canyon,” stated Gordon Taylor, Vice President of Parks for Xanterra. Her tenure, commitment and experience both with our guests, the NPS and ‘back-of-house’ is exceptional and admired.”

Bell earned her Bachelor’s degree at The Ohio State University in Business Administration with a specialization in Accounting. In addition, she earned the designation of Certified Hospitality Administrator (CHA) from the American Hotel & Lodging Association. 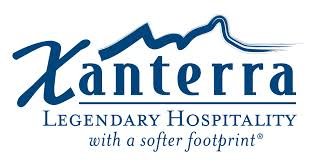