Why More Hotels Are Owned by Franchisees

Why More Hotels Are Owned by Franchisees 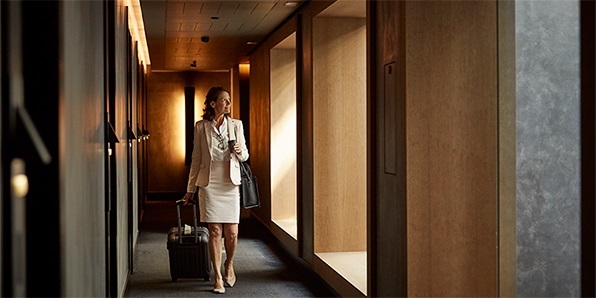 The last decade has seen a continued shift in hotel ownership.

These companies continue to move away from owning the real estate portion of properties and toward a model where they grow in scale through franchise agreements. This allows them to benefit from a consistent revenue stream while in expansion mode, says Geraldine Guichardo, Global Head of Research, Hotels & Hospitality Group, JLL.

“The growth of the franchise model is facilitated by the fact that Wall Street rewards parent hotel companies that have a more asset-light strategy, as they typically boast strong balance sheets since they have less leverage, Guichardo says. “These companies no longer need to take on debt to buy hotels, which is rewarded with higher stock prices.”

Shift in ownership
The high concentration of franchised hotels is a departure from the prevailing state of the industry in the 1980s, when major hotel companies would take on significant debt in order to purchase or develop hotels, Guichardo says.  When they subsequently sold those assets, they would reach an agreement with the new owners to allow them to continue leveraging the brand name.

The economic recession in the 1990s, however, brought a shift. Hotel companies were not able to sell properties in an illiquid market. Companies that transitioned into a more asset-light strategy found themselves in a stronger position.

“Having little to no real estate debt on their books meant that as franchisors, firms like Marriott International could more easily grow across several markets, expanding their reach without necessarily making significant capital outlays,” Guichardo says. “This in turn resulted in brands becoming more ubiquitous and recognizable.”

It also allowed franchisors to focus on their strengths.

“Growing their franchise business allowed major hotel companies to focus on operating hotels, which is what they are inherently good at and what their business was first created to do,” Guichardo says.

Benefits for brands and franchisees
Given that hotel development is a capital-intensive business, flagship brands are keener than ever to license out their name to an existing property, or to seek investment from outside companies to develop properties.

In doing so, they receive a percentage of revenue from the franchisee and are able to avoid hefty up-front costs. They are also able to tap into their partners’ familiarity with local market dynamics, which is especially important when a brand is expanding its geographic footprint to new regions, says Guichardo.

“Most select service hotels have simple amenities,” says Guichardo. “But we’ve started seeing features of an evolved select service product in markets where it makes sense — Austin, Nashville, New York. These are cities where a franchise owner might need to differentiate the product in view of competition from independent brands that are not affiliated with any major hotel group.”

There are perks, too, for franchisees, who get to own a property with brand recognition, receive key money and have access to global reservation systems and loyalty programs.

“Franchisors also offer programs for new owners to learn the business of operating a hotel,” Guichardo says. “There are a lot of good reasons to become a franchise owner, particularly having the backing of a huge parent company, leadership training and technical support. It brings a lot of value to the table.”

JLL (NYSE: JLL) is a leading professional services firm that specializes in real estate and investment management. Our vision is to reimagine the world of real estate, creating rewarding opportunities and amazing spaces where people can achieve their ambitions. In doing so, we will build a better tomorrow for our clients, our people and our communities. JLL is a Fortune 500 company with annual revenue of $16.3 billion, operations in over 80 countries and a global workforce of over 91,000 as of March 31, 2019. JLL is the brand name, and a registered trademark, of Jones Lang LaSalle Incorporated. For further information, visit jll.com.

Tourism After Lockdown: Waiting for Business Travel to Return
From Room Service to Rehab, Distressed Assets Are Finding New Life
Are Your Guests “Apped Out?” Only Welcoming Words Such as These, Spoken by Humans, Convey Authentic Hospitality
Five Essentials For Present Day Hotel Operations
Hoteliers: Why Compliance Doesn’t Equate to Data Security
New Fairfield Inn & Suites Santa Rosa Rohnert Park Opens in Sonoma County, California
Here’s How to Get Your Customers to Say, “I’ll Be Back!”
Remote Work Trends: What Hotel Workspaces Can Offer Over Co-Working Offices
Hospitality Financial Leadership: Morning Golf
Where Everybody Knows Your Name – Lessons on Guest Loyalty From a Beloved Sitcom
Avoid Customer Confusion
Beekeeper CEO’s New Book Shares Vital Insights on How to Gain a Competitive Advantage With a Digitally-Enabled Frontline Workforce
SLS Debuts in Middle East With Opening of SLS Dubai Hotel and Residences
Are Hotels Prepared for the Return of Meetings & Conferences?
MMGY Global’s Survey Predicts Massive Summer Rebound
Tourism Sector to See Skill Shortage Amid Returning Demand, Says GlobalData
Get to Know Your Customer Day
Dr. Lloyd Terrier on the Fascinating Intersection of Hospitality and Healthcare
Is the Front Desk Still the Bastion of Hospitality?
Why the Hospitality “Skills Gap” Has Become a “Skills Chasm” Due to COVID-19