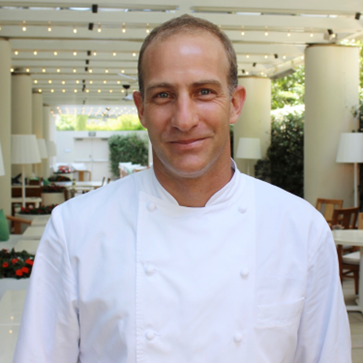 BEVERLY HILLS, Calif. – July 28, 2022 – Waldorf Astoria Beverly Hills, announces the appointment of Chef Peleg Miron as the five-star property’s Executive Chef. Miron brings over 15 years of culinary expertise to the world-class Beverly Hills hotel where he will be responsible for overseeing all food and beverage initiatives at the three dining outlets including Jean-Georges Beverly Hills, The Rooftop by JG, and the Lobby Lounge. Additionally, he will oversee the menus for in-room dining, catering, and private events.

“Chef Miron brings a wealth of impressive experience in the culinary and luxury hospitality markets,” said Antonio Bugarin, acting general manager at Waldorf Astoria Beverly Hills. “This addition elevates the standard of luxury that our guests expect from us, with his innovative dishes that are praised for their outstanding flavors, coupled by beautiful presentation. His arrival on property is a further testament to our commitment to providing world-class accommodations, unparallel hospitality and epicurean delights.”

This announcement comes on the heels of Chef Steve Benjamin’s promotion to Culinary Director at the hotel. He served as the Executive Chef since the opening in June 2017. Together, Miron and Benjamin will oversee the all-star team of chefs on-site.

Born and raised in Israel, Miron moved to San Francisco and graduated from the California Culinary Academy’s Le Cordon Blue Program. He met legendary chef, Wolfgang Puck and spent his entire career thereafter with Wolfgang Puck Fine Dining Group. Most recently, Miron served as Executive Chef at the Four Seasons Resort Maui at Wailea’s famed Spago restaurant since 2016. Prior to that, Miron was also Executive Chef at St. Regis Hotel Istanbul, where he was responsible for opening the first international Spago restaurant. 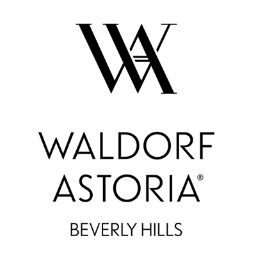 Waldorf Astoria Beverly Hills is Waldorf Astoria Hotels & Resorts' first new build on the West Coast and second California property, joining the legendary Waldorf Astoria portfolio of now 26 hotels and resorts. The hotel's 119 deluxe rooms and 51 suites are part of a world-class, Art Deco- influenced design created by renowned interior design firm Pierre-Yves Rochon, Inc. (PYR). World-class dining can be discovered at the hotel with three venues created by the legendary French chef Jean-Georges Vongerichten: the elegant Jean-Georges Beverly Hills, the chef's signature restaurant, as well as The Rooftop by JG and Jean-Georges Beverly Hills Bar. Helmed by a top-notch team of culinary experts hand picked by Vongerichten and including Executive Chef Steve Benjamin of L'Atelier de Joël Robuchon fame, the chefs are committed to sourcing foods locally whenever possible and a cornerstone of the menus in all the food and beverage offerings at the Waldorf Astoria Beverly Hills. The hotel also features 6,300 square feet of meeting spaces, perfect for social events, corporate meetings or gala celebrations.

The property recently won the Forbes Five-Star Award, was ranked No. 1 in the Conde Nast Traveler 2017 Readers’ Choice Awards as Best Hotel in Los Angeles, and has also been named best new hotel on the Travel + Leisure 2018 It List, 2018 Travel + Leisure “World’s Best” Awards, and by U.S. News and World Report. For more information, visit www.waldorfastoriabeverlyhills.com.

Hilton (NYSE: HLT) is a leading global hospitality company with a portfolio of 18 world-class brands comprising nearly 6,900 properties and nearly 1.1 million rooms, in 122 countries and territories. Dedicated to fulfilling its founding vision to fill the earth with the light and warmth of hospitality, Hilton has welcomed more than 3 billion guests in its more than 100-year history, earned a top spot on Fortune's 100 Best Companies to Work For list and been recognized as a global leader on the Dow Jones Sustainability Indices for five consecutive years. Hilton has introduced several industry-leading technology enhancements to improve the guest experience, including Digital Key Share, automated complimentary room upgrades and the ability to book confirmed connecting rooms. Through the award-winning guest loyalty program Hilton Honors, the nearly 133 million members who book directly with Hilton can earn Points for hotel stays and experiences money can't buy. With the free Hilton Honors app, guests can book their stay, select their room, check in, unlock their door with a Digital Key and check out, all from their smartphone. Visit newsroom.hilton.com for more information, and connect with Hilton on Facebook, Twitter, LinkedIn, Instagram and YouTube.