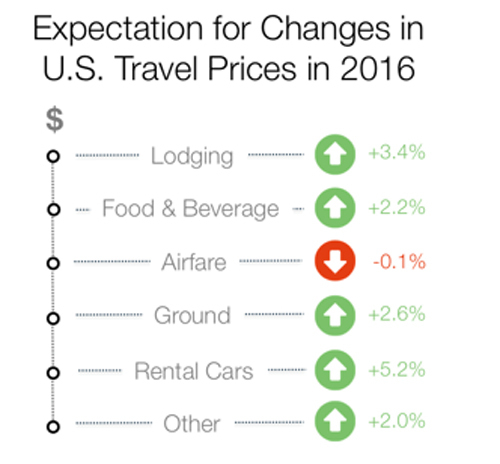 ALEXANDRIA, Va.–January 13, 2016–U.S. business travel will continue to grow at stable and steady rates over the next two years, despite significant headwinds from Asia Pacific, Latin America and the Middle East. These findings are part of the GBTA BTI™ Outlook – United States 2015 Q4, a report by the GBTA Foundation, the education and research arm of the Global Business Travel Association (GBTA), sponsored by Visa, Inc.

“The U.S. business travel market is an island of stability in a sea of global volatility,” said Michael W. McCormick, GBTA Executive Director and COO. “Over the next two years, U.S. business travel spending will grow at just above 3 percent, but this is largely driven by price, not transaction level increases. In this environment of modest transaction growth, low inflation levels and global uncertainty – we can expect continued consolidation in the business travel industry.”

Overall, the GBTA Foundation business travel forecast found that the U.S. economy has returned to pre-Great Recession footing, but without the same speculative dangers that existed in 2007 and 2008. This bodes well for future U.S. business travel spending, which the GBTA Foundation predicts will grow at 3.2 percent in 2016 and 3.5 percent in 2017, reaching $299.9 billion and $310.4 billion, respectively.

Two key factors will limit further growth during this time:

“The forecasted growth for the U.S. business travel market is good news for travel industry buyers and suppliers,” said David Henstock, VP, Global Commercial Solutions at Visa, Inc. “No matter where employees travel, organizations that use electronic payments have a convenient and secure way to pay for business travel.”

Price Growth According to the forecast, price growth is expected across key travel goods and services in 2016 with the exception of airfares. Even if airfares drop slightly, however, rising ancillary fees will likely will result in higher total cost of air travel.

Individual business travel volume took a hit in 2015, only growing at a projected 0.4 percent, but GBTA forecasts it to return to an above average pace in 2016 and 2017, growing 2.9 percent and 3.0 percent, respectively. Individual business travel spending is projected to grow 4.9 percent in 2016 and another 2.4 percent in 2017.

The GBTA BTI™ Outlook – United States 2015 Q4 report is available exclusively to GBTA members by clicking here and non-members may purchase the report through the GBTA Foundation by emailing [email protected]. To view an abstract of this research, please click here.

GBTA will be hosting a webinar on January 14 at 2pm (ET) to further discuss this study and its findings. Learn more and register now.

About the GBTA Foundation 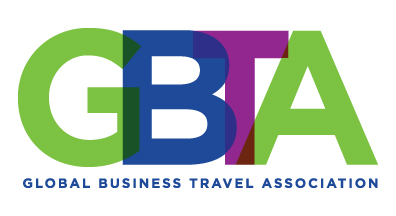 The GBTA Foundation is the education and research foundation of the Global Business Travel Association (GBTA), the world’s premier business travel and meetings trade organization headquartered in the Washington, D.C. area with operations on six continents. Collectively, GBTA’s 7,000-plus members manage more than $345 billion of global business travel and meetings expenditures annually. GBTA provides its growing network of more than 28,000 travel professionals and 125,000 active contacts with world-class education, events, research, advocacy and media. The Foundation was established in 1997 to support GBTA’s members and the industry as a whole. As the leading education and research foundation in the business travel industry, the GBTA Foundation seeks to fund initiatives to advance the business travel profession. The GBTA Foundation is a 501(c)(3) nonprofit organization. For more information, see gbta.org and gbta.org/foundation.