The GOPPAR, TrevPAR and EBITDA PAR levels were the highest for the country since November 2019.

“As the top-line metrics continue to progress toward full recovery, it is no surprise that the bottom-line metrics are coming in better than pre-pandemic times,” said Raquel Ortiz, STR’s director of financial performance. “GOPPAR and GOP margins continue to show incremental improvements month over month, with the GOP margin (41.6%) at its third-highest level on record and the highest since November 2018. F&B profits were up slightly from April 2019, mostly due to lower group demand lowering the cost of spend on F&B as well as the influences of inflation. Labor costs, on the other hand, remain slightly under the 2019 comparable due to lower employment levels and less available amenities.” 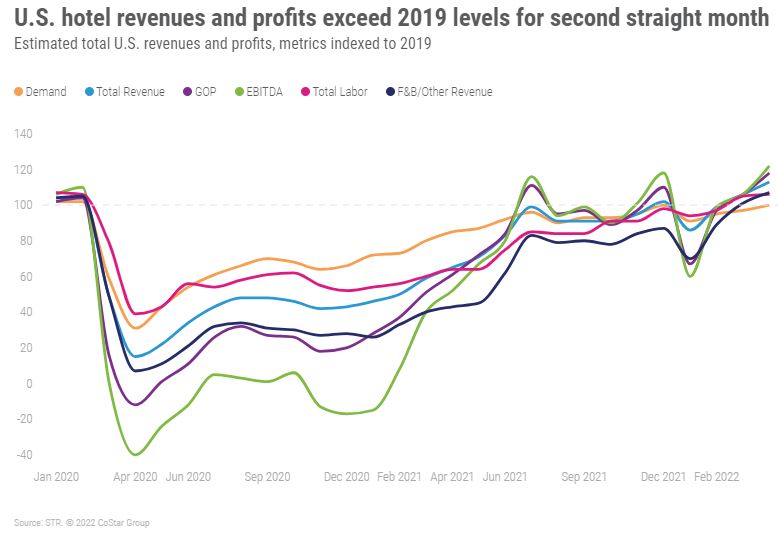 Nine of the major markets realized GOPPAR and TrevPAR levels higher than 2019 comparables.

“Miami continues to lead in both GOPPAR and TrevPAR recovery, hitting 178% of 2019 GOPPAR. On the other hand, San Francisco and Minneapolis remain near the bottom in both metrics. The GOPPAR level for the Top 25 Markets combined was the highest of the pandemic and only $12 less than April 2019,” Ortiz said. 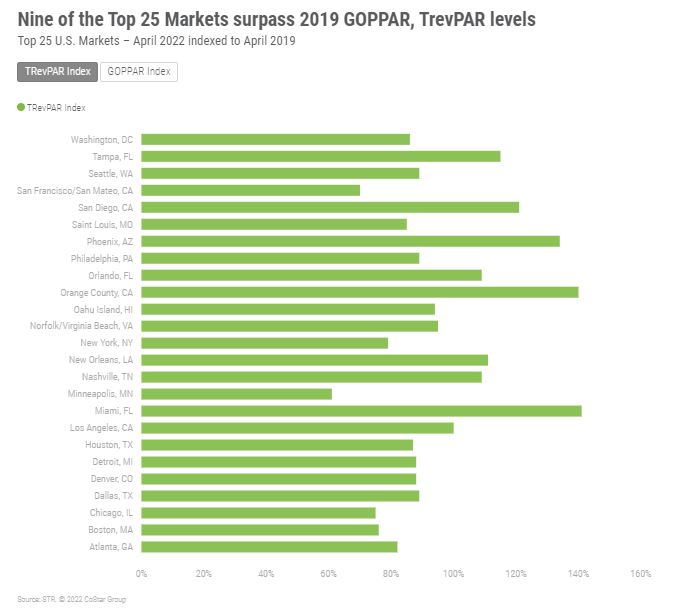 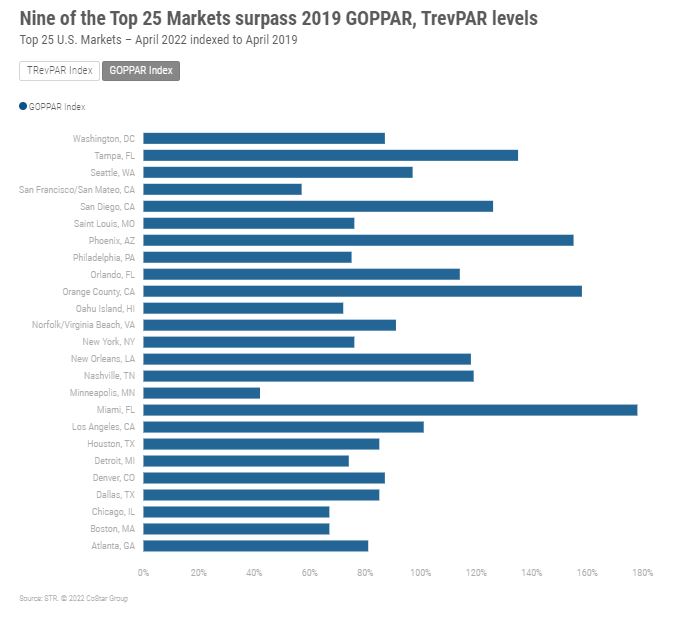