Top 5 Weird Superstitions Hotels Have to Deal With

Home/Top 5 Weird Superstitions Hotels Have to Deal With

Top 5 Weird Superstitions Hotels Have to Deal With 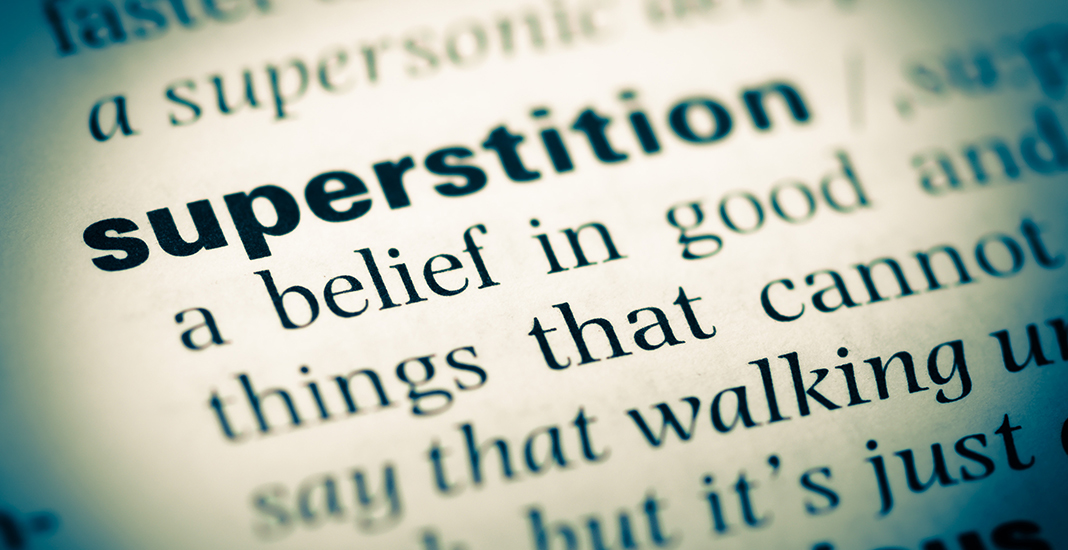 Whether they arise from a fear of the unknown or just from a misunderstanding of cause-consequence, superstitions are a part of every culture, the world over. While some superstitions are extreme and, perhaps, specific to certain regions of the world, some others are harmless and more widely practiced.

It is safe to assume that people are more likely to associate an event that they cannot explain, to a superstitious cause when it is negative, than when it is positive. These are beliefs that people are heavily invested in, for which they would walk that extra mile.

The trouble arises when hotel businesses have to tiptoe their way around these beliefs with absolute sensitivity and respect towards their guests’ beliefs, no matter how silly or illogical.

Let’s look at five of the most common (and bizarre) superstitions that hotels have to deal with.

5. Mirror, mirror on the wall

Since ancient times, mirrors have been notorious in this department. For reasons unknown, cultures across the world have several superstitions around mirrors. Some cultures consider broken mirrors as bad luck while some others believe they could invoke spirits, if they looked into a mirror with a candle in their hand.

Design-wise, mirrors make a huge statement in almost every hotel room, whether it is a small, family-run B&B or a luxury chain hotel. In fact, the bigger the hotel, the higher the dependency on mirrors. And one of the most popular superstitions that affects hotels is “Never have a mirror facing the bed”.

There are other variants as well, ranging from “don’t have mirrors in the bedroom at all” to “Cover all mirrors in the room before you go to bed”. The common thread between all these is that mirrors are said to absorb life energy, and that’s where Feng Shui comes with a good remedy.

Apart from bringing in more light in the room, they can be calming, refreshing and can ward off negative energy.

The best way forward is to consult a Feng Shui expert and make sure your hotel is “compliant” with all that the philosophy recommends when it comes to encouraging a positive environment in the rooms. To reassure a believing guest, you could also stick a note on the mirror highlighting the Feng Shui compliance and its healing effects.

This superstition of knocking three times is an integral part of the Chinese culture and it is done out of respect for spirits that may be inside the room. The knocks are supposed to inform them of your arrival and to respectfully ask them to leave the room, while you occupy it for the duration of your stay.

Guests across the world are known to follow this belief of knocking on the door three times before entering the room. Since this one has no direct or indirect impact on your hotel business, I suppose we can let this one slide.

This one is not something that comes with a remedy, at least none that we can recommend! This superstition is as random as not stepping out of the house in groups of threes. But hey, we all have our beliefs and that’s just how it rolls!

The practice is that if there are two beds in a space that is used by a single person, then the other unused bed is made to look like it is occupied. This is done by placing random belongings, baggage or just about anything. Why? So that stray spirits don’t claim the bed as their own.

This superstition is popular in several cultures across the world, where single guests who check in to a twin-bed room will make sure the unused bed is also occupied with some belongings of theirs. Maybe place their suitcase on the bed, or just lay out their clothes on it, or even just place the pillow across the bed or mess up the bedding to make it look like the bed is occupied.

If this belief takes your housekeeping staff an extra minute or two to tidy up the ‘other’ bed, so be it. Your guests’ beliefs are dear to them, and as long as it doesn’t cost you a bomb, be open to playing along.

2. Good luck with the brooms

Brooms have, for long, been a solid symbolism for all things relating to luck. Whether it is in action or stationary, brooms have been constantly under supervision! In different cultures, they have different symbolic significance. The most common one, of course, is the one where brooms are associated with witches.

Yes, yes. We know vacuuming is the norm mostly, these days. But you cannot discount the functionalities of a broom! Brooms are indispensable no matter how big or small your property is. So sit up, and read on because broom-related superstitions are extremely common.

Some of the superstitions that could affect your hotel are:

Well, when it comes to the practicality of housekeeping staff waiting for a few hours to clean a room and making it available for the next occupant as soon as possible, hmmm…not a good idea to have guests waiting in the lobby.

So far as the broom position is concerned, it makes sense even logically to store them upright. The bristles last longer when they face upwards. So, we recommend that you follow this one!

1. The mysterious fear of the number 13

The most bizarre and the most popular of all superstitions is the missing 13th floor. Be it in the US or in China, it is rare to see a hotel with a 13th floor in it. The floor is usually dedicated to storage or is used as a maintenance unit. The elevators in these buildings will have a button dedicated to each floor but will skip the number 13 and will instead have 12A or simply go from 12 to 14.

But it doesn’t stop there – the number 13 itself is considered unlucky which is why it is rare to spot a restaurant that has a table #13, a hospital with a room or bed bearing the number 13, a hotel with a 13th floor or a room number 13.

Here’s the thing. While to some of us, this may come across as a baseless superstition, the fear of the number 13 is a real thing and is known as Triskaidekaphobia. This fear is as common among guests as much as it is among hotel owners. So, unlike the others listed above, this one affects hotels internally as well. This is a fear that dates back to the biblical times as Judas, Jesus’ betrayer, was the 13th to sit at the table of the Last Supper.

Your guests may be hesitant to occupy a room if it is on the 13th floor or even if the room number itself is 13. So, you might want to bear this in mind while naming your rooms and floors.

In order to be as inclusive and sensitive as possible, it is best to respect what is culturally befitting to your region. While in some parts of Western Europe, this fear is almost non-existent, it is very valid in most other parts of the world. If your hotel sees guests from across the globe, it is best to stay away from feeding anyone’s fears.

One can only hope that ’13’ will regain its status as a mere number and shed its villainous status, eventually. But for now, in the best interest of all parties involved, it is wise to play along!

Some other noteworthy mentions:

I mean, even practically, this one is sound advice as nobody wants a ladder crashing on them! So, make sure any area in your hotel, where repair work or maintenance is underway, is cordoned off so no guest will have to realize their fears.

These were some of the most commonly practiced superstitions that affect the hospitality industry, even if just mildly. We’ve listed as many as we could so you could resolve them with grace. Being culturally sensitive and respectful of your guests’ personal beliefs can take you a long way in building a long-lasting relationship with your guests. Guest experiences improve drastically when they know that you care about them, even if you don’t necessarily, personally, subscribe to their beliefs. These are little things that go a long way in improving your guest loyalty.

In the larger scope of things, there are always going to be things that aren’t in your control (like the superstitions we just discussed!) and those that are very much in your control. Consider something as basic as efficient hotel management. This is something you can take charge of and be responsible for, with no external force coming into play.

As a hotelier, we hope, you recognize the umpteen opportunities for guest success that technology offers you. All data related to your hotel, can be made available to you wherever you are and whenever you want.

Use the art of soft skills to manage all sorts of guests and their beliefs while applying the science of hotel technology to make their stay delightful.

Hotelogix provides a robust cloud-based Hotel PMS that helps hotels to automate and manage their end-to-end operations with ease. It also assists hotels to drive growth, increase revenue and to enhance their online reputation. The PMS is hosted on Amazon Web Services, and thus offers the much-needed stability and security to hoteliers. The company has rich experience in serving global markets with customers in 100 plus countries including North America and Europe.