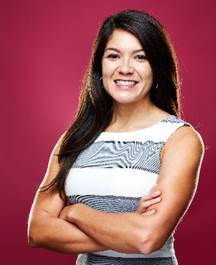 DALLAS, TX – April 14, 2022 – Crystal Kennedy has recently been named area director of sales for The Statler, a Curio Colllection by Hilton hotel managed by Aimbridge Hospitality. In her role, Kennedy will also lead sales at Hilton Dallas Lincoln Centre.

Previously, Kennedy worked at Dallas’ Hilton Anatole Hotel for 17 years. In her first eight years there, she worked in food and beverage operations at the 600,000-square-foot hotel. She joined the sales team in 2010, and was progressively promoted, ending as associate director of sales. In that position, Kennedy’s team of seven managers generated impressive results, while Kennedy herself produced $22 million in total revenue in 2018.

“I’m looking forward to using my extensive experience with Hilton and my tenure in Philadelphia as building blocks toward our success at The Statler,” Kennedy said. “The Statler is a unique, iconic hotel that will really allow me to use my strengths, along with my collective network, to drive event sales at the property.”

Kennedy’s accolades include being named a two-time Circle of Excellence Winner and the top 10% of sellers within Hilton Worldwide. Her accomplishments are due to her ability to devise and implement strategy and address challenging and complex issues head-on.

“We’re excited to have Crystal on board at The Statler,” General Manager Adam Gollub said. “Her results-oriented approach will really help drive event sales in this very dense and competitive Dallas market.”

The Statler is an award-winning iconic Mid-Century design masterpiece famed as one of America’s first modern hotels. The Statler brought the limelight back to Dallas with the original 1956 opening that attracted elites from coast to coast and hosted legendary performances by Frank Sinatra, Tony Bennett, The Jackson 5, and others. With the 2017 reawakening, The Statler is now both a hotel and residences, offering retro-forward style and elevated experiences across 159 upscale guest rooms, 219 luxury apartments, and six uniquely concepted dine and drink venues. The Statler Dallas, Curio Collection by Hilton is managed by Aimbridge Hospitality and part of the Historic Hotels of America; The Statler Residences is managed by Centurion American, and the dine and drink venues are managed by Refined Hospitality Concepts. The Statler was redeveloped and is owned by Centurion American. For more on The Statler please visit www.thestatlerdallas.com.

About Curio Collection by Hilton

Curio Collection by Hilton is a global portfolio of more than 100 one-of-a-kind hotels and resorts in nearly 30 countries and territories. Curio Collection properties offer guests authentic, curated experiences through distinctly local offerings and elevated amenities, while providing the benefits of Hilton and its award-winning guest loyalty program Hilton Honors. Learn more about the brand at newsroom.hilton.com/curio.