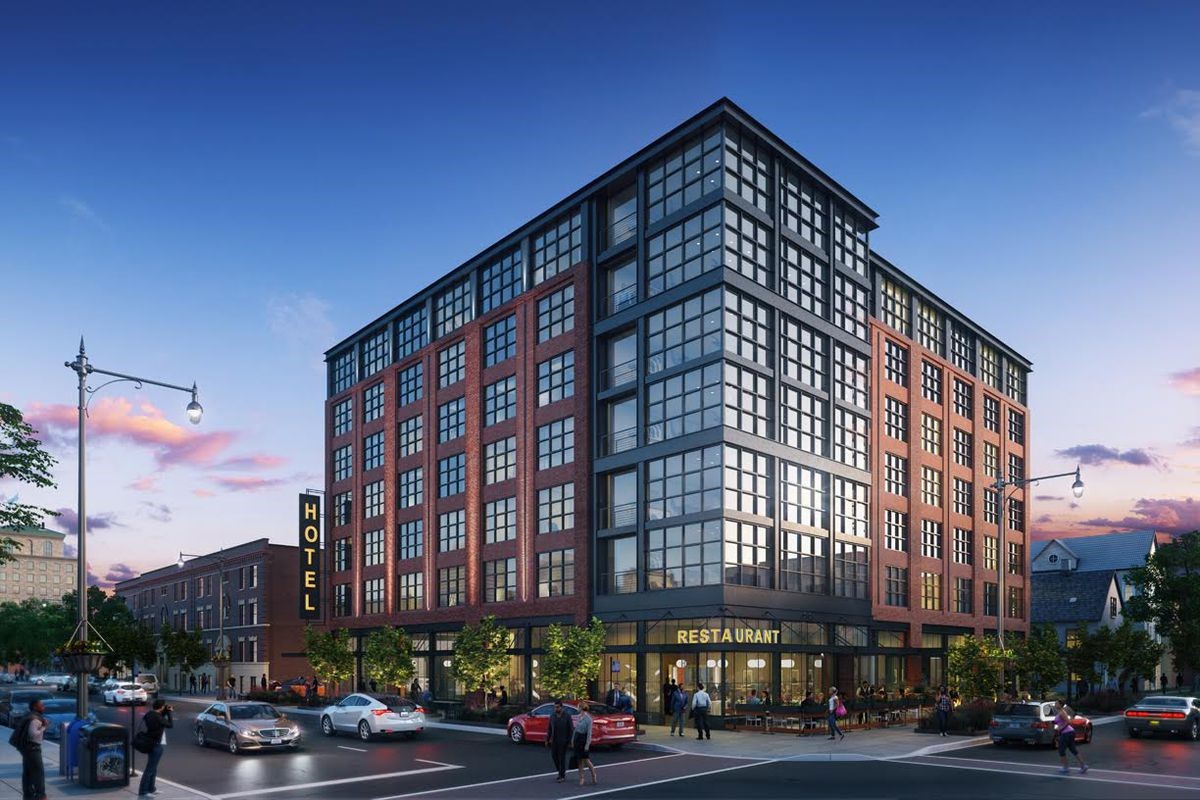 Chicago, IL– August 8, 2017. The Olympia Companies, and SMART Hotels are bringing a luxury boutique hotel to the Hyde Park neighborhood of Chicago.

The 98-room SOPHY, to be managed by The Olympia Companies, will be located at the corner of 53rd Street and Dorchester Avenue in Chicago’s South Side and will feature a bar, restaurant with al fresco dining and fitness center. SOPHY is designed as a four-diamond luxury property and engineered to achieve LEED Silver certification and will be a preferred hotel of the University of Chicago.

“Working closely with 5th Ward Alderman Leslie Hairston and the University of Chicago, we’re pleased to have the opportunity to build and operate our second hotel in Hyde Park,” said Mike Zimmerman, Vice President, Development, for The Olympia Companies. “The hotel is firmly rooted in Hyde Park’s history dating back to the turn of the century and going forward will play a vital role in one of Chicago’s legendary neighborhoods. SOPHY aligns with SMART’s and Olympia’s expertise in developing and managing independent, award-winning boutique properties that evoke a strong sense of place and become an integral part of the community.”

The name “SOPHY” is rooted in the Greek word “sophia,” meaning wisdom and dedication to excellence through the pursuit of knowledge. The name was inspired by the rich legacy of intellectual, artistic and cultural innovation that is part of the fabric of the University of Chicago and Hyde Park. Local luminaries such as singer Mahalia Jackson, novelist Saul Bellow and University of Chicago Scientist Enrico Fermi provided inspiration for the hotel’s interior design. In addition, the hotel will feature artwork from contemporary Chicago artists and design elements inspired by the 1893 World’s Columbian Exposition, including barn doors on the private dining space that use circular elements to suggest the world’s first Ferris Wheel.

Chicago-based GREC Architects is the project architect, with interior design from Stonehill and Taylor Architects of New York. The hotel is being built by William A Randolph, Inc. of Gurnee IL.

SOPHY will complement the Hyatt Place Chicago-South/University Medical Center, which was also jointly developed by Olympia and SMART Hotels and is managed by The Olympia Companies. The hotel, scheduled to open in the summer of 2018, will be proximate to the University of Chicago campus, the University of Chicago Medical Center and the site of the future Barack Obama Presidential Library.

About The Olympia Companies

The Olympia Companies is an innovative leader in high profile real estate development, equity and hospitality management projects throughout the U.S. responsible for creating a new breed of sustainable, environmental and philanthropic boutique hotels managed, developed and/or owned by The Olympia Companies. The Olympia Companies has been nationally recognized for its development and management role with such independently owned properties as Inn by the Sea, Cape Elizabeth, ME; The Hotel at Oberlin, Oberlin, OH; and The Alfond Inn at Rollins in Winter Park, Florida, which was singled out as one of The Top 100 Hotels in the World by the readers of Travel + Leisure in the World’s Best Awards 2017.

The award-winning company is led by President and CEO Kevin Mahaney, an Olympic Silver medalist and a leader in capital asset management, business and real estate. The Olympia Company’s dynamic and pedigreed executive team delivers expertise in hotel development, LEED building design and construction, project management, operational oversight, branding, feasibility and market analysis, as well as sales and marketing. The company currently has 22 hotel projects under management or development in the U.S. For more information, visit www.theolympiacompanies.com