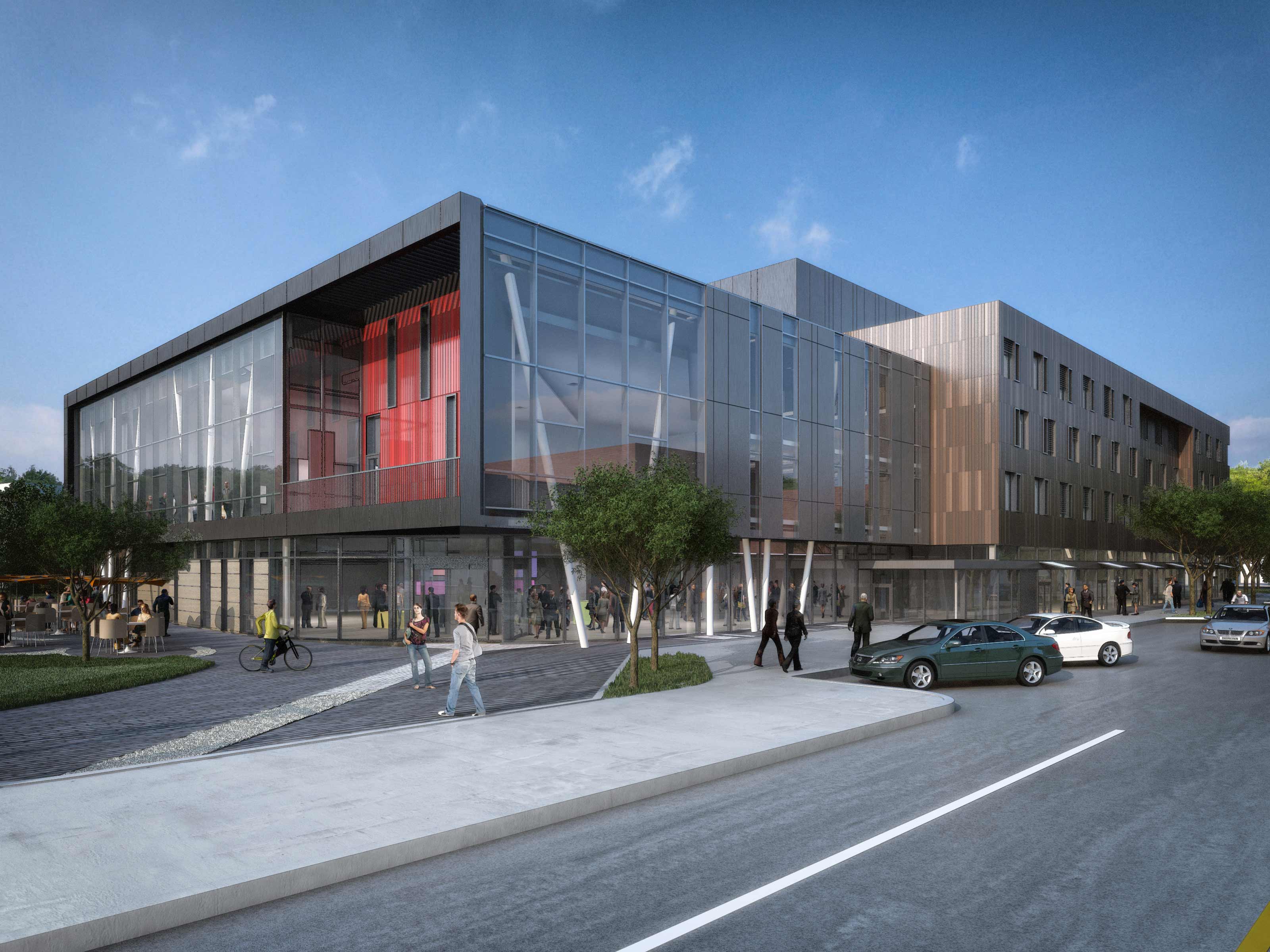 Oberlin, Ohio – The Hotel at Oberlin, one of the most innovative green hotels in the world, is now welcoming guests in Oberlin, Ohio. Designed to be one of the most environmentally sustainable hotels to date, The Hotel at Oberlin is the first hotel in the nation to incorporate solar, geothermal, and radiant heating and cooling. Owned by Oberlin College, the groundbreaking 70-room boutique property is among a rarified short list of LEED Platinum hotels and is the only one owned by a college. The official opening will be in September 2016.

The hotel’s groundbreaking design incorporates elements from rural Ohio. Wood from a dismantled 19th century farmhouse has been integrated into the hotel’s interior by local Mennonite carpenters, while some of the hotel’s wooden furniture has been handcrafted locally by Amish carpenters.

A permanent three-part sculptural installation by Ohio-born artist Maya Lin (Vietnam Veterans Memorial) will be erected in the lobby and exterior in 2017. The installation is inspired by the local climate and landscape, the final part of Lin’s "Ohio Trilogy."

The Hotel at Oberlin was developed by SMART Hotels and is managed by The Olympia Companies, which both have strong track records in environmentally sound campus hospitality.

The property was designed by the Chicago-based architectural firm of SCB (Solomon, Cordwell, Buenz) and is one of only five hotels in the United States which qualify for the rare LEED Platinum certification from the U.S. Green Building Council.

The Hotel at Oberlin will anchor the Peter B. Lewis Gateway Center, the cornerstone of Oberlin’s Green Arts District, an ongoing development conceived by the city and college to transform Oberlin into a model for environmentally aware economic development based on education and the arts.

Executive Chef Jim Barnhart, a native of surrounding Lorain County, will oversee the hotel’s 1833 restaurant, aptly named after the year the college and the town were founded. The menu will feature locally-grown and locally-sourced fare. The hotel also includes a 6,500 square foot meeting and function space.

Oberlin, Ohio is located just 35 miles from Cleveland. Home to Oberlin College, one of the foremost liberal arts colleges in the United States, this bucolic college town has locally owned shops and cafes and the world-class Allen Memorial Art Museum.

Rates at The Hotel at Oberlin start at $119 per night.

Click here to request renderings of The Hotel at Oberlin. Photography will be available in mid-June.

About The Hotel at Oberlin

The Hotel at Oberlin, which is solar-powered and utilizes geothermal energy and radiant heating and cooling, opened in May 2016. Designed to meet the U.S. Green Building Council’s LEED Platinum rating, the hotel is owned by Oberlin College. The property offers 70 rooms and suites, 6,500 square feet of meeting space and the 1833 restaurant. The hotel is managed by The Olympia Companies, who have created a new breed of sustainable, environmental and philanthropic boutique hotels that they manage, develop and/or own. The Hotel at Oberlin, 10 East College Street, Oberlin, Ohio 44074 www.thehotelatoberlin.com