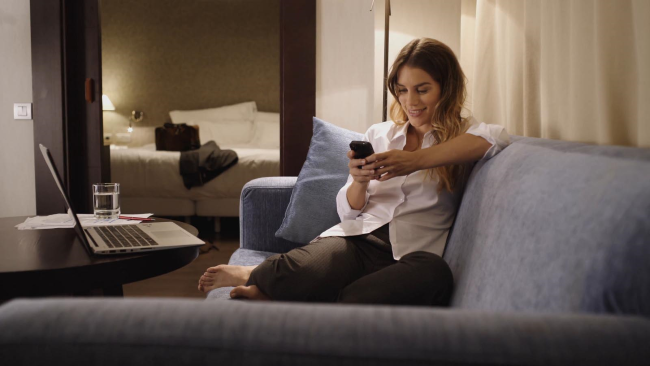 By David Millili, CEO of Runtriz

The era of engagement. The digital age. Social media revolution. A lot of terms describe the time we’re living in, but what they all have in common is connection. The idea of creating connection goes far beyond the business side of our lives. We hear it everywhere that creating connections with friends, loved ones, and community will sustain us—and those around us. And though some will say technology gets in the way when we’re glued to mobile phones, for instance, there’s no doubt that technology has allowed us to scale up our connections, both professionally and personally, in never-before-seen ways. Technology has given us the means to reach out and engage with people and places that our culture simply didn’t have before.

The mobile app was once a tool—a booking tool, primarily—and there was a time, albeit brief, when the industry thought the hotel mobile app might have run its course. Travelport notes that there “has been speculation about the decline in apps” but all data points toward more mobile app usage year over year. For travel companies, in particular, they note that in 2018, “82% of travelers were downloading the same or more travel apps than the previous year.” Part of the shift toward mobile apps has to do with the steady increase consumers’ trust in mobile as a safe and effective place to handle transactions. Nearly half of travelers say they are comfortable researching, booking, and planning travel via a mobile device, according to a report by Google and Phocuswright. However, just as crucial to the resurgence of mobile apps is the fact that apps were repositioned as more than a one-trick pony; apps have evolved from a tool into a portal through which hotels can deliver the guest experience. Booking, check-in, room service, chat, check-out, housekeeping requests, restaurant and spa reservations, concierge information, and so forth. But because they are more streamlined than bulkier websites, Criteo reports that mobile apps have five times the conversion rate than that of mobile sites.

The fact that they have higher conversion rates is only one among many aspects of what make mobile apps a key element of digital strategy. Mobile apps, when used to their fullest potential become the great connector between the hotel and the guest. The app delivers on the experience that the guest wants from the hotel, and it communicates guest needs back to the hotel. Apps connect with the PMS. Connect with F&B and housekeeping. (1Check reports that their housekeeping app has resulted in a 7%-8% increase in productivity per housekeeper and improved efficiency 35%, notes Forbes.) They connect with channel management software. And offer messaging—quite literally serving as the mechanism through which guests communicate with property staff.

According to Hotel Technology, the top three smart features travelers want from a hotel as of October 2018 are digital check-in, followed by keyless entry, and pre-set room conditions (temperature/lighting). Further, Facebook notes that 54% of social media users say they prefer messaging platforms to email, phone, and online chat. Guests want an immediate connection with hotel staff. They desire a frictionless experience, uninterrupted by things they know can be accomplished digitally, and they want to know exactly where to go to do it—the app.

Think of the mobile app as the right arm of core hotel technology (the PMS) and the left arm of the hotel personnel, a way of connecting central technologies and essential staff with the guest (and vice versa) that influences every touch point of their experience. It is the portal through which the modern guest experience is delivered, connecting the digital and physical world, allowing guests to move through their stay with ease. Apps play a new, profound role, which underpins retention in mobile app usage. Localytics found that just a few years ago app retention was low (35%) and churn was high (65%), but in early 2018, retention (those who continue to engage after one month) and churn (those who do not) were both nearing 50%. 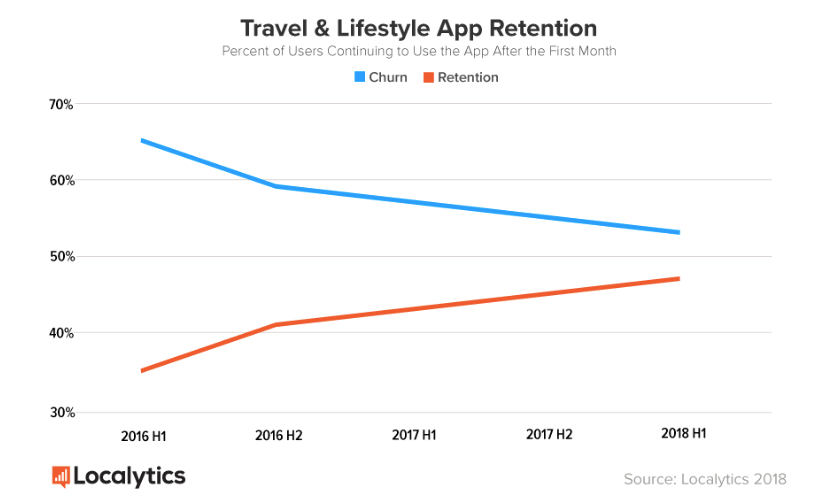 Mobile apps improve one-way guest service—from hotel to guest. They increase engagement, the two-way dialogue that cultivates an emotional bond that will keep guests coming back to a property. But they also go a step further. Mobile apps are omnidirectional—allowing guests to communicate numerous needs nearly simultaneously via one streamlined portal (available across multiple devices whether a mobile device or in-room tablet) while still engaged in their experience and, at the same time, allowing hotels to receive those needs efficiently across various systems. Further, the efficiency gained by staff with mobile apps at their disposal furthers their ability to offer proactive, personalized service, whether because they aren’t relegated to a desk handling check-ins or because communication is simplified.

To get the full benefit the mobile app offers the hotel ecosystem, hoteliers must look beyond implementing mobile apps as transactional or as simple guest service tools. They are, of course, both. But viewing mobile apps as a crucial point of connection between the guest and the property—a dynamic portal through which essential aspects of the experience occur—will empower apps with the far-reaching impact they can have. Guest retention and revenue follow naturally. 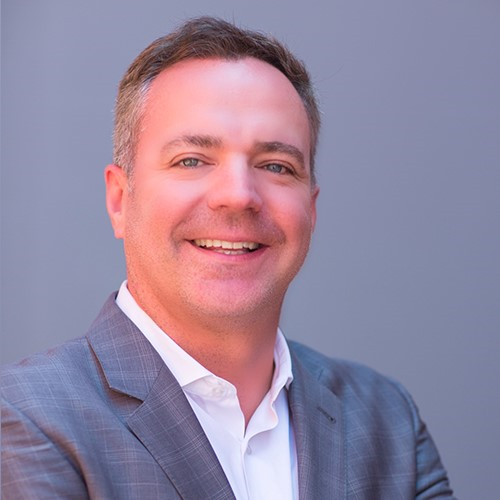 Seasoned business leader, David Millili, is the CEO of Runtriz™, a leading developer of innovative mobile software solutions for hotels, resorts, and casinos. He has more than 25 years of experience in the hospitality industry with practical experience in all aspects of hotel operations and management. As the GM of two iconic New York City Times Square hotels, his experience ranges from managing pre-opening operations to spearheading multi-million budgets. As co-founder of Timeless Hospitality, Millili was directly responsible for the successful launch of a startup company that generated impressive profits within six months of launch. Timeless Hospitality provided hotels with internet reservations, marketing, and management products and was one of the first e-commerce platforms developed for the exclusive purpose of generating web reservations for independent hotels.

David Millili served as the chief executive officer and board member of Pegasus Solutions, a global leader in providing technology and services to hotels and travel distributors. In this position, he was responsible for the company’s global operations, technology and shared services as well as the company’s reservation and distribution service lines. Millili assisted in the sale of all three business units. Millili also founded and led Open Hospitality to become a recognized industry leader in providing innovative hotel internet marketing services including web design, development, and hosting, mobile platforms, online search, and marketing. Open was sold to Pegasus in October 2011. He currently sits on a number of boards and as a former hotel general manager, he has valuable experience in all aspects of hotel operations and management.

Runtriz delivers magic moments utilizing an open guest service platform that enables guest service amplification. We strive to enhance both the staff and guest service experience to optimize their time. With over 2000 hotels in 120 countries covering 50 + languages, Runtriz has the knowledge and experience to support your hotels' digital and guest engagement goals. We help our partners increase guest service results be delivering what today's guests want.