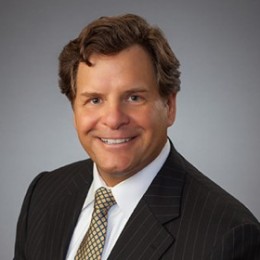 TAMPA, FL—Spirides Hospitality Finance Company has successfully arranged, and its client has closed a $7.8 million construction and term first priority mortgage loan from a southeast U.S. headquartered bank to finance the development of a new Holiday Inn Express in Rock Hill, South Carolina.

This soon to be built Holiday Inn Express will feature 92 guest rooms and suites in a 5-story building situated on 1.4 acres of land. It will be located at 680 Tinsley Way, just off of Interstate 77 at the Dave Lyle Boulevard exit, in the City of Rock Hill, York County, SC, which is part of the Charlotte, NC metropolitan area. The hotel will be located in the Manchester Village Business and Retail Center. Cherry Park, Winthrop University and York Technical College are only a 5-mile drive from the site. Nearby attractions include Narroway Productions, Carowinds, Historic Brattonsville, and the York County Museum.

The terms of the financing arranged by Spirides for this new Holiday Inn Express development project include a very favorable fixed interest rate, a four-year term, interest only monthly mortgage payments for the first 24 months of the loan through the construction period, followed by principal and interest payments based on a 20-year amortization for the remainder of the term.

“The incentives offered for new business formation in the Rock Hill area are quite remarkable,” says Harry G. Spirides, President of Spirides Hospitality Finance Company who led the debt placement team representing the borrower in this transaction. “From the City of Rock Hill’s tax increment finance districts which are funding public facility and infrastructure improvements, to York County’s property tax abatement and exemption programs which are stimulating capital investment, to the State of South Carolina’s numerous tax credits, exemptions, and caps, there are few places in the United States that all levels of government are this unified and serious about creating a favorable environment for business development, job creation, and corporate relocation,” continues Spirides.

Holiday Inn Express® hotels is IHG’s (InterContinental Hotel Group’s) fastest growing franchised brand. It has operated for over 25 years in the midscale limited service segment of the lodging industry. With more than 2,570 hotels open in 33 countries the Holiday Inn Express brand has the flexibility to perform well in any location, from an interstate to an airport to an urban center. 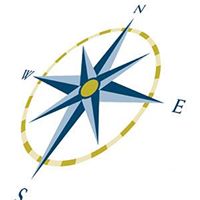 Based in Tampa, Florida, Spirides Hospitality Finance Company arranges mortgages and loans for hotel owners across the United States for new ground-up construction, acquisition, debt refinancing, renovation, and other types of hotel capital projects.  Its sister company Spirides Hospitality Realty Company is a real estate brokerage company which assists investors with the buying and selling of hotels.  Spirides charges no up-front fees and provides their clients with the best terms available in the marketplace along with exceptional service and fast execution.

Members of the Spirides family have owned, operated, developed, and advised hotels and restaurants for over 90 years since the 1920s.  In fact, in 1969 this company’s founder and president Harry G. Spirides’ late father George H. Spirides assisted his good friend Cecil B. Day to design, build, and open the world's first Day's Inn near Savannah, GA, and he subsequently became the first manager of the world’s first Day's Inn early in his career as a distinguished owner and operator of hotels.

Harry G. Spirides is a former owner and operator of a 205 room, full service, beach resort hotel for over 20 years.  He is a third-generation hotelier who has over 30 years of experience working in full service hotels.  He rose up through the ranks of his family's hotel company working in every position from restaurant dishwasher to general manager to chief executive officer.  Today, Harry Spirides, through his companies Spirides Hospitality Finance Company and Spirides Hospitality Realty Company, finds it very rewarding to assist hotel owners with their financing and real estate brokerage needs, having “walked a thousand miles in their shoes.”