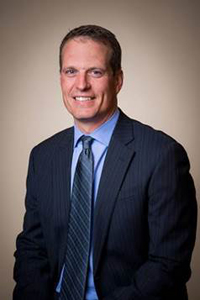 BUFFALO, N.Y. (May 31, 2017) – Delaware North, a global leader in hospitality and food service, today announced that Scott Socha has been appointed to the role of president of the company’s parks and resorts business.

In this role, Socha will provide strategic direction and ensure that short- and long-term plans are in place to drive business and enhance the company’s destination proprieties. The parks and resorts subsidiary provides hospitality services at state and national parks, historic attractions and Delaware North-owned resorts such as the award-winning Tenaya Lodge at Yosemite.

Socha, who most recently served as a Delaware North vice president and the company’s treasurer, will continue to be based at Delaware North’s global headquarters in Buffalo. He will transition into the new position beginning April 1.

As treasurer, Socha has overseen Delaware North’s financial planning and analysis and treasury groups and has been responsible for the worldwide debt and cash-management activities specific to business operations, capital projects and acquisitions. He has managed relationships with external capital providers throughout the world.

Socha has an MBA in finance from the University at Buffalo and graduated from St. John Fisher College near Rochester, N.Y., with an undergraduate degree in international business and finance.

Delaware North is one of the largest privately-held hospitality and food service companies in the world. Founded in 1915 and owned by the Jacobs family for 100 years, Delaware North has global operations at high-profile places such as sports and entertainment venues, national and state parks, destination resorts and restaurants, airports, and regional casinos. Our associates are dedicated to creating special experiences one guest at a time in serving more than 500 million guests annually. Delaware North has annual revenue of about $3 billion in the sports, travel hospitality, restaurants and catering, parks, resorts, gaming, and specialty retail industries. Learn more about Delaware North at www.delawarenorth.com.