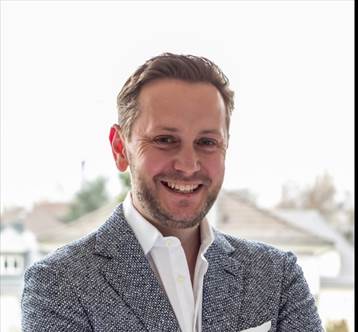 Based in Frankfurt, Arnold will direct a team of 24 Regional Sales Directors and Managers located in 12 countries in Europe, the Middle East, the Americas and China. He will be a member of Rocco Forte Hotels’ Executive Committee, reporting to the Director of Operations, Maurizio Saccani.

Commenting on his recent appointment, Arnold said: “I am excited and humbled to be joining Rocco Forte Hotels, especially at a time where it is undergoing extraordinary growth. Led by a family who has been in hospitality for four generations, it is the legacy of the Forte family that makes the company so distinctively different. I look forward to working alongside all the wonderful individuals that have made Rocco Forte Hotels so successful and contributing to the future direction of the company.”

A native German, Jan holds an MBA from Johnson & Wales University in Providence, Rhode Island. He is passionate about golf and in his free time volunteers as a freelance language teacher. Jan recently located from Dubai to Frankfurt with his wife and two young daughters.

Established by Sir Rocco Forte and sister, Olga Polizzi in 1996, Rocco Forte Hotels is a collection of 12 individual hotels and resorts. All of the hotels are landmarks, both old and new, occupying magnificent buildings in exceptional locations. Led by a family who has been in hospitality for four generations, the hotels are united by their distinctive approach to service ensuring guests experience the best of the cities and surrounding areas.