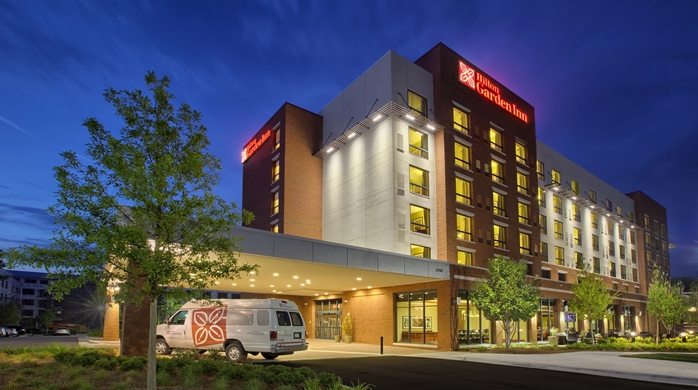 June 20, 2018. Portland, Maine. Olympia Hotel Management is proud to announce that it is currently holding the top awards for two of the world’s major select service brands, Hyatt Place and Hilton Garden Inn.

Hyatt Place Cleveland/Westlake/Crocker Park in Westlake, Ohio has been recognized as Hyatt Place Hotel of the Year for 2017 by Hyatt at their Global Select Sales Summit. The hotel also won the HyAchiever Award for meeting all sales goals and metrics as well as the STR Performance, Highest RevPAR Index for 2017. Hyatt Place Cleveland/ Westlake/Crocker Park, which opened in 2015, is owned by Stark Enterprises, who selected Olympia Hotel Management to develop and manage the project.

“We’re absolutely thrilled that both properties have been recognized for such their outstanding work in hospitality,” said John Schultzel, Vice President of The Olympia Companies. “It is a testament to the powerful combination of great people and great assets. As for the Hilton Garden Inn Durham-University Medical Center, this is their second Connie Award, the brand’s highest award. It’s also gratifying to continue our years of recognition from the HGI brand awards, which we’ve received in 2003, 2007, 2008, 2015 and 2016.”

The Hyatt Place Cleveland/Westlake/Crocker Park features 110 guestrooms and suites and 850 square feet of meeting space. The hotel offers complimentary WiFi, a 24-hour business center and an indoor pool and fitness center. There is a Free Gallery Kitchen Breakfast, a 24/7Gallery Menu & Market as well as the Coffee to Cocktails Bar. Hyatt Place Cleveland/ Westlake/Crocker Park is 13 miles from Cleveland Hopkins International Airport and less than 20 miles from downtown Cleveland.

Olympia Hotel Management (OHM) is a division of The Olympia Companies, an innovative leader in high profile real estate development, equity investment and hospitality management projects throughout the U.S. It is responsible for a new breed of sustainable, environmental and philanthropic hotels that it has developed, managed and /or owns. The dynamic and seasoned executive team at the helm of The Olympia Companies delivers expertise in hotel development, LEED building design and construction, project management, operational oversight, branding, feasibility and market analysis, as well as sales and marketing. The company currently has 23 hotel projects under management or development in the U.S. For more information, visit The Olympia Companies.