Much Ado About Millennials and Hospitality

Home/Much Ado About Millennials and Hospitality

Much Ado About Millennials and Hospitality 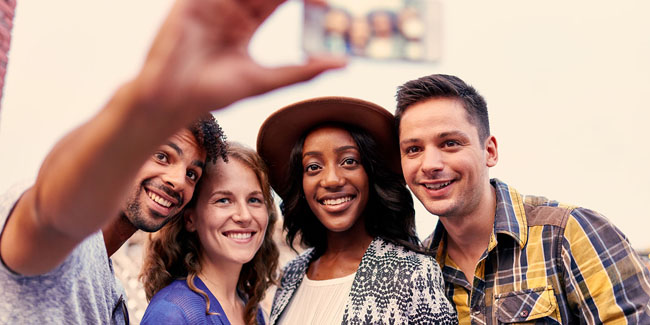 Go to a hospitality conference or forum these days and the topic of millennials is likely to crop up, and more so at the Young Hoteliers Summit staged recently at Ecole hôteliere de Lausanne. At the heart of the issue is a fundamental question for hoteliers.

Should you be thinking of changing your offering substantially to cater for this digitally-savvy generation in their early 20s to mid-30s, and, if so, what are they looking for? Are luxury hotels too stuffy and will they need to have a major re-think?

In retail, leading designer labels such as Gucci are going all-out to woo these customers, even though they risk losing some of their well-heeled, more mature consumers in the process.

At the YHS, senior executives from Four Seasons, Dorchester Collection, Belmond and Edition discussed the issue at length in a panel session entitled Redefining Luxury in the age of the Millennial.

At the start of the session, David Samson (AEHL, 2011), an Associate Director at Deloitte and an industry specialist in its Travel, Hospitality and Leisure (THL) advisory practice in London, set the scene.

It’s a hugely attractive market, two billion millennials globally, 60 percent of them living in Asia, with more than 400 million in India alone.

“They now have the highest spending power,” Samson said, adding they are now the largest group of corporate travelers in absolute terms.

But he cautioned: “They are notoriously disloyal and like to try new things,” booking last-minute via online travel agents or OTAs. “They prioritize experiences over the hotel component of a trip and deeply care about meaningfulness and shared values of the companies they engage with.”

Although none of the panelists could be called a millennial, several did feel they shared at least some of their traits.

“People make the millennials sound like they come from a different planet, that they’re not human beings,” said Rami Sayess, Regional Vice President and General Manager with Four Seasons Hotels and Resorts.

“I really think it’s about the mindset they represent and how they influence other generations. There are a lot of millennial wannabes.”

“From a behavioral perspective I think I’m a millennial myself,” said Jurgen Ammerstorfer, General Manager of Edition London, as he feels he’s ‘super-curious.’

Ammerstorfer told Hospitality Insights on the sidelines of the event that hotels “can’t be, and shouldn’t be, something for everybody. You should be everything for a small group and really cater to the needs of this particular group.” Traditional, luxury hotels are ‘more predictable’ in their offerings, he said, whereas Edition’s “focus is to tap into the experiential part of their stay.”

Edition is one of the Marriott’s stable of 30 brands but its designer differentiation stems from Ian Schrager, the ‘godfather’ of nightclubs, discos and boutique hotels. “When the guests walk in (to the hotel), it’s like “wow, this is awesome, fantastic. The music, the smell, the food. They interact with people and see people around them that they can relate to,” Ammerstorfer said.

François Delahaye, Chief Operating Officer of Dorchester Collection, which boasts hotels such as the Plaza Athénée and Le Meurice in Paris, says the group is focusing on creating trendy bars and introducing the latest technology.

“It’s not a challenge for us,” Delahaye told Hospitality Insights. “We have iconic hotels in iconic cities but we want to (attract) all the generations.”

The Dochester Collection is aiming to win over the hearts of the sons and daughters of the existing clientele. Delahaye muses that perhaps the 10-year old girl using the Athénée’s ice-skating rink will come back to the hotel one day for her honeymoon. Innovation “will become tradition afterwards and then we will need again to reinvent ourselves. So modernity within the tradition is part of life.”

The Belmond group is also aiming to win over the hearts of the sons and daughters of their well-heeled clientele.

Klaus Kabelitz, who will effectively have ‘a white sheet of paper’ when he opens the Belmond Cadogan Hotel in London as General Manager later this year, cites the example of the Belmond El Encanto in Santa Barbara, California.

Everyone in Los Angeles thought that’s for my grandparents,” he recalls. But through highlighting a glitzy wedding on social media, they were able to change perceptions. So it’s just changing the tone of your marketing, branding to say ‘you know, you should come and try (the hotel).

Le Meurice in Paris is also trying to change perceptions.

It hired a young pastry chef, Cédric Grolet, who has become something of a celebrity with some 880,000 followers on Instagram. We’re hiring millennials to help bring us innovation and ‘seduce’ the new generation, said Delahaye of the Dorchester Collection. So we’re surrounding ourselves with, and welcoming, millennials in order to evolve.

The Four Seasons group, which set up a design studio a few years ago to explore how its guestrooms should evolve, has engaged a consultancy to map out its strategy to attract millennials.

It has formed a partnership with CGK, the Center for Generational Kinetics in the US, to find out what millennials are looking for and how the hotel chain can best cater for them.

CGK had already been involved in auditing their social media channels and online presence “and they understood the Four Seasons culture which was critical for us,” said Sayess.

Each of its hotels will have internal and external review teams, “because then millennials of New York may be looking for something different from a millennial in the Maldives. The objective is to eventually come up with a playbook for every single hotel and resort,” Sayess said.

And there’s the rub. There may be some two billion millennials around the globe, but as a group they are very diverse.

Millennials in the emerging markets will have different behavioral and spending patterns to those in more affluent cities such as New York and London.

“We need to totally re-think how we approach this generation, how we facilitate their journey with us,” Edition’s Ammerstorfer said. Patience is no longer a virtue as speed and convenience have become all important. “I suppose we need to find a way of working around this. Some companies have done this very well already, while some others need to learn.”

The Relevance of Brand Relevance
The Hospitality Way of Survival After Covid-19 Crisis
Covid-19: What Should Hoteliers Keep in Mind In the Midst of the Current Crisis
Chinese Tourism at a Difficult Time
The Bear, the Bull and the Wolf: a 2020 Economy Fairytale
Sustainable Tourism: A Long Road Ahead
5 Steps to 5-Star Service Excellence, Inspired by the Ritz-Carlton
Why Businesses Should Invest in Soft Skills Training
Nine Facts About Driving Innovation Through Diversity
Is Service Excellence the New Marketing?
Coronavirus: What Impact on the Swiss Hotel Industry
Millennials in the Workforce
EHL Group Unveils Its New Singapore Campus
Sustainable Tourism: Why Should Hotels Lead in This Effort?
Tourism Satisfaction: Importance, Measurability & Impacts
Sustainable Hotels: Learnings from Designing a Carbon-Positive Hotel
Trends in Training: Simulating Engagement With Tech
The Hotel General Manager: Time for a New Job Description?
Teaching Sustainability in STEM and Hospitality Programs: Different Approaches…. Same World!
Ecosystems Strategy in the Age of Digitization