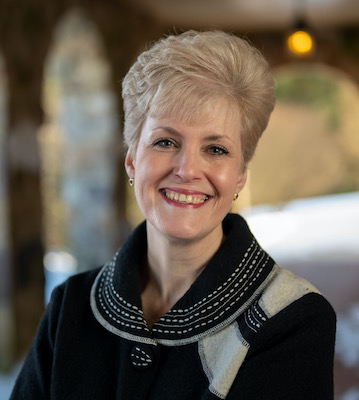 PEMBROKE, VA – March 17, 2022 – The Board of Directors of Mountain Lake Lodge — the Virginia hotel where the original Dirty Dancing was filmed 35 years ago — has announced the promotion of Heidi Stone to President and CEO. Having served as General Manager since 2013, her appointment comes at a time when the award-winning resort has not only survived the pandemic but recorded its two best years ever. The property is owned and operated by the Mary Moody Northen Endowment, Galveston, TX.

“Heidi Stone is a talented hotelier whose proven leadership and commitment is reflected through her team,” said Chris McKlarney, Administrator for Giles County, VA. “Collectively, they have made Mountain Lake Lodge into a premier Virginia destination, set for continued growth and translating to even greater opportunities throughout our community.”

Stone brings 35-plus years of hospitality experience to her new role. She and her team have transformed the historic property from near-ruin a decade ago into a thriving, highly successful lodging destination that enjoys soaring occupancy, revenues and group business, along with national recognition that celebrates its Dirty Dancing cult status.

During her extensive career, Stone has served as Director of Sales & Marketing for the independent four-star High Peaks Resort in Lake Placid, NY and Berkeley Hotel in Richmond, VA, and has worked with such brands as Doubletree, Disney World, Hilton, Omni Resorts and Peabody Hotels. Originally from upstate New York, she earned her degree in hotel and restaurant management at SUNY.

Stone’s first job at age 16 was at the front desk of a nearby hotel, whose general manager became her mentor and instilled in her enough inspiration for an entire career. Stone believed then and now that anything is possible – her advice for young people starting out in the hotel industry is to seek out a leader to mentor them. Now Stone leads with a culture that inspires employees, gives them opportunities to grow, and promotes from within.

“I was fortunate to get the mentoring and training I needed, and I want to do the same for those coming up behind me,” said Stone, who strives to grow associates “on purpose,” provide training to be their best and become long-term players. “Mountain Lake has experienced tremendous growth from within, tenure and loyalty,” she added, attributing much of the resort’s success to her management team.

Located amid a 2,600-acre nature preserve and bird sanctuary in Virginia's Blue Ridge Mountains, Mountain Lake Lodge – known as Kellerman's Mountain House in the classic movie – is still the ideal place "to have the time of your life" as it mixes modern amenities with outdoor activities, traditional family fun and nostalgia. For more information, visit www.mtnlakelodge.com.