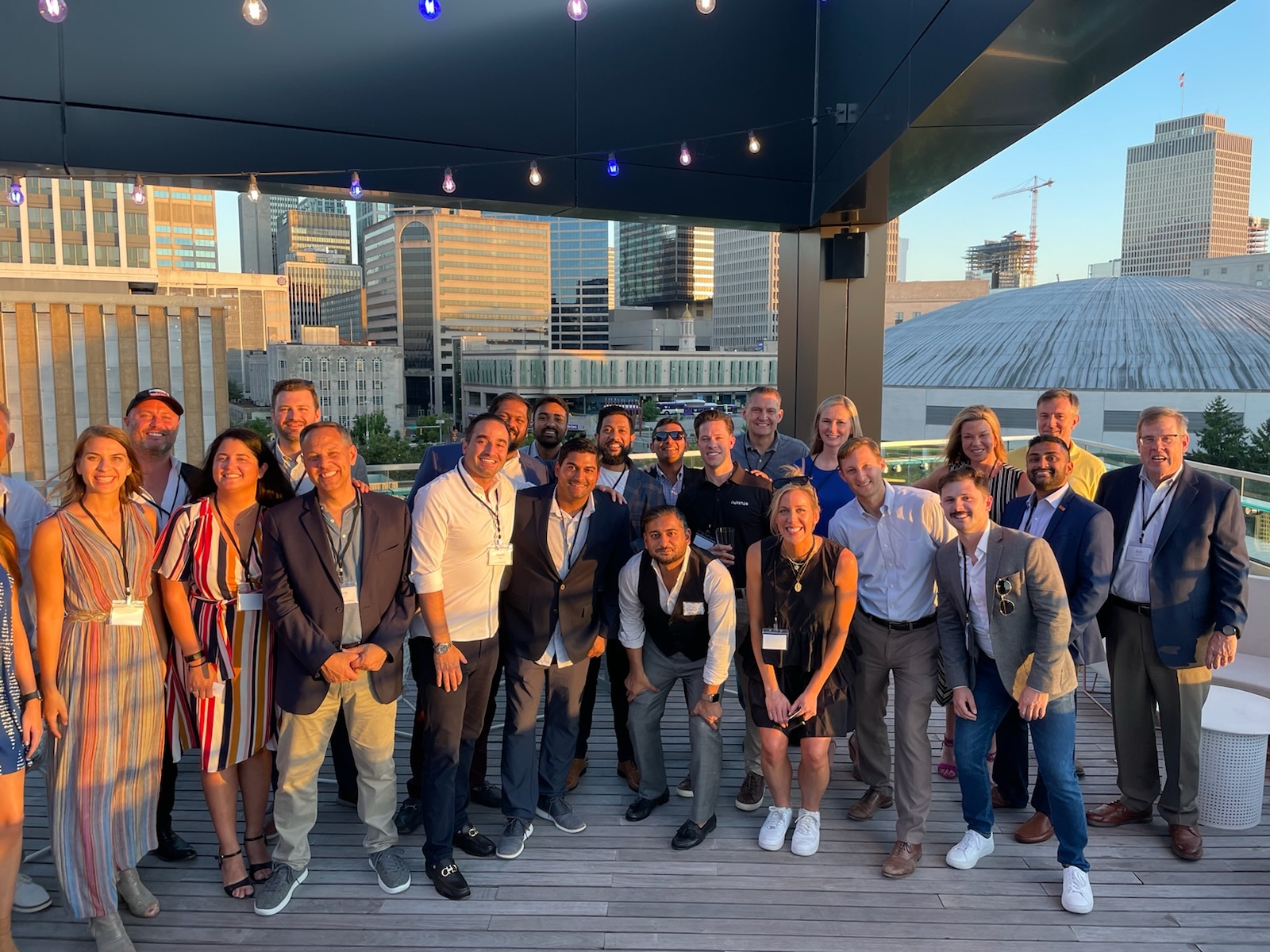 [Danbury, Conn., and Nashville, July 21, 2022] — Hotel development is alive and well and business partners are eager to get deals done. That was the take-away from the 2nd quarter Commercial Real Estate Networking Event held at the TownePlace Suites by Marriott Nashville Downtown/Capitol District, co-hosted by Meyer Jabara Hotels and Vivid Capital. More than 70 hotel developers, owners, consultants, franchise reps, financiers, designers, and construction experts met to discuss active deals and identify new opportunities to work together.

“Whenever we unite real estate and hotel professionals to discuss mutual efforts, hotel projects come to life,” said Justin Jabara, president of Meyer Jabara Hotels. “Nashville is a hotbed for hotel development. At this function, new projects were discussed, and new partnerships were formed. Multiple projects in the Nashville Metro area are underway and Meyer Jabara Hotels has been selected as the third-party manager for each.” 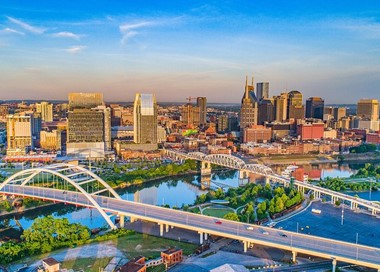 According to data benchmarking, analytics, and marketplace insights group STR, the leading provider of commercial real estate information, Nashville has been among the five best-performing urban markets throughout the pandemic, consistently posting gains to both occupancy rates and average daily prices that have helped buoy numbers nationwide. In a recent Bloomberg article, Nashville Convention and Visitors Corp. President and CEO Butch Spyridon said, “Nashville’s [Davidson County] annual hotel revenue in 2022 is projected to be 187% higher than it was 10 years ago. We had 4,200 new hotel rooms open during the pandemic, and another 3,100 are under construction to further strengthen our market. We’ve been on a 12-year roll of positive momentum.”

“People are still excited about the hotel industry, and the development outlook — especially in this region — shows no signs of slowing,” MJH VP of Development Richard Sprecher said. “With new companies moving downtown, conventions and meetings business on the rise, and COVID in the rear view, the future is looking brighter. Even submarkets surrounding the Music City are outperforming other metropolitan areas. Inflation will start to abate in one to two years as supply chain issues work themselves out. Then, when interest rates are no longer as aggressive as they are today, development will flourish. With partners like Vivid Capital, The Gettys Group, and Impetus Construction, we are putting the right people together today who will be making the best deals tomorrow.”

“We believe strongly in cultivating connections with like-minded individuals to grow and prosper together — whether the conversations take place on a call or on a rooftop,” Patel said. “We teamed with Meyer Jabara Hotels to create an outlet for collaborating ideas, growing networks, and building together. When you put great people together, great things happen.”

Molly O’Keefe, senior director of hotel design and development for The Gettys Group Companies, a co-sponsor of the event along with Impetus Construction, said there is nothing quite like building teams and moving deals forward.

“The right players were there discussing active projects, exchanging ideas, figuring out financing, and keeping the momentum moving forward despite unsure market conditions,” O’Keefe said. “Everyone who attended has a real passion for hospitality and they understand the importance of making personal connections. Intimate meetings like this are extremely productive because they bring people together with a common goal of supporting and growing our industry despite the ongoing challenges in the world. Kudos to Meyer Jabara and Vivid Capital for keeping these critical conversations going.”

Craig Floyd, Nashville Market Leader for Impetus Construction, said he was honored to be a sponsor for this outstanding networking event.

“It’s always good to spend time with business partners, old and new, and have great conversations with many of the leaders in the Nashville hospitality space,” Floyd said. “We look forward to future networking opportunities and continuing to build relationships in the market. Thanks to MJ Hotels for organizing a spectacular event.”

The 3rd quarter CRE Networking Event will be held in October.

For more information on Meyer Jabara Hotels, visit www.mjhotels.com. For media inquiries, call Barb Worcester of PRpro at (440) 930-5770 or email her at [email protected].

With headquarters in Danbury, Conn., Meyer Jabara Hotels is an award-winning hospitality company owning, operating, or leasing hotels and restaurants in 11 states throughout the eastern portion of the United States. The company was formed in 1977 as Motel Hotel Associates through the partnership of William Meyer, a specialist in real property law, and Richard Jabara, a second-generation hotelier. Their portfolio of hotels includes Marriott, Hilton, Choice, Hyatt, InterContinental, and Wyndham brands, as well as several independent hotels. The company culture, referred to as "The Journey," is considered by Meyer Jabara Hotels to be their strongest competitive advantage because it challenges and encourages each team to create special relationships, or heart connections, with the key stakeholders: business partners, associates and customers. For more information on Meyer Jabara Hotels, visit www.meyerjabarahotels.com.