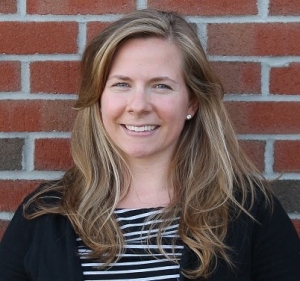 Kelly Schlitter was promoted to Director of Sales from Group Sales Manager at Aloft Greenville Downtown. In her new role, Kelly will be responsible for managing all sales and marketing efforts for the lifestyle hotel located on ONE City Plaza in downtown Greenville. A 15-year hospitality veteran, Kelly began her career as a conference services manager at The Hotel Viking in Newport, Rhode Island. She honed her sales expertise with management positions in a variety of industry sectors, including group sales, conference and spa services, and catering sales, and holds a B.S. in Sport, Entertainment and Event Management from Johnson and Wales University.

Bonnie Brown was promoted to Director of Sales at the new SpringHill Suites Lakeland, opening in the spring of 2020. For the past eight years, Bonnie has risen through the ranks and held a variety of positions with McKibbon including Sales and Catering Manager and Market Director of Sales for the company’s North Tampa hotels. She most recently served as Assistant General Manager at Courtyard by Marriott Sarasota/Bradenton Airport and holds a B.S. in Hospitality/Event Management from the Rosen College of Hospitality at the University of Central Florida.

Alison Asher has been appointed Market Director of Sales for five McKibbon-managed hotels in Tampa’s Westshore business district. She rejoins the McKibbon team from Aloft Tampa Downtown, where she held the position of General Manager following a promotion from Director of Sales and Catering. Prior to her time with Aloft, Alison spent nearly eight years with McKibbon, where she was the Market Director of Sales at Courtyard and Residence Inn by Marriott Tampa Downtown. She holds a B.S. in Sociology and Communications from Florida State University.

Headquartered in Tampa, FL, McKibbon Hospitality creates memorable hospitality experiences that inspire brand and property loyalty. It’s how we’ve grown into one of the largest (and most awarded) hotel management companies in the country. We operate hotels for Marriott, Hilton, Hyatt, IHG and other iconic hospitality brands. We guide every facet of hospitality management, including hotel openings, operations and renovations. Our legacy is built on a foundation of integrity, anchored in how we value our guests, treat our associates and partners, and give back to our communities. Visit McKibbon.com to learn more.