After more than 60 years of leadership, Mr. J.W. Marriott, Jr. confirmed to the Board of Directors of Marriott International, Inc. (NASDAQ; MAR) that he plans to retire as Executive Chairman in May and will not stand for re-election to the Board at the upcoming Annual Meeting of Stockholders. In recognition of Mr. Marriott’s leadership and his significant contributions to the Company, the Board formally designated him Chairman Emeritus, effective immediately following the upcoming 2022 Annual Meeting. In addition, the Board has elected Mr. David S. Marriott to succeed Mr. J.W. Marriott, Jr. as Chairman of the Board, also effective immediately following the Annual Meeting.

J.W. Marriott, Jr. guided what was once a family-run root beer stand and restaurant business to a global hospitality company that is today comprised of nearly 8,000 properties across 30 brands in 139 countries and territories. Mr. Marriott’s passion for the hospitality industry began at an early age. He spent his high school and college years working in a variety of positions in the family’s Hot Shoppes restaurant chain. He became a full-time associate in 1956, and soon afterward began overseeing the first Marriott hotel. He became President of the company in 1964 and Chief Executive Officer in 1972, a role he held for 40 years before stepping down on March 31, 2012. He was elected Chairman of the Board in 1985.

“On behalf of the board and the hundreds of thousands of people who wear a Marriott name badge around the world, I’d like to thank Mr. Marriott for his outstanding leadership throughout his tenure with the company. He is truly an industry icon,” said Anthony Capuano, Chief Executive Officer, Marriott International. “I’d also like to congratulate David Marriott on being elected Chairman of the Board. Not only does he have tremendous operational experience from his career at Marriott, but hospitality is in his DNA. I look forward to working alongside him for years to come.”

David Marriott joined Marriott International in 1999 and was elected as a director in 2021. Prior to joining the Board, David held a number of operational roles during his tenure with the company, including most recently as the President, U.S. Full Service Managed by Marriott, where he was responsible for oversight of more than 330 hotels operating under 14 brands in 34 states. In this capacity, he oversaw Hotel Operations, Human Resources, Sales & Marketing, Finance, Market Strategy, Information Resources and Development & Feasibility. Previously, David served as Chief Operations Officer – The Americas Eastern Region from 2010 to 2018 and he also oversaw the U.S. integration efforts of Marriott’s acquisition of Starwood Hotels & Resorts. Prior positions at the company include Market Vice President and Senior Vice President of Global Sales, where he helped lead a comprehensive transformation of Marriott’s U.S. sales organization. David is a graduate of the University of Utah. He currently serves as Chair of the Governing Board of St. Albans School in Washington, D.C. and is a member of the board of trustees of The J. Willard & Alice S. Marriott Foundation. 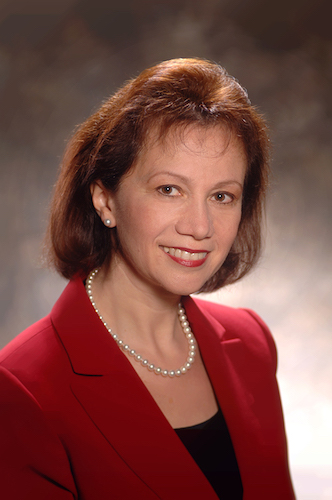 Isabella Goren to Join Board

The Board also announced today it has elected Isabella “Bella” D. Goren, former Chief Financial Officer, American Airlines, Inc. and its parent, AMR Corporation, as an independent director of the company, effective March 1, 2022. The Board also appointed Ms. Goren to the Board’s Audit Committee, effective on the same date. Ms. Goren will be included in the company’s slate of nominees for election at Marriott’s upcoming 2022 Annual Meeting.

“Bella has a long history in the travel industry, and I couldn’t be more pleased to welcome her to Marriott’s Board of Directors,” said J. Willard Marriott, Jr., Executive Chairman and Chairman of the Board. “Marriott will benefit from her valuable experience in finance, loyalty programs, customer service, and management of complex international operations.”

Ms. Goren served as Chief Financial Officer of American Airlines and its parent company, AMR Corporation, from 2010 through 2013. Her multifaceted career in the travel business spans 27 years and includes both corporate and operational roles, leading to her becoming a member of American’s executive committee in 2006. Prior to being named CFO, she led the Customer Relationship Marketing organization from 2003 to 2010, focused on enhanced customer service, implementation of personalized marketing, and deployment of data analytics and customer technology.

Ms. Goren joined American as a financial analyst and held management positions in human resources and revenue management, before becoming the Director of Investor Relations. Ms. Goren also served as President of AMR Services, a leading provider of ground services at major airports around the world and a subsidiary of AMR Corporation. Upon the sale of that business, Ms. Goren assumed the leadership of American’s Customer Services Planning functions. Her responsibilities were later expanded to also include management of Asia Pacific Operations.

“I’m excited to welcome Bella to Marriott’s Board of Directors,” said Anthony Capuano, Chief Executive Officer, Marriott International. “Bella’s corporate and operational experience, coupled with her deep understanding of and commitment to the travel business will be a tremendous resource to the company as we continue to work toward a sustained global recovery of our industry.”

The Board also announced that Lawrence W. Kellner informed the Board that he will not stand for re-election at the 2022 Annual Meeting. Mr. Kellner has served on the Board for nearly 20 years and has served as the independent Lead Director and chair of the Nominating and Corporate Governance Committee since 2013. The independent directors of the Board selected Frederick A. “Fritz” Henderson to succeed Mr. Kellner as Lead Director of the Board, effective immediately following the 2022 Annual Meeting. Mr. Henderson has been a Marriott Board member since 2013.

“On behalf of the Board, I want to thank Larry for his many contributions and for the essential role he has played on the Board and as Lead Director,” said Mr. J.W. Marriott, Jr. “Larry is the epitome of what a Board member should be – thoughtful, straightforward, knowledgeable and dedicated – and I am so grateful to him for his service. Fritz will step into the Lead Director role with ease given his ability to advise at a strategic level complemented by his deep understanding of the company’s operations. I’m grateful to Fritz for stepping into this new role and I know he will continue our board’s tradition of having truly impactful independent leadership.”

Upon Mr. J.W. Marriott, Jr.’s and Mr. Kellner’s departure from the Board, the Board will reduce its size from fourteen (14) members to twelve (12) members. With Ms. Goren’s election, the current members of Marriott’s Board of Directors will be:

Marriott International, Inc. (NASDAQ: MAR) is based in Bethesda, Maryland, USA, and encompasses a portfolio of nearly 8,000 properties under 30 leading brands spanning 139 countries and territories. Marriott operates and franchises hotels and licenses vacation ownership resorts all around the world. The company offers Marriott Bonvoy®, its highly-awarded travel program. For more information, please visit our website at www.marriott.com, and for the latest company news, visit www.marriottnewscenter.com.