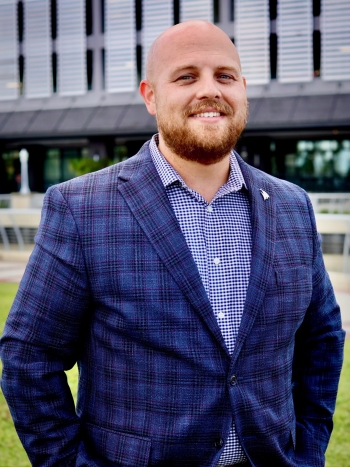 “Bobby has been a big part of Luminary from the start, and we couldn’t be happier to have him take the reins as general manager,” said Joe Collier, President and Founder of Mainsail Lodging & Development. “He knows the hotel inside and out and has demonstrated his ability to create a culture in which our associates feel genuinely valued, making him the perfect candidate to lead his fellow cast of Luminaries into the future.”

Nokley served as Director of Rooms Operations from Luminary’s opening in 2020 until April of 2022 when he was promoted to assistant general manager. During his time with Luminary, Nokley has also played a pivotal role in several new hotel openings for Mainsail Lodging & Development, including Hotel Forty Five in Macon, Georgia, Epicurean Atlanta, and Residence Inn Tampa Wesley Chapel. During his 15-year career in hospitality, Nokley has crisscrossed the country working as Front Office, Operations, and Housekeeping Manager at several notable properties, including JW Marriott Las Vegas Resort & Spa; Sawgrass Marriott Golf Resort & Spa, and Orlando World Center Marriott in Florida, and others. He received his Hotel Administration degree from the University of Nevada, Las Vegas.

Mainsail Lodging & Development is an award-winning, Tampa, Florida-based company specializing in hotel, furnished housing, and resort property management and development, marketing and sales. An established company with a dynamic entrepreneurial spirit, Mainsail prides itself in finding unique lodging opportunities with a purpose and applying its passion and expertise to each project. Founded by President Joe Collier with a combination of daring vision and dogged determination, Mainsail has built an impressive portfolio of top-branded properties throughout the southeastern United States and Caribbean. Each Mainsail property inspires guests with a distinct character and meticulously crafted, sophisticated style, from a private island resort, and urban culinary showplaces, to waterfront marvels, boutique southern hotels, and a historic jazz era icon. Stay Sojo, Mainsail’s newest brand, provides short-term furnished living options across the country, while Mainsail Vacation Rentals manages a collection of private vacation homes in Florida and the Caribbean. To ensure long-term success and profitability, Mainsail relies on the dedication of its high-performing leadership team, a growing group of enterprising investors, and a commitment to giving back, every step of the way. MainsailHotels.com