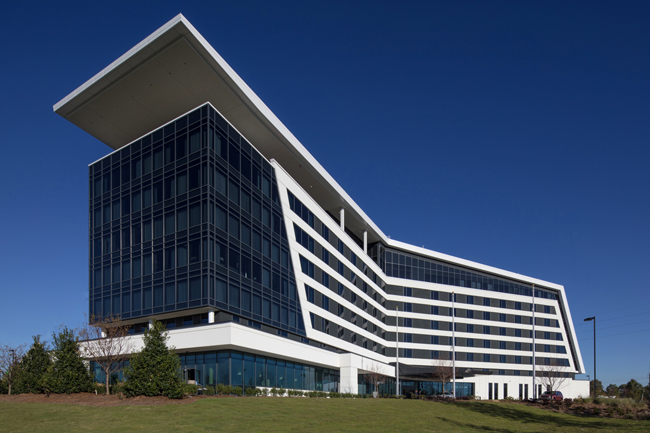 The financing is secured by the Kimpton Overland Hotel, formerly Solis Two Porsche Drive, a full-service, 214-key hotel with 9,500 square feet of meeting space, a high-end restaurant, rooftop and lobby lounges, indoor pool, and fitness center. Proceeds from the three-year, fixed rate loan will be used to take out the existing construction loan and provide working capital for the continued stabilization of the ACRON-developed hotel, which opened in November 2017.

The hotel benefits from numerous demand drivers, including the current $6 billion-dollar expansion of the Hartsfield-Jackson Atlanta International Airport, and Aerotropolis Atlanta a community-derived development plan to drive economic investment, job growth and quality of life around the airport.

Kimpton Overland is adjacent to the $100 million Porsche Cars North America headquarters, the first major development within the 122-acre Aerotropolis Atlanta. Home to 400 employees, the 27-acre Porsche facility includes an industry-first customer experience center with a 1.6-mile test track and road course. The Atlanta Porsche facility has attracted more than 150,000 visitors in its first year of operation. The common areas and many of the rooms at Kimpton Overland offer views of both the airport runways and the Porsche test track.

“In addition to helping replace the 1,000 hotel rooms that will be lost over the next five years as a result of the airport’s expansion, the supportive nature of the development in the immediate area will contribute to the overall success of the stabilization of the asset,” said Knighthead Funding East Coast Originator, Brian Sullivan, who originated the financing.