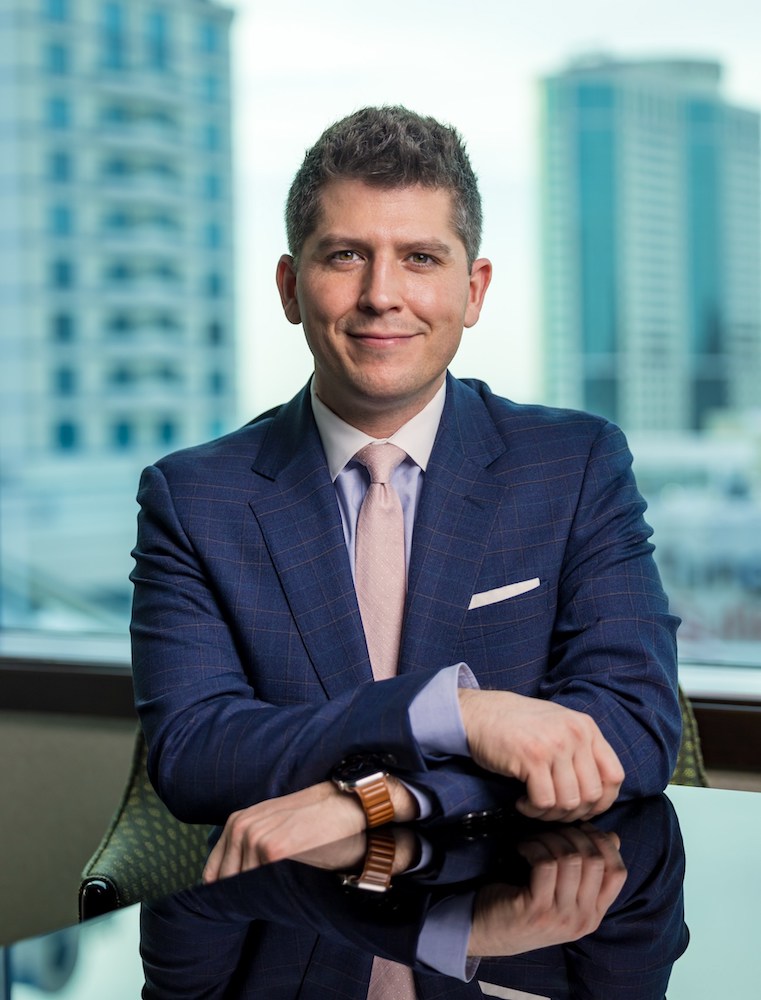 MASHANTUCKET, Conn. – March 17, 2021 – The Mashantucket Pequot Tribal Nation is pleased to announce the appointment of Jason Guyot as Foxwoods Resort Casino’s new President and Chief Executive Officer. With nearly twenty years of resort management experience as a gaming and hospitality leader, Guyot assumed the role of Interim CEO in April, 2020 and was instrumental in effectively leading Foxwoods through one of its most challenging and difficult years. He assumes the role at a pivotal time as the Mashantucket Pequot Tribal Nation sought to redefine its post-pandemic resort experiences and propel Foxwoods toward its 30th Anniversary milestone next year, celebrating its position as the Northeast’s destination for innovative gaming and award-winning entertainment.

“What Jason has done over the past twelve months has been remarkable, taking the helm of Foxwoods at the onset of the pandemic, building safety guidelines from the ground up to ensure guests feel safe, and championing a new kind of culture for our team members,” says Rodney Butler, Chairman of the Mashantucket Pequot Tribal Nation. “This is a special milestone for Foxwoods as well as our tribal family. There is simply no one more qualified, passionate or worthy to advance our growth strategies and position Foxwoods for a brighter, successful future. Jason Guyot is the right leader with the right vision to drive Foxwoods through its next phase of evolution, and we are equally proud that Jason is our first Pequot CEO.”

Guyot led Foxwoods’ COVID-19 response team, developing and implementing the resort’s extensive safety measures across its 9 million square footprint, effectively setting the industry standard for health and wellness hospitality protocols. He was instrumental in accelerating Foxwoods’ expansive evolution from a gaming-centric outlet to a true destination resort over the years, leading strategic experience-based developments including HighFlyer Zipline at Foxwoods, MONZA World-Class Indoor Karting, Foxwoods Guy Fieri’s Kitchen + Bar, Sugar Factory and much more. These diverse offerings allowed Foxwoods to define what it means to be an integrated resort destination.

“I am very honored to be appointed Foxwoods’ President CEO – a role that means everything to me,” says Guyot. “I’ve been very fortunate to have been afforded the unique opportunity to begin and advance my career at Foxwoods, driven by my desire and passion to learn and grow, personally and professionally. As a tribal member, I’m equally grateful for the opportunity to contribute toward the future success of our tribal nation. I remain personally invested in and fiercely committed to the ongoing growth of our resort, as well as our team members and tribal members, and I look forward to continuing to offer our guests superior hospitality as well as the memorable experiences they’ve come to expect from Foxwoods Resort Casino.”

In the coming months, Guyot is focused on expanding and bolstering Foxwoods’ offerings for guests, while continuing to keep safety top-of-mind.

A lifelong Connecticut resident, Guyot began his career at Foxwoods in 2003, starting as an Employment and Diversity Manager, working his way through senior roles across Human Resources, Marketing, Gaming, and Hotel Operations. He oversaw the expansion and opening efforts for the Fox Tower in 2008 before taking on the role of Senior Vice President of Resort Operations, guiding the property’s Food and Beverage, Hotel Operations, Resort Services, Engineering and Resort Sales and Development divisions.

Guyot holds a bachelor’s degree from Mitchell College in Connecticut and attended the School of Hotel Administration at Cornell University, where he completed the General Managers Program. He currently sits on the Board of Directors for Connecticut Special Olympics and Connecticut’s Tourism Advisory Council. He resides in Stonington, Connecticut with his wife and daughter.

About the Mashantucket Pequot Tribal Nation

The Mashantucket (Western) Pequot Tribal Nation is a federally recognized Indian tribe located at one of America's oldest Indian reservations, Mashantucket, in Southeastern Connecticut. As pioneers of the Indian Gaming casino industry, the history of the Mashantucket Pequots reveals one of America's greatest come-back stories, featured at the Tribe's world renowned Mashantucket Pequot Museum. Today, the Tribe owns and operates one of the largest Integrated Resort Casino destinations in North America, Foxwoods Resort Casino, along with a variety of complementary businesses including a world-class golf course, luxury spa, Pequot Pharmaceutical Network, and Pequot Plus Health Benefit Services. As one of Connecticut's highest revenue contributors and largest employers, the Mashantucket Pequots have provided the state more than $4 billion in slot revenue through a first-of-its-kind agreement, established in 1993. Likewise, the Tribe has contributed hundreds of millions in donations and sponsorships for the benefit of communities and tribes in need, locally and throughout the U.S.

As the largest resort casino in North America, Foxwoods Resort Casino offers guests a premier destination resort experience throughout its six world-class casinos; AAA Four-Diamond hotels featuring over 2,200 rooms; dining options for all tastes; luxurious spas; award-winning golf; state-of-the-art theaters; Tanger Outlet Mall; conference space for groups of all sizes; and free online casino games at FoxwoodsONLINE.com. There is always something new at Foxwoods, most recently the arrival of Foxwoods Extreme Adventures. Adventure knows no limit as guests can zipline or race around on a European-style indoor karting track. Foxwoods Resort Casino truly is The Wonder Of It All, providing a personalized and exciting escape for everyone. Foxwoods, opened in 1992, is owned and operated by the Mashantucket Pequot Tribal Nation. For a detailed look at Foxwoods Resort Casino and Mashantucket Pequot Tribal Nation visit Foxwoods.com.