How to Upsell 101: Too Much Choice Can Lead to No Choice

Home/How to Upsell 101: Too Much Choice Can Lead to No Choice

How to Upsell 101: Too Much Choice Can Lead to No Choice

Shouldn’t lots of choices be good for customers? If you ask most people whether they like having a choice, the answer will be yes. How can options possibly be a bad thing? Anyone who has worked in hotel marketing has, at one time or another, been asked to fit numerous offers into one email. Pre-arrival emails, in particular, are crammed to the hilt with hotel information and upsell choices. We call it the shotgun approach.

Having a lot of choices is great — until it’s not.

Many people argue that more choices equal more conversions. Rationally speaking, the more choices you offer your customers, the more sales you should make. That’s why most companies offer a wide variety of products, whether it’s different jeans, toothpaste, food, etc. By doing so, logically we think, our customer can find exactly what he or she likes. But giving customers too many choices can overwhelm them. This is called Choice Paralysis.

Over the past two decades a wave of research has been completed by numerous scholars into the psychological effects of “choice overload”. They found evidence that while people want choice, choosing from an ever-expanding array of options can be daunting. Too much choice can hurt our ability to make decisions — so much so that consumers shy away from the process altogether. One such study that supports this theory is The Jam Study. In 2000, psychologists Sheena Iyengar and Mark Lepper from Columbia and Stanford University published of body of work that found that consumers were 10 times more likely to purchase jam on display when the number of jams available was reduced from 24 options or more, to 6. Barry Schwartz, another well-known psychologist, went on to describe this phenomenon in his famous book as “the paradox of choice”: While we consider variety to be a good thing, at the same time, it makes our decisions far more challenging.

Online Conversion: Too much choice leads to no choice

Since then there has been a ton of research on the topic and studies in other areas, like food and clothing and all have shown similar results. Not surprisingly our ability to choose offline also translates online. A recent consumer report discovered that more than half (54%) of consumers have stopped purchasing products from a brand or retailer website because choosing was too difficult, with 42% admitting to abandoning a planned purchase altogether because there was too much choice.

When consumers are presented with multiple offers online, they have to decide which product they want to focus on. Then, they have to decide whether or not they want to act on that offer. This divides attention between choices and requires more decisions. The delay in decision making can prove damaging on an ecommerce site because it tends to result in users giving up. They are paralyzed by the choices, significantly reducing the potential number of people who eventually make a purchase.

The same can be said for e-Marketing. More call to actions (CTAs) won’t increase your chances of getting a conversion. In fact, according to the jam study, the more you ask of someone, the less likely they’ll do anything.

Upsell Emails: Are you going to be personal or not?

That’s not to say choice is bad. If you are in the grocery store and you see a shelf of different kinds of tomato sauce, you will probably find one that meets your taste. Long ago, companies learned that there is rarely one absolute best option – everyone has their view of what is best.

That’s why we see many different options for appetizers and entrees at a restaurant. However, when you ask the waiter for a recommendation, you don’t want to hear 10 options. You want to hear something personal and targeted.

The email you send the customer is also a recommendation. It is personal. If they have already booked a room with you, you have a relationship established. They are not shopping at the store anymore. You are the waiter at the table and you’re delivering a recommendation. Keep the email short and geared towards the upsell, as outlined in this post on ROOMDEX’s website.

We all know the power of personalization. But let’s not forget the power of simply being personal. Delivering one or two offers will feel more personal. And it works. Wordstream found that emails with a single call-to-action increased clicks 371% and sales 1617%. In addition, personalized CTAs convert 202% better than default versions.

The moral of the story is that while choice is often good, you still want to manage the buying process. If you don’t have a relationship with a customer, sometimes a breadth of options – as long as it is reasonable – is like a big net. You don’t know who the customers are, so you are hoping they find something they like.

But once you have a relationship, leverage the power of that connection. Now is the time to be personal. Don’t overwhelm them with choices. Upsell emails are a huge opportunity for hoteliers to engage with their guests and at same time help maximize ADR. But, in order to be successful, upsell emails need to simple, personal and relevant.

ROOMDEX automates, monetizes and ultimately simplifies the hotel room upgrade process by putting the power of choice in the hotel guest’s hands. Founded early 2020 by Jos Schaap, Pierre Boettner and Denis Bajet, 3 industry veterans (Ex. MICROS (now Oracle Hospitality), StayNTouch, Shiji and Nor1) who together bring over 90 years of hotel software experience around integrations, PMS, revenue management, BI, mobile, self service and upgrade optimization software. The first product “Room Upgrade / Upsell Optimization”, has delivered high margin revenue and ROI to hotels in LOW and in high occupancy periods. ROOMDEX has signed over 5,500 rooms and 60 hotels. Find more about ROOMDEX on www.roomdex.io or subscribe to our mailing updates here. 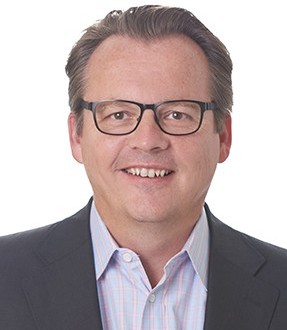 Jos is a well-known hospitality software executive and entrepreneur, with over 30 years of experience in hospitality and software. He is CEO at ROOMDEX , which he co-founded early 2020 to bring automation around room upgrade & upsell revenue optimization (high margin revenue) as well as forecasting to hotel operations. Prior to ROOMDEX he founded StayNTouch Mobile PMS. StayNTouch became one of the new leading PMS providers and was successfully sold to Shiji Group in 2018. Prior to StayNTouch, Jos spent 17 years at MICROS Systems Inc. (Now Oracle Hospitality), most of it, as Senior Vice President in Global Product Development and Strategy for the Hotel and eCommerce Divisions. Connect with Jos on LinkedIn.

Cendyn Announces Partnership With OpenTable to Integrate Hotel Reservation and Dining Data Into a Unified Guest Profile
The True Heart of Hospitality Is Human Kindness, Especially to Strangers
Wag! Survey Reveals 94% of Travelers Would Trade In Favorite Hotel Amenities for Pet-Friendly Accommodations
Virgin Hotels Edinburgh Partners With InnSpire to Offer Cutting-Edge Guest Experience, Casting and Contactless Service Capabilities
Good Intentions Can Be More Important Than Perfection
SHR, Stayntouch Launch Timely Resource to Help Hoteliers Improve Guest Experience While Automating Operations
youtip to Host ‘Catch Cash for a Cause’ to Support HFTP Foundation at HITEC Orlando
Understanding Consumer Behavior: How to Influence the Decision-Making Process
Another Lesson on How to Handle Angry Customers: Don’t Smell the Milk
How to Win Guest Loyalty for an Eco-Conscious World
3one3 Boutique Hotel Streamlines Operations and Delivers Contactless Guest Experience with Stayntouch PMS
Swire Hotels Turns to IDeaS for a Unified Revenue Management Solution Across Properties
Hilton Trains Waiters and Waitresses to Become ‘Waitographers’ in Order to Capture the Perfect Photo
Hospitality Financial Leadership: The First Fifty
The Top 5 Drivers of a Successful Company Service Culture
youtip Presenting on “The Power of Tipping: Going Beyond the Money” at HITEC Orlando
A Lesson from Michelangelo: Details Matter
The Dewberry Charleston Sees Monumental ADR Growth & Time-Savings With IDeaS: A Case Study
Hotel Sales: When Product, Process, Place, and Price Are the Same, People Make the Difference
Nomadix and Telkonet Create Smart Room Experiences for Hotel Guests