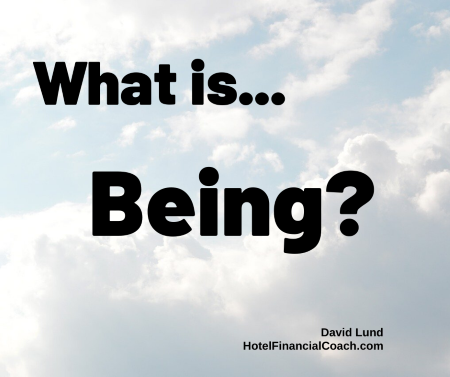 The first two days at the Norton were like the first two days in junior high. Finding my way to my locker was comparable to navigating the maze that is a 100-year-old hotel. The Norton is in many ways much like the Stow. Elegant and discriminating to the eyes of the customer and behind the curtain in the back of house she shows her age.

The staff greeted me with smiles and warm welcomes at a reception that was held on the afternoon of the second day. Ann was gracious in her comments to welcome me with the staff and I in turn said a few words to the audience and that was that. I hate these things.

As the crowd began to disperse a familiar face once again entered the room. His appearance was an obvious hit with the remaining staff and many of them took time to greet him. Once the colleagues left, it was me, Ann and Mr. D! Ann had a few words with Mr. D and then she bade us farewell. I was left alone with my guest and he suggested we take a walk. I agreed and we left the hotel ballroom and made our way to the exit which opened up to the terrace overlooking the park.

Today is a beautiful day, I thought. At the Norton, tourists and locals love the expansive deck that is attached to the hotel. It is massive and the best part as far as I’m concerned, is it is owned by the city, a leftover from the 1955 World’s Fair.

Mr. D asked me to call him Milford and asked if he may call me Oliver. I agreed. He then asked me what I know about him or his assignment. I played a little dumb, but not really, and told him I knew very little about the assignment and nothing about him.

We took a seat on one of the many benches on the terrace and he began to tell me his story. He was a young man when he first worked at the hotel before the war. He was a bellman and a waiter but felt compelled to enlist in the army and go fight in the war to end all wars. He was gone five years and was promoted in the army to sergeant. While in the service he met and married a lady from Switzerland. Once the war was over, he planned to live with her in Switzerland.

Her father was a hotelier and he had offered Milford a job to help him run their small chateau on Lake Geneva. After a couple of years, the hotel was doing very well. The father was offered a great sum for the hotel and sold it. The plan was to take the proceeds and buy a hotel in Paris. The father took the night train from Geneva to Paris to purchase the hotel with the proceeds from the hotel sale in hand. As the story went her father left the sleeping cart to enjoy a cigar only to return to find his money gone. With that Milford and his bride left Europe to return to the city and he found a job again at the Norton as the assistant front office assistant manager. One thing led to another and 10 years later he was promoted to the general manager.

What a nice story, I was thinking and, What on earth does it have to do with me? I was polite and asked him about his family, his wife, their children, his father and his career. I learned that he spent the next 30 years at the hotel and retired nine years ago. In turn he asked me about my life and career. I told him a little about my family growing up, my early career at the Crytonn and oddly enough I told him about Pierre and his influence on my path.

Milford listened intently and when I was complete, he asked me an odd question. He asked if I knew about service. To which I replied, “Of course, it’s what our business and our people are all about.”

To which he replied with a question, “What about your service?”

Here we go, I was thinking. Is this man really going to lecture me about service?

“What do you mean?” I asked, somehow knowing we were not thinking or talking about the same thing.

“Oliver, are you willing to learn the secrets to service leadership?”

I thought for a moment and my reply was slow and purposeful, “I am sure Cedrick has filled you in on me and the Stow. I also know Ann speaks very highly of you. You must also know that Cedrick has given me an ultimatum. I have worked for over 25 years in this business and you speak of service like it’s some kind of new age touchy feely wave of the day. Don’t you think I know what service is?”

Milford looked out to the river and smiled. He took a moment and then told me, “The service I can teach you is how to be. How to be the leader that builds a team through service to its constituents.

“You see, Oliver, service is not doing it’s the being that matters.” He then asked a question, “What and who are you being?”

“Being,” I replied, “What on earth does that mean?”

Milford smiled again and said, “If you’re willing to serve first, the being will take care of itself.”

Now I was more confused than ever.

With that confusing exchange over, Mr. D. stood up and said our first lesson was the next day and we would need most of the morning.

“You have all the choice, and one other thing, Oliver,” Milford continued, “Under no circumstances are you to give anyone of the staff or your leadership team any direction until I tell you it’s OK to do so. Are we clear on that as well?”

I swallowed hard and he extended a hand. So we agreed, and off he strolled down the terrace like he owned the place. What have I gotten myself into and how can I be a GM and not tell people what to do?

On my drive home that evening I reflected on my day and the one thing that I did not understand at all was the statement and question about being. Doing is what I understand.