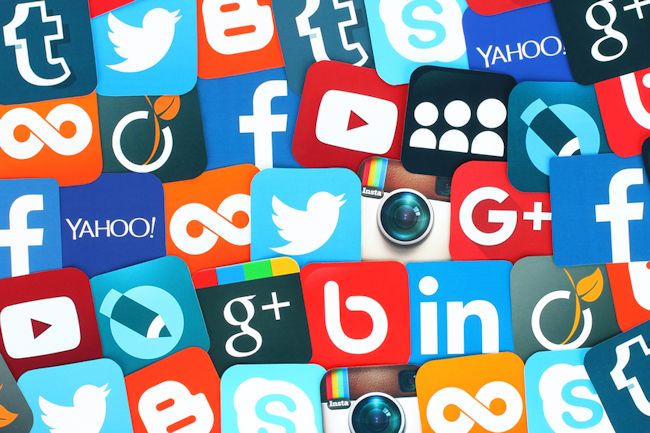 Young people and old people use different social media platforms and behave differently online. Everyone knows this…or at least they should. And it has powerful implications for your digital marketing strategies.

It all started from the very onset of social networks which were peer-to-peer outlets for early millennials while boomers were still completely in the dark. Facebook played a big role in changing this dynamic. What started as an interface for university students soon took on high school pupils, college alumni and then everyone could sign up. As Mark Zuckerberg’s character in The Social Network repeatedly drives home, Facebook was designed to be a ‘cool’ app. But what’s cool about sharing a digital platform with your parents or grandparents for that matter? And so it came to pass that once us ‘old farts’ latched on to Facebook, the teenagers and twentysomethings migrated to newer, cooler social media like Instagram, Snapchat, Vine and, most recently, Periscope.

The moral of the story is that the advent of social media is still in its relative infancy, meaning that each platform’s functions are ever-shifting and their user bases equally as mercurial. If you want to effectively target younger millennials (and in the next few years, teenage Gen Zers) with a promotion, would you have more success using Facebook Ads and the site’s promoted posts functionality? Or would you be better off starting an Instagram or Snapchat channel with frequent updates, rich visual content and adeptly positioned captions?

Even though there is quite a lot of excitement surrounding the burgeoning, ‘younger’ channels like Snapchat or Meerkat and their marketing potential, such apps aren’t accessible or widely adopted by crowds over the age of 30 – otherwise known as ‘people with real disposable incomes’. While I’m not discrediting twentysomethings or teenagers in terms of travel influence, it’s safe to say that unless your product is primed to specific target the more youthful members of our society, you’d be better off steering towards those individuals with steady incomes and a bit of flex in their budgets.

Yes, millennials are the future when it comes to purchasing power and you must patiently work to build a fan base in these demographics so that you can generate brand recognition and loyalty in the coming decades. But for the time being, boomers have the thickest wallets and they want to live large.

An incongruity in social network usage does not presuppose that boomers are luddites either. Many are tech laggards, but they’ve woken up to the imperative for adapting quickly to new apps or devices with universal relevance. My thought is that the 2008-2009 crash and the resultant focus on efficiencies ended with many boomers losing their jobs and unable to find new ones as their skill sets were replaced by robust new software and young workers fluent in its use. Undoubtedly this was also a stern wakeup call to all the quadragenarians and older that they better accept this new reality or find themselves displaced.

Enough rambling and pontificating! If you are hoping to gain social influence amongst an older population set, your first stop should indeed be Facebook. It’s a hub for news and events with the opportunity for direct communications via comments or private messages. More importantly, while the youngins have drifted over to the visual-centric platforms, this billion-user-plus social network has been wholly embraced by boomers.

For those of you who can only allocate minimal resources to social media, it is acceptable to treat your Facebook fan page as a copy of your hotel website’s blog, events and promotions sections. This works because the average consumer is more likely to regularly log in to this social network than he or she is to check out any recent updates to your website. Furthermore, once users are logged on, they prefer to stay within that portal to get a snapshot of daily happenings, newsfeeds and pertinent information. (This same principle applies to LinkedIn, but that is more of a B2B communications tool while our discussion today pertains to B2C strategies.)

Key here, unlike Twitter, is to limit your frequency to only the most titillating stories – the ones that are actually going to generate click-throughs back to your website. Whereas if you were going to target millennials with a Snapchat promotion, a good base frequency would be several photos shared per day, Facebook should only average around once (or twice maximum) per week.

Do any other social media apply? Pinterest, Tumbler, Yummly and any other hobby-focused sites are great if you have wares worth the effort of starting a curating a page on this niche platform. In many ways, these catalogue-style social media can be likened to Instagram but with much heavier penetration in the thirtysomethings and older. If you have a creative chef who is churning out masterpieces on a daily basis or if you are highly involved in the local art scene, these sites are a worthy avenue to showcase some of the more exceptional aspects of your hotel.

All this, though, presupposes a rather naïve question: is social media even worth the trouble to reach people in elder demographics? The online channels are evolving so quickly, who is to say that Instagram and Snapchat won’t also have widespread boomer adoption in five years time? My bet, however, is that we have reached some sense of normalcy in social media. So, in a word: yes – social media is a viable path to reach the elder eyeballs, no matter how much macular degeneration or cataracts have set in.

The two aforementioned photo-sharing apps are designed for exceedingly frequent usage, and time becomes quite fleeting when you’re in the midst of a career, raising a family and keeping up with mortgage annuities. Recurrent distractions during the day just aren’t possible when real life hits. Hence, social media, all other forms of leisure, gets left for extended breadths of time where a proper perusal of the site is feasible – roughly 15 minutes or longer, during the evenings, lunch breaks and the doldrums of quiet afternoons at the office.

I could go on for pages about appropriate social media protocols, but this seems like a good point to turn it over for comments. What differences in social media usage have you observed between the different generations? What networks are best for whom? Or, when it comes to boomers and retirees, should hotels cling on to traditional marketing tactics with only lip service given to these new age online platforms?

One of the world’s most published writers in hospitality, Larry Mogelonsky is the owner of Hotel Mogel Consulting Limited and founder of LMA Communications Inc., an award-winning marketing agency based in Toronto. His experience encompasses hotel properties around the world, both branded and independent, and ranging from luxury and boutique to select-service. Larry is also a principal of Cayuga Hospitality Consultants and is on several boards for companies focused on hotel technology. His work includes three books “Are You an Ostrich or a Llama?” (2012), “Llamas Rule” (2013) and “Hotel Llama” (2015). You can reach Larry at [email protected] to discuss hotel business challenges or to book speaking engagements.