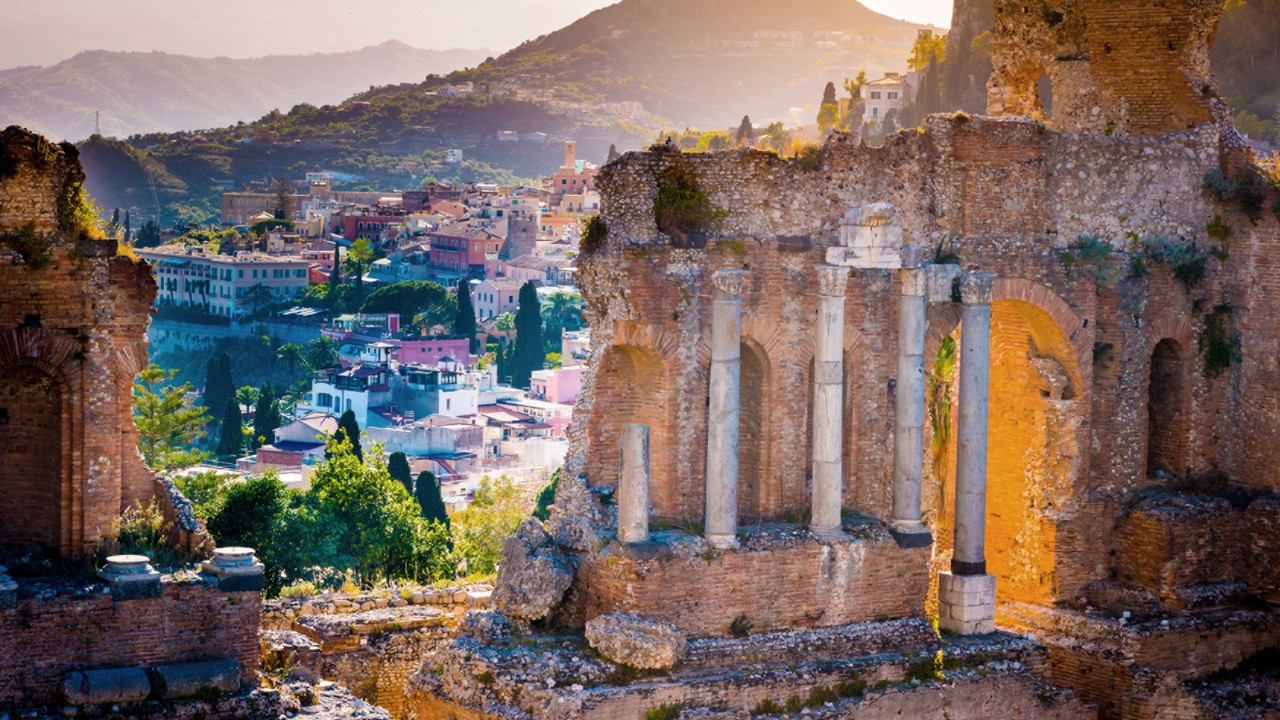 Four Seasons Hotels and Resorts, the world’s leading luxury hospitality company, together with Gruppo Statuto, one of the leading hotel development companies, is happy to announce that the celebrated San Domenico Palace in Taormina is under an extensive renovation program and will be unveiled as San Domenico Palace, Taormina, A Four Seasons Hotel.

San Domenico Palace is ideally placed on the hilltop town of Taormina on the eastern shores of Sicily, overlooking the Bay of Taormina and the Ionian Sea. The Hotel features multiple terraces with clear views of the surrounding waters, as well as Mount Etna, a UNESCO World Heritage Site, a beach club, lush gardens, and several restaurants and bars including the two-Michelin star restaurant, Principe Cerami.

The Hotel comprises of an ancient Dominican monastery from the 15th century, as well as a Grand Hotel Wing that was added in 1896. Guest rooms and public spaces feature original architecture and facades from the historic building. Regarded as one of the most famous hotels in the world, San Domenico Palace welcomed notable guests including Oscar Wilde, Elizabeth Taylor, and DH Lawrence, among many others. Along with idyllic natural surroundings, Taormina is also home to countless historical attractions, including an ancient Greek Theatre and the Corvaja Palace from the medieval era.

“San Domenico Palace is an extraordinary property in one of Italy’s most historic and charming destinations, and to extend our presence in the region with this iconic property is a privilege,” says John Davison, President and CEO, Four Seasons Hotels and Resorts. “Following many years of successful partnership with Gruppo Statuto through our hotel in Milan, it is an honour that they have chosen Four Seasons to manage this beautiful hotel, and we look forward to collaborating together on this new project and welcoming guests to a new Four Seasons experience at the San Domenico Palace.”

“We are very excited to announce the next chapter of the San Domenico Palace as a Four Seasons hotel. We trust that our important investment in the refurbishment of all hotel areas, maintaining the atmosphere of the historical Convento and the beautiful Palazzo, will perfectly match Four Seasons legendary service, creating the most successful guest experience,” says Giuseppe Statuto, owner of Gruppo Statuto. “Taormina is an incredible destination, and we look forward to showing guests both old and new all that the region has to offer in partnership with Four Seasons.”

Following extensive renovations, the Hotel will reopen with 111 guest rooms and suites, a new beach club and restaurant, along with the two-Michelin star restaurant, Principe Cerami, as well as enhancements to the current facilities and public areas. The Hotel will also include a state-of-the-art spa with seven treatment rooms, an indoor pool, and a Turkish bath. Guests can look forward to exceptional service and updated amenities when visiting San Domenico Palace, Taormina, A Four Seasons Hotel, while retaining the atmosphere and allure of the Hotel’s historic surroundings.

Gruppo Statuto owns and develops luxury hotels at the top level of the market.  The Group’s activity also includes residential as well as High Street retail developments both in Rome and in Milan. Gruppo Statuto owns some of the most iconic luxury 5-stars hotels in the country, among others, the well known Four Seasons Hotel Milano, the iconic Hotel Danieli in Venice, which will soon undergo an important refurbishment, and other Hotel projects that are under development in Rome and Milan city centres.

The Four Seasons collection of unique and architecturally important heritage hotels includes buildings whose origins range from the fifteenth to the early twentieth centuries: