Eye Tracking in 2017 for Google Hotel Searches: Why the Old Rules Don’t Apply

Home/Eye Tracking in 2017 for Google Hotel Searches: Why the Old Rules Don’t Apply

Eye Tracking in 2017 for Google Hotel Searches: Why the Old Rules Don’t Apply 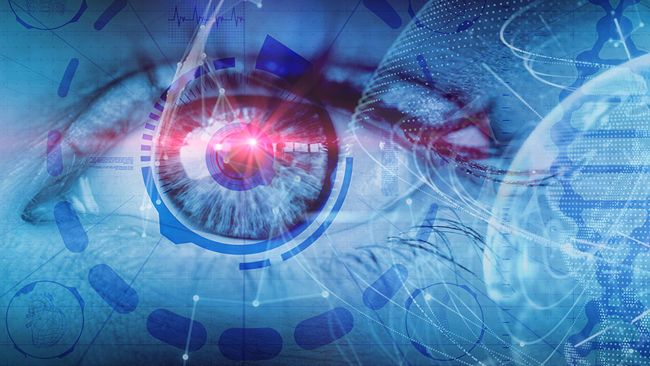 When one of the first eye-tracking studies on Google search engine results pages (SERPs) came out in 2005, researchers from Mediative discovered that there was a distinct pattern to the way people read the pages—what became known as the “Golden Triangle.”

By 2014 a new eye-tracking study found that this model had shifted, owing to many changes and developments in Google search pages. Instead of the distinct triangle, the heat maps showed an elongated “F,” illustrating how users had significantly gotten used to scrolling down SERPs to find what they needed.

Below are shots from the two famous studies, with the 2005 “Golden Triangle” on the left and 2014 distinct F-shape on the right:

But Google never stops tinkering, and given its ambitions in the travel market, search results pages for travel brands—particularly for hotels—have continued to evolve. One of the more significant changes in the past few years has been the evolution of brand name hotel searches. When a user now searches for a particular hotel name, the right column of the search results page is populated with Google’s own business listing, followed by a metasearch tool to search prices, followed by reviews and other relevant searches, as shown below:

At Travel Tripper, we wanted to figure out if the new changes to hotel name SERPs had any effect on the way users were now interacting with the page. We worked with new biometric platform Sticky to run tests on three different Google SERPs using different hotel names. We wanted to find out:

We submitted three Google search results pages to the platform and tested it with a standard sample size of 100 users, who were given 15 seconds to look at each page. For each page, we recorded the eye-tracking, as well as asked users follow up survey questions related to the pages.

Across all three eye-tracking tests, it was clear that the F-model no longer applied in these cases. Consider the results from a search on the New Yorker Hotel:

For the study, we had subdivided the pages into 4 major areas of interest: 1) in blue, the Google Ads on the top left, 2) in green, the hotel business listing provided by Google on the top right, 3) in red, the Google metasearch tool and paid links under the business listing, and 4) in purple, the organic listings.

Our results showed that the content in the right column was clearly influencing how far users were willing to look at organic listings. Consider the following chart, which shows the percentage of people who saw each area of interest:

Across all three tests, close to 100% of people saw the Google search ads on the top left. Approximately 92% saw the Google business listing to the right, 86% saw the metasearch ads, and 82% saw the organic listings. The large range in percentages—from 72% to 96%—appeared to correlate with the number of ads shown on the page. In short, the more Google ads per page, the less likely a user was to see the organic listings.

How does “seen” data correlate with where people click?

We asked users to indicate which link they would mostly likely click on after seeing the three SERPs. An aggregate of the answers showed that a total of 55% would click on the paid link first. Approximately 28% indicated they would click on an organic listing, 10% on a metasearch link, and 7% elsewhere (i.e. hotel photos in the business listing).

Interestingly, when asked whether knowing a link was a paid ad would influence their likelihood to click on it, a majority 44% said that they would be less likely to click if they knew it was an ad.

However, our research also indicated that many users simply didn’t realize when ads were ads. For the Google search ads, more than 1 out of 4 people (28% of users) didn’t realize that the top listings on the SERP were ads.

And even fewer people were aware that the links in Google’s metasearch tool in the right column were also paid ads. Approximately 2 out of 5 people (43%) indicated that they were not aware the links were ads.

Considering the design is quite busy and only barely includes a small “Ad” symbol on it, the results were unsurprising. Here’s an example:

The importance of search ads and ad position

In the case of Capitol Hill Hotel and Park Lane Hotel, the overwhelming majority of users indicated they would click on either the first or second listing on the page, both of which are ads. The first position ad slightly edged out the second in both cases. Though Capitol Hill and Park Lane’s SERPs had 3 and 4 paid search ads respectively, very few users indicated they would click on the third or fourth position ad.

In the case of the New Yorker SERP, which only showed 2 search ads, the clicks were more evenly spread between the 1st and 2nd (paid ads) and the 3rd (top organic listing).

So what does this mean for hotel marketers? In our experience with PPC marketing, hotel brand name searches are typically end-of-funnel searches, meaning that the traveler has already gone through the browsing phase and is ready to book. Because the majority of clicks go to those top paid listings, it’s become crucially important for hotels to own that top spot in Google Ads in order to best capture traffic from travelers who intend to book.

Interestingly, although the heat maps seem to indicate that people are drawn to the right side of the Google SERP where the business listing and metasearch are located, only a minority of users indicated that they would click in that region first (17%).

Priceline’s CEO once famously implied that SEO was dying in importance. At first look, the results of our study seem to illustrate why—the more ads on the page, the less the organic results are seen or clicked on. However, we’re not ready to discredit the importance of SEO.

First off, a large percentage of users still distrust ads, as indicated by the 44% of people who said they would be less likely to click on a paid ad if they knew it was an ad. Secondly, a significant portion of users (28%) indicated they would click on an organic link first.

In our study, several users left comments on reasons why they clicked on a specific link first. A few of them specially indicated that they chose the link because it was a “link to the hotel website directly.” While we aren’t able to draw statistically significant conclusions about this, we find it encouraging that many people actively seek out the hotel website in their searches and want to click on them (whether they actually do is another story).

What can hotel marketers learn from this?

Our eye-tracking study confirmed something we had suspected since Google switched to this new SERP formatting for hotel name searches. The addition of the business listing box and metasearch tool appears to keep eyes focused on paid areas of the SERP for a longer period of time than with the old model.

Given that Google makes $12+ billion per year on advertising from travel industry alone, this makes sense. However, we also know that Google says time and again that their focus customer is not advertisers, but actual search users. Everything they’ve done in the travel vertical has always been in service to the end-user—getting them the information they want in the quickest way—and this new format must effectively serve that purpose in some way.

What this means is that many digital marketers, especially in travel, have really wised up in creating ads that people want to click on. Many factors, from the words used in ad copy, to the offerings you present and how you present them, play an important role in the effectiveness of a search ad.

But if there is anything that hotels need to keep in mind, it’s that Google doesn’t stop changing—ever. Digital technology changes at a breakneck pace, and hotel marketers will always need to stay on top of what tech leaders like Google are doing if they want to stay relevant in the market.

Interested in learning more about this study? Join us for a digital marketing webinar on Mar. 22, where Tris Heaword will share his insights from the study. Also featuring panelists from Google, Voyat, and Highgate Hotels. Visit http://try.traveltripper.com/optimizing-your-booking-funnel-webinar/ 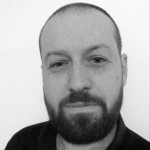 Tris is the Director of Digital Marketing at Travel Tripper with an extensive history in digital marketing and expertise in e-commerce, booking revenue maximization, and search network advertising and retargeting.

Technology Innovator Travel Tripper & Pegasus Deploys ADA-Compliance Monitoring Across Dozens of Hotels, Brands
5 Ways to Market to Your Guests With Instagram Stories
How to Entice Corporate and Bleisure Travelers to Book With Your Hotel
How 5 Hotels Compete With OTAs by Showcasing Unique Local Experiences
Beat the OTAs: Use Your Hotel Website to Tell a Unique Brand Story
How Artificial Intelligence Is Revolutionizing the Travel Industry
Now Available for Download: Technical SEO on the Hotel Website eBook
Consumers Want Amazon to Be a Travel Booking Site – What Can Hotels Learn?
Are Travelers Falling out of Love With Airbnb?
The State of SEO in 2018: What Hotels Need to Know
Understanding the True Cost of Distribution: Are You Leaving Money on the Table by Ignoring Your Direct Channel?
Is Your Hotel Selling Rooms or Experiences?
5 Big Hotel Website Design Trends for 2018
Revisiting Chat Apps: What Messaging Platforms Are Best for Your Hotel?
What Is Social Proof, and How Can You Use It on Your Hotel Website?
6 Hotel Booking Trends We’re Watching in 2018
The Importance of Data Transparency in Hotel Marketing
How to Encourage Guests to Write Hotel Reviews on TripAdvisor, Yelp, Google and Facebook
5 Ways Hotels Can Use Behavioral Economics to Improve Conversion Rates
New Hotel Booking Sites Take Advantage of Industry Loopholes