When investing in hotels, recent year-over-year trends in revenues and profits, along with current performance values, are two of the metrics most frequently evaluated. Investors need to balance the current levels of a property’s occupancy, ADR, revenues and profits, with the recent direction of the changes in these measurements. In an attempt to time the market, some people prefer to invest in hotels that are currently achieving low levels of revenues and profits, but are coming out of the bottom of the cycle and achieving strong gains on the top and bottom lines. Others prefer hotels that have are approaching, or are achieving, peak levels of performance.

To evaluate the performance of extended-stay hotels in the U.S. we analyzed operating data for a sample of 360 upper- and moderate-priced properties that submitted data each year from 2010 through 2017 to CBRE’s annual Trends® in the Hotel Industry survey. For this analysis, the upper-priced sample consisted of hotels affiliated with extended-stay brands in the upscale segment. Moderate-priced extended-stay hotels are affiliated with brands in the upper-midscale and midscale segments. Economy extended-stay hotels were excluded from this analysis to avoid a significant bias in the sample. Estimates of 2017 performance (2017E) were made based on the preliminary results of our 2018 Trends® survey.

The following paragraphs summarize the findings of our analysis.

In aggregate, the properties in the extended-stay sample achieved compound annual growth rates (CAGR) of 4.8 percent in total operating revenue and 6.3 percent in gross operating profits (GOP) from 2010 through 2017E. While strong, these growth rates are less than the 4.9 percent CAGR in revenue and 7.3 percent CAGR in profits achieved by the entire Trends® survey sample inclusive of all property types.

During the depths of the 2009 industry recession, extended-stay hotels suffered significant double-digit declines in revenues and profits, but not to the same extent as the overall U.S. lodging industry. This helps to partially explain the relatively lower growth rates in performance for the extended-stay sample, compared to all U.S. hotels during the study period.

Despite the slower historical growth rates, it is estimated that the extended-stay sample will continue to achieve significant premiums in both occupancy and profit margins compared to the overall Trends® sample. By capturing demand for five or more days, not only are occupancy premiums achieved, but so too are operational efficiencies. Fewer check-ins and check-outs, limited levels of housekeeping services, and a lack of retail food and beverage all lead to the 50.1 percent GOP margin estimated for the extended-stay hotel sample in 2017.

While the moderate-priced properties have experienced greater performance growth rates over the past seven years, the upper-priced extended-stay hotels are estimated to have achieved operating premiums in 2017. During the year occupancy for the upper-priced sample is estimated to have been 80.9 percent. This is greater than the estimated 78.6 percent annual occupancy rate for the moderate-priced sample.

In the March 2018 edition of Hotel Horizons®, CBRE is forecasting the demand for U.S. hotels to increase by approximately 2.0 percent each year through 2022. This implies that economic indicators such as income and employment will continue to remain healthy and generate lodging demand. Given the corporate orientation of most extended-stay demand, this bodes well for the extended-stay lodging segment. 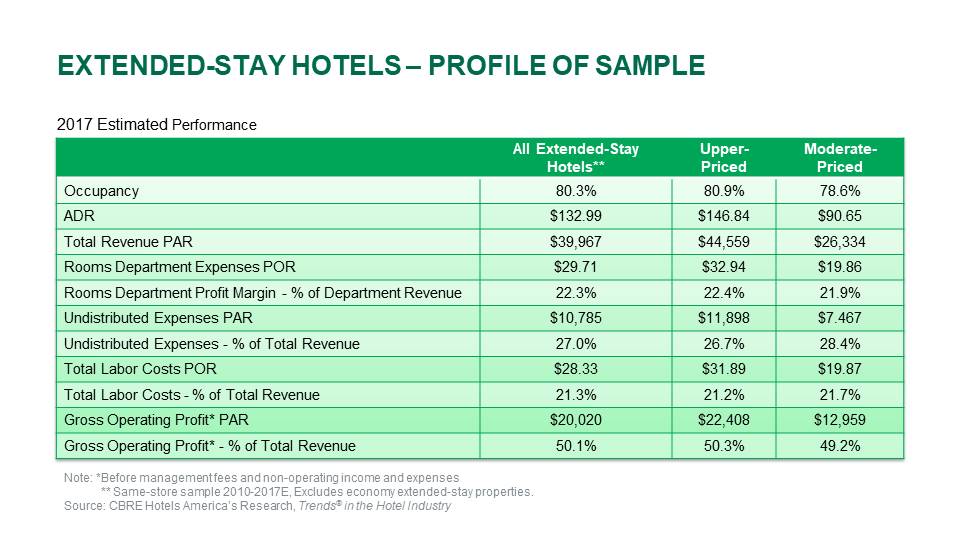 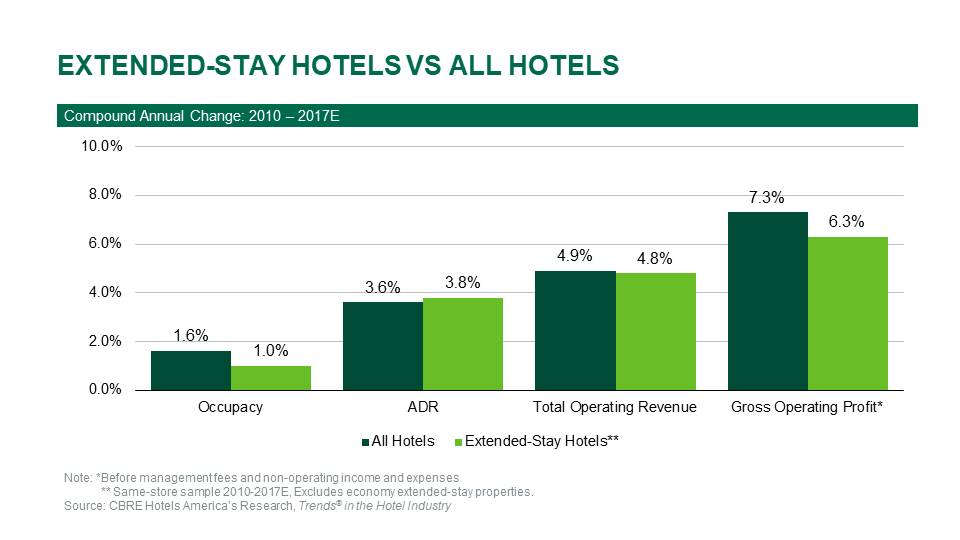 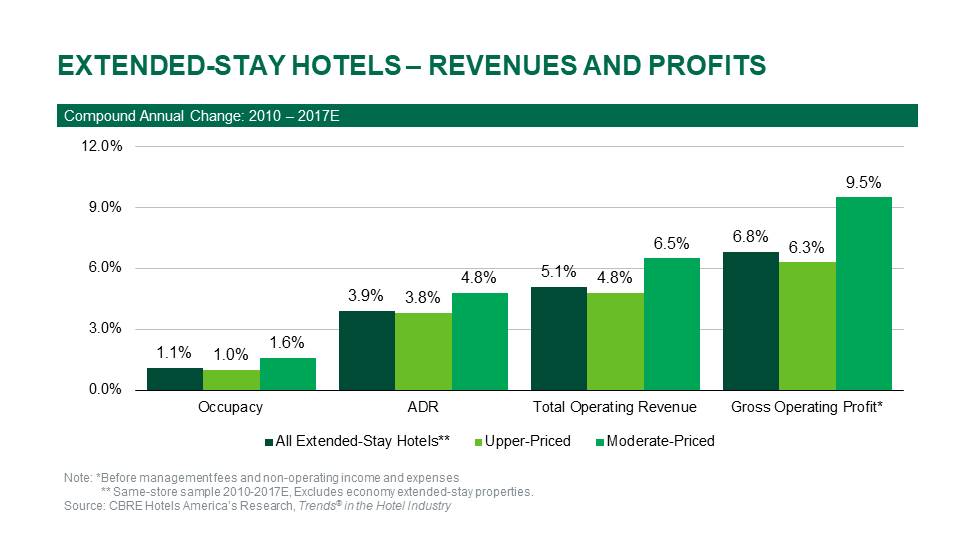 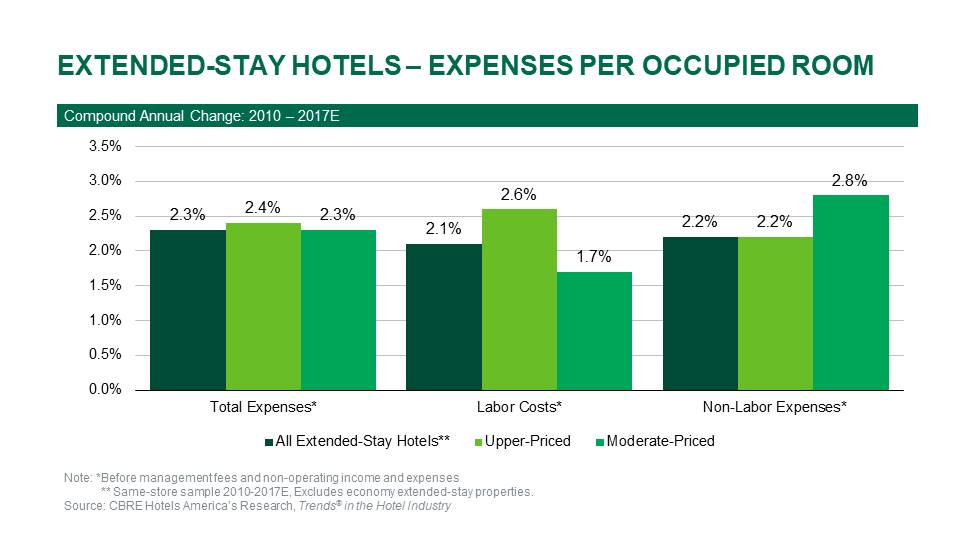 Robert Mandelbaum is Director of Research Information Services for CBRE Hotels’ Americas Research.  To benchmark the performance of your extended-stay hotel, please visit pip.cbrehotels.com/benchmarker, or call (855) 223-1200.  This article was published in the May 2018 edition of Lodging.