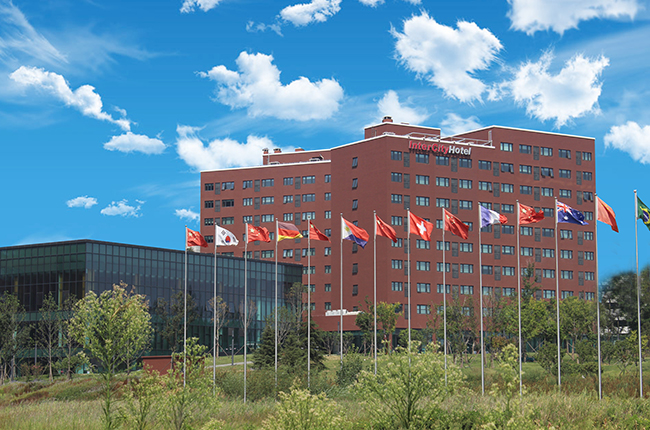 Frankfurt am Main, 9 November 2016 – Deutsche Hospitality has continued its international expansion plans by exporting one of its successful brands to China. The first IntercityHotel in China opened its doors in the coastal city of Qingdao. Offering 281 rooms and conference facilities extending over an area of 500 square metres, the four-star IntercityHotel Qingdao is also home to three restaurants. From next spring, one of these will be operated as a traditional German-style tavern complete with beer garden in conjunction with the Erdinger Brewery.

Deutsche Hospitality CEO Puneet Chhatwal says: “In July, we opened the first IntercityHotel outside Europe in Oman. Qingdao enlarges our portfolio with another international location.” Located on the eastern coast of China, Qingdao is a city of six million inhabitants which is best known economically for the manufacture of household electronics goods and for the eighth largest in the world, that is of considerable importance to China’s foreign trade.

During the colonial era, the city was a significant German trading post and earned the nickname “Naples on the Yellow Sea“. Close links between Qingdao and Germany exist till date. The new IntercityHotel, for example, is the first hotel to be located in the “Sino-German Ecopark”, a joint venture between the governments of the two countries. This new quarter of the city has been established with the aim of creating an ecological living space and of attracting environmentally friendly companies from the areas of green energy technology, the automobile industry and its supplier chain, automation engineering, biological sciences and the pharmaceutical sector. The German Entrepreneurial Centre, Bayer AG, the engineering and plant construction company Siempelkamp, the tool making firm St. Gobain and the car component supplier Federal Mogul have all already set up shop within the immediate vicinity of the hotel. The IntercityHotel Qingdao has been constructed in accordance with the standards of the German Sustainable Building Council (DGNB) and shows the latest interior-design layout of IntercityHotel.

Deutsche Hospitality has gained an initial foothold in the Chinese market with the “Hotel Maximilian managed by Steigenberger” in Beijing. Following this year’s opening of IntercityHotel Qingdao, a Steigenberger Hotel will open next year in Heihe on the Chinese-Russian border.

Deutsche Hospitality comprises three hotel brands under its umbrella: Steigenberger Hotels and Resorts, Jaz in the City und IntercityHotel. The Deutsche Hospitality brand encompasses a total of 116 hotels, 20 of which are at the development stage. The portfolio includes 56 Steigenberger Hotels and Resorts and 39 IntercityHotels. The first Jaz Hotel opened in Amsterdam in November 2015.