As of May 1, 2022, Zleep Hotel Køge welcomes its guests in the Danish harbour city. Built in 1989 in the style of an old warehouse, the hotel is located directly at the old marina and is only a few minutes’ walk from the centre of Køge. In order to benefit from the location’s great potential, Zleep Hotel Køge will subsequently be modernized and remodeled by doubling the room capacity from 50 to 100 rooms in compliance with the district plan. The modernization and expansion are expected to be completed no later than the beginning of 2024.

“Being an increasingly popular holiday destination, Køge is a very attractive location for Zleep Hotels in Denmark,” states Peter Haaber, CEO of Zleep Hotels A/S. “By remodeling the hotel, we are creating an attractive new property that at the same time highlights and preserves the historic building in the best possible way.”

Lene Haslund, Hotel Manager at Zleep Hotel Køge comments: “Køge is an amazing destination that I know quite well, and Zleep Hotels is a great product that matches the city’s needs. With its central location, Zleep Hotel Koge is the ideal starting point for travellers of all kinds.”

About 43 km from the capital Copenhagen and situated on Køge Bay, the town of Køge captivates with its picturesque old town of historic half-timbered houses. The nearby beach and the countryside surrounding the town invite guests to explore the area and relax. 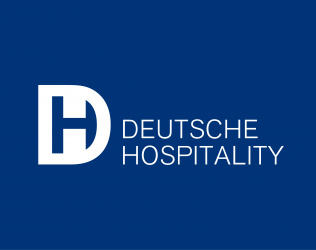 Vision, passion and cosmopolitanism. Deutsche Hospitality delivers the perfect guest experience. Tradition and an eye for the future come together in an inimitable portfolio of eight brands operating across more than 160 hotels globally. “Celebrating luxurious simplicity.”: Steigenberger Icons are extraordinary luxury hotels which combine historical uniqueness and modern concepts. The Steigenberger Porsche Design Hotels brand is generating innovative impetuses in the Luxury Lifestyle Segment. Steigenberger Hotels & Resorts represent the epitome of upscale hospitality on three continents. Jaz in the City’s Lifestyle Hotels dictate the rhythm in the Upscale Sector. House of Beats unites a passion for the hotel business with the fascination of lifestyle, fashion and music. IntercityHotel is located at the very hub of any destination and offers a true home of comfort and mobility in the Midscale Segment. MAXX by Deutsche Hospitality is a charismatic conversion brand which is also positioned in the midscale area of the market. Zleep Hotels provide a smart marriage of design and functionality in the Economy Segment. All of these brands are unified under H-Rewards, Deutsche Hospitality’s loyalty program which yields benefits from the first booking onwards. The vision is clear. In conjunction with its shareholder Huazhu, Deutsche Hospitality aims to advance to become one of Europe’s leading hotel companies.