Circular Economy in the Tourism Sector

Home/Circular Economy in the Tourism Sector

Circular Economy in the Tourism Sector 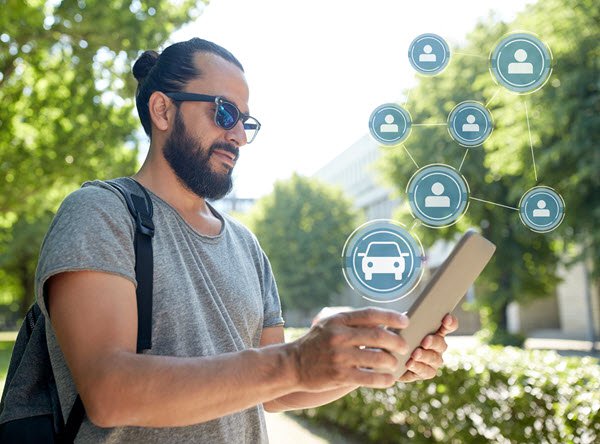 In order to survive the changing landscape of the tourism sector, firms will have to adapt to new trends and consumers’ desires caused by the emergence of sharing economy companies

The economy was pictured until recently as linear, with a strong tendency to satisfy the consumers’ needs with brand new products, somehow to give them a feeling of exclusivity. However, a full range of environmental, socio-demographic and economic indicators, mostly alarming, rose the need to change our consumption and production habits. One of the main and current issues discussed in the media is climate change, of which principal source is, according to studies, households’ consumption, thus including consumption of tourism. To tackle this problem, new ways of thinking the economy appeared since few years, in particular in developed countries, and circular economy embodies most of them.

Linear economy is the current approach taken by most market economies. This strategy can simplistically be seen as the famous take-make-dispose approach. Although those three steps do not completely disappear in circular economy, they greatly lose importance.

If we still need to take (i.e. extract) resources, it has to be done in a lesser extent and obviously with a greater respect for our planet. In fact, the theoretical foundations of circular economy are more in favor of borrowing instead of taking. Economically speaking, Earth should now be included in the economic circuit as an additional economic actor (besides consumers, producers, Government, financial institutions and the rest of the World).

Circular economy does not mean the end of production – but goods and services have now to be designed to minimize resources needed, to last, to be repairable, and more importantly to be reusable or, at least recyclable. The lifespan linearity of a given product/service is considerably reduced if not totally eliminated.

Although both types of economies aim at achieving the same goal, that is produce a good or service to satisfy the demand, the approach to achieve the objective is fundamentally different.

Despite the discrepancy between linear and circular economy, the way to compute economic growth has not really evolved and leads to a major macroeconomic concern. Indeed, the linear economy approach was adopted because it was probably the fastest way to produce ever more, facilitating growth (for the firm and for the economy as a whole).

Does that mean circular economy leads to the end of positive economic growth rates? This is not a trivial question. On one hand – in the new economy approach  – production (in quantities) may decrease given that goods are reused, but on the other hand the goods produced may incorporate more value added to satisfy new consumption patterns.

Moreover, no matter the final outcome on growth rates; at this point it is probably wise to ask ourselves if the current method used to compute economic growth (through GDP) is appropriate. Indeed, if consumers feel better off re-using goods instead of buying new ones, if firms are better off producing less goods but with higher value added, if Earth is better off with those eco-friendly goods, then, those fundamental changes in behavior should lead to new measures of what is nowadays called economic growth.

Circular economy: a concept adaptable to any industry, tourism included

It is easier to see how the concepts of circular economy can affect the manufacturing sectors rather than the service sectors as, for instance, the tourism industry.

Nonetheless, a link between circular economy and the tourism sector does exist. Think about what a tourist (defined by the World Tourism Organization as a person traveling and staying at least one night and less than one year to a destination outside his usual environment) does when starting his consumption of tourism.

First, he prepares his trip, then he travels. When reaching his destination, he likely uses local transports, he settles in his chosen accommodation, consumes food and partakes in some local activities. Finally, he travels back. All seven steps are compatible with circular economy.

The seven steps of tourism activity

A given destination can obviously – mostly, if not only – impact all the steps from accommodation to local activities as they take place in the destination itself. It is worth noting at this stage that migration towards circular economy is not only a producer concern. Indeed, the tourist is the one deciding how to travel, i.e. with which transportation mean and with which company, and what to do at destination.

Moreover and although it has to be admitted that the supply is still relatively lean, there are already possibilities for a consumer to consume tourism in a circular way. For instance, the Crowne Plaza in Copenhagen has a room heating system connected to the booking software. If a room is not booked, the heating is set at its minimum. This same hotel collects food waste in its basement and uses it to produce bio-gas.

The next question being, should the economic actors active in the tourism sector migrate towards circular economy?

Economically speaking, there are good reasons to believe that firms within the tourism sector have a vested interest to adapt their production process to what I like to name circular tourism.

Most of the firms in the tourism sector are in, what we call in microeconomics, monopolistic competition. In a nutshell, each firm has competitors but they have been able to differentiate from each other. Actually, the more they can differentiate themselves from their competitors, the higher the market power and therefore the bigger the potential economic profit.

Transitioning from linear to circular tourism is currently definitely a way to differentiate. Furthermore, costs for firms integrating the concepts of circular economy will not necessarily increase. Philips Lighting has shifted from selling light bulbs to offering lighting-as-a-service. In so doing, customers, including companies active in the tourism sector, save money by paying only for the light they use. This latter process is in line with the reduction of goods & services’ possession (linear view) and in favor of borrowing goods & services (circular view).

Another example is DSM-Niaga which now produces 100%-recyclable carpets that use 95% less energy and no water.

Finally, it is said that 60% of food that is thrown away currently in the tourism sector can be relatively easily avoided. Thus, a hotel or restaurant aiming at producing zero waste increases already its chances to survive the coming years. If the transition towards circular economy is wisely done, costs do not necessarily increase. Moreover, even if costs slightly increase, they will undoubtedly be offset by the higher turnover the firm will be able to make (since they differentiate even more they may be able to set a higher price and, additionally, the total demand for goods and services in line with circular economy increases).

In the long run, as competitors will adapt to also comply with circular tourism, prices will probably slightly decrease and the economic profit potentially lower down. However, and even if economic profits arising from the shift towards circular tourism may decrease a bit with time, not adapting to the new models of consumption will lead to its business death, at least in the long run. Indeed, the news concerning the climate show it well, very soon consumers may not accept anymore to consume goods & services unhealthy for our planet.

Little by little, as most of the Fortune 500 companies are now service oriented, most industrialized countries are shifting from goods to services economies. Tourism is a prime example of a service oriented sector. Consumers’ habits are changing fast. In Switzerland, the consumption of organic products has increased by 50% in only five years. The great emergence of sharing economy companies (Airbnb, Couchsurfing, Uber, etc.)  is an additional proof of the radical change in consumers’ habits. If the current firms active in the tourism sector do not adapt to those new trends and consumers’ desires, there is little hope they will survive.

Changes to set up do not necessarily need to be radical, the ultimate goal being to show the consumers that their desires are seriously considered and that efforts are undertook to satisfy them. The quicker the actors will adapt, the smoother will be the transition towards circular tourism. 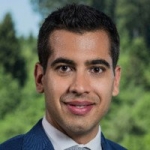 Dr Luciano Lopez is an economist inquisitive about many applied economic subjects. Particularly, he is specialized in foreign aid, the topic of his PhD dissertation. Dr Lopez is passionate about teaching. He likes to teach in a way that involves as much as possible the student (mentally and physically) so that this latter is at the center of the lecture. An active learning process is for him the key to acquire knowledge in a long term perspective.

RIU Hotels & Resorts Shares Its 2021 Sustainability Report
New Attitudes to Hotel Circular Economy Practices
Is an Aging Society a Threat or an Opportunity for Hospitality?
How to Improve Your Existing Customer Service Experience in 7 Steps
Customer Feedback on Hospitality Experiences: 5 Best Practices
Customer Experience Quality Assessment – the Essential Experiences
How to Spot Promising New Opportunities During Service Design
Hospitality Industry Statistics to Have on Your Radar in 2022
Understanding the Role of a Hotel Asset Manager
How Hospitality Students See Their Future in the Industry
Toxic Leadership: How to Spot It, Survive It and Thrive
Understanding Consumer Behavior: How to Influence the Decision-Making Process
The Top 5 Drivers of a Successful Company Service Culture
CSR Adoption in Independent Hotels: The Drivers and Barriers
The Role of Unemployment Benefits in the Current Labor Shortage
How Business Model Innovation Can Boost SMEs in Times of Crisis
The Hotel of the Future: Interview With GM About Technology in 2030
What Is Servitization?
Inclusivity Is the Key to Gender Diversity: Open the Door Please!
Sustainable Business Practices vs. Business Recovery: HR in the Middle