Chinese Tourism at a Difficult Time

Home/Chinese Tourism at a Difficult Time

Chinese Tourism at a Difficult Time 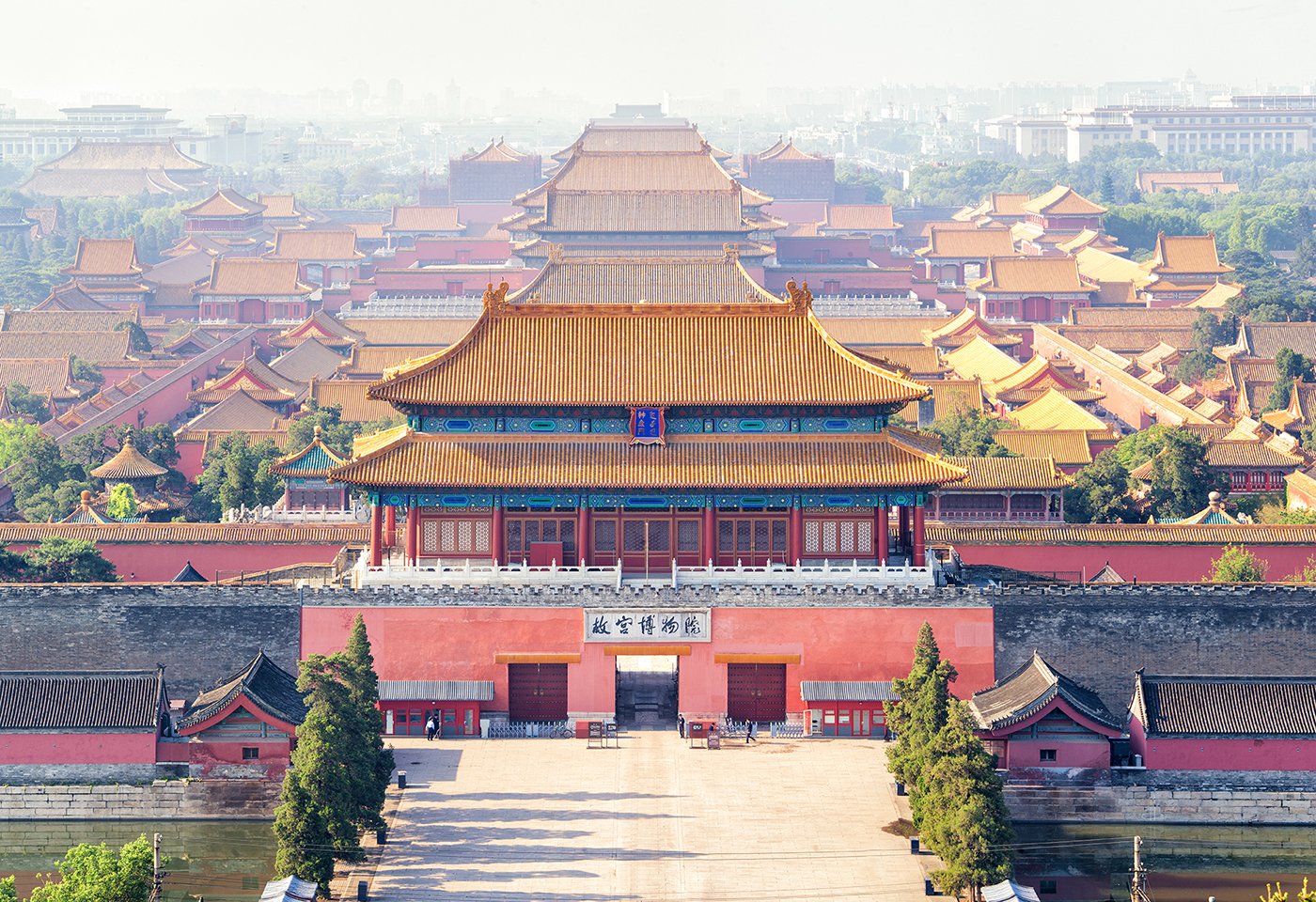 What makes the year 2019-20 unprecedented in Chinese tourism is the spate of incidents coming one after another, namely the US-China trade war, the Hong Kong protests and the novel coronavirus outbreak.

The global tourism industry could not have been hurt so badly any time in history other than the year 2019−20. The tourism industry involves temporary displacement of people from one place to another, whereby demand is generated. Thus, any factor that impedes tourist flow will cause a negative demand shock in the industry one way or another. The impact on tourism demand depends on the nature of the shock as well as how long it persists.

We have seen a couple of grave demand shocks in this century already, far back to the 9/11 terrorist attacks in 2001, followed by SARS in 2003 and then by the 2007−08 financial crisis. In the aftermath of 9/11, passenger flights in the United States dropped by 35% in around two months which took almost one year to recover from; during SARS, tourist arrivals in Hong Kong plummeted by 75%; amid the financial crisis, the U.S. hotel industry fell to a record low occupancy of 54%.

What makes the year 2019-20 unprecedented in the global economy and, in particular tourism, is the spate of incidents coming one after another, namely the US-China trade war, the Hong Kong protests and the novel coronavirus outbreak.

More worrisome, is the fact that there is no sign of the triple whammy ending anytime soon. According to Tourism Economics (an Oxford tourism research firm), the growth of Chinese outbound tourism has been stagnating since 2010, declining annually from 25% to 2%. It comes as no surprise then that Chinese outbound tourism is due to hit a record low in terms of both departures and expenditure in 2020. In the long run, the stagnation may persist, or alternatively, Europe and North America may displace Hong Kong and other Southeast Asian destinations, which have been accommodating around 80% of Chinese tourists since 2000, as the dominant destinations.

In the short run, hotel occupancy and ADR has been dropping substantially and simultaneously in Chinese outbound destinations, due to the severe demand shocks since June 2019.

In Asia, RevPAR (revenue per available room) declined nearly 4% against that in 2018, due precisely to both the lower ADR and lower occupancy. However, the impact was by no means evenly distributed across all destinations. Those relying on the Chinese market, notably Hong Kong, Thailand, Japan, Korea, Australia and New Zealand were among the most affected.

In 2019, RevPAR in Hong Kong dropped by 26% compared to 2018, which is truly disappointing for the industry because the Chinese market would otherwise have grown. The hotel performance in Hong Kong may well continue to fall throughout 2020 as the protests are still sporadically on-going, coupled with the coronavirus outbreak and the trade war.

As mentioned earlier, while the Chinese market is stagnating and could continue to decline for years to come, there is a redistribution of the market in the post-crisis era. Namely, Chinese outbound tourism may gradually divert to Europe and North America as long-haul destinations, and South Korea and Japan in Asia as short-haul destinations.

This could occur for a couple of reasons. Firstly, Chinese demand is most likely to divert away from Hong Kong during 2020, not in the short run but in the long run because of the antagonism and political sensitivities between Hong Kong and the mainland cannot be eradicated quickly. Secondly, Hong Kong has been the gateway for Chinese tourists to the outside world for the past two decades, such a role becomes will become less and less important, although still necessary. Thirdly, all things being equal, the supply abundance in the substitute destinations mentioned above would not only make tourism accessible but also affordable, the same advantage that Hong Kong possesses.

Thanks to China’s transition to the market economy in the early 1980s and their adherence to the WTO in 2001, it has experienced almost 40 years of robust economic growth, thereby propelling domestic consumption and outbound tourism for decades. Unfortunately, the trade war has undermined economic growth in China, thereby leading to a shrink of consumption, particularly tourism. As a matter of fact, the globalization of the Chinese economy after entering the WTO has benefited the manufacturing industry, and hence the export of goods, but not of services.

On the contrary, the Chinese service industry, including tourism, hospitality and a wide range of auxiliary services that facilitate people to travel across the country, is far less competitive than one might think. On the one hand, this explains the surge in outbound tourism consumption since 2008 which amounted to US$277 billion in 2018, and on the other hand, the perpetual plight of Chinese inbound tourism, namely tourism exports. China may, for the first time since 2000, be running a current-account deficit largely due to the astronomical outbound tourism spending, yet insignificant inbound tourism spending.

If supply shrinks in the long term due to the pessimistic outlook of the world economy and Chinese economy in particular, then the tourism industry will inevitably experience a recession due to the contraction of supply. Even if supply capacity can be resumed and built up, the challenge for tourism and the service industry as a whole is great. Besides fixed investment in the industry, it takes time and dedication to build a service-oriented culture, which many developing countries, including China, have yet to accomplish despite the fact that services make up an increasing proportion of their GDP.

The fact is that a service culture deeply rooted in the economy represents the very competitiveness of tourism and hospitality. Unfortunately, at a time of economic hardship, probably the only course of action that businesses in these countries can take is to scrap services because the opportunity cost of cutting services off in a service-scarce economy is inappreciable. Such expediency, however, hurts the industry in the long run just as it hurts consumers in the short run.

Yong Chen, Ph.D., is an Assistant Professor at Ecole hôtelière de Lausanne (EHL), Switzerland, where he lectures in marketing and economics of tourism and hospitality.

Dr. Chen's research has been published in diverse outlets, including Tourism Management, the Journal of Travel Research, and the International Journal of Contemporary Hospitality Management. His opinions on the sharing economy, Chinese tourism demand and the hotel industry also appeared in CNN, MarketWatch, South China Morning Post, and EHL Hospitality Insights.

He is also a Research Fellow at Lausanne Hospitality Research Center of EHL, where he shepherded the research project of Swiss Tourist Happiness Index funded by the University of Applied Sciences Western Switzerland (HES-SO).

The Relevance of Brand Relevance
The Hospitality Way of Survival After Covid-19 Crisis
Covid-19: What Should Hoteliers Keep in Mind In the Midst of the Current Crisis
The Bear, the Bull and the Wolf: a 2020 Economy Fairytale
Sustainable Tourism: A Long Road Ahead
5 Steps to 5-Star Service Excellence, Inspired by the Ritz-Carlton
Is 2020 the Year of Sustainable Business in Hospitality?
Why Businesses Should Invest in Soft Skills Training
Nine Facts About Driving Innovation Through Diversity
Is Service Excellence the New Marketing?
Coronavirus: What Impact on the Swiss Hotel Industry
Millennials in the Workforce
EHL Group Unveils Its New Singapore Campus
Sustainable Tourism: Why Should Hotels Lead in This Effort?
Tourism Satisfaction: Importance, Measurability & Impacts
Tourism Tidbits: Working in a Global Tourism Market
Sustainable Hotels: Learnings from Designing a Carbon-Positive Hotel
Trends in Training: Simulating Engagement With Tech
The Hotel General Manager: Time for a New Job Description?
Teaching Sustainability in STEM and Hospitality Programs: Different Approaches…. Same World!