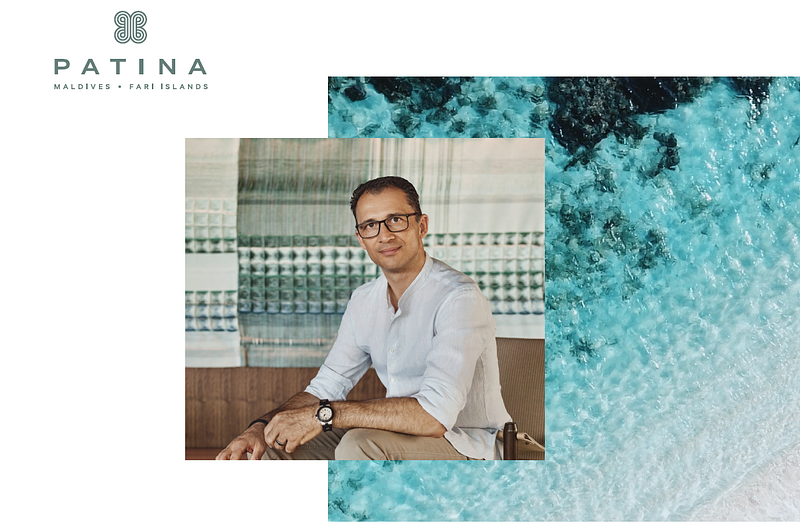 Following its first anniversary, Patina Maldives, Fari Islands has confirmed the appointment of seasoned hospitality professional Antonio Saponara as its new general manager. With an impressive track record of managing flagship hotels for luxury brands including Aman, Bulgari Hotels & Resorts, Jumeirah and Ritz-Carlton, the gregarious Neapolitan will use his extensive experience, clarity of vision and sure-footed mastery of hotel operations to shape Patina Maldives as it matures through its second year and beyond.

“It is a tremendous privilege to have been entrusted with the stewardship of one of the most inspiring, forward-thinking pioneers of next-gen Maldives hospitality; I am excited to bring fresh impetus as Patina Maldives embraces the next stage of its perpetual journey to positively impact people and place.” – Antonio Saponara

After starting out in Food and Beverage Operations, Antonio moved to Phuket, Thailand to take up the role of Executive Assistant Manager of Aman flagship Amanpuri, Phuket, overseeing operations and launching a new restaurant in partnership with two Michelin star Chef Naoki Okumura, before taking over as Hotel Manager in 2008. After his time at Amanpuri, Antonio joined The Surin Phuket as General Manager, renovating the resort with famed architect Ed Tuttle and relaunching it following a complete rebranding and repositioning exercise.

Following his experience in Thailand, Antonio moved on to China, joining The Ritz-Carlton Shanghai, Pudong and later stepping up as the opening General Manager of the Bulgari Hotel Beijing. Remarkably, Antonio achieved profitability for Bulgari Hotel Beijing within the first month of operation, maintaining an unprecedented level of colleague and guest satisfaction throughout his tenure – including in 2020, despite the onset of Covid-19.

Prior to joining Capella Hotel Group, Antonio was the pre-opening General Manager of Bulgari Hotel & Residences Moscow, slated to open in December 2022.

Patina Hotels & Resorts is the latest hospitality concept from Capella Hotel Group. Born out of guests’ desire to honour individuality, Patina appeals to a new generation of travellers who seek deeper connections with themselves and the world around them. The human-centred design flows with the natural modes people are in, gently and intuitively providing for each guest’s individual needs, ensuring that no two stays are exactly the same. A five-star, sophisticated lifestyle brand, Patina Maldives, Fari Islands will be the first launch, with a property in development in Ubud, Bali and opportunities in China, Japan and Southeast Asia also being pursued.

The archipelago also features the picturesque Fari Marina Village, built around a vibrant Beach Club, charming boutiques and a selection of handpicked, upscale food and beverage options. Spaces have been masterfully designed by renowned architects from Studio MK27 (by Marcio Kogan), Kengo Kuma & Associates, and Kerry Hill Architects, to bring about a delicate balance of serene and social.

One of the islands is home to a thoughtful hospitality campus; Fari Campus is a dedicated island for staff with a focus on community, education, and engagement, and is the first of its kind in the Maldives.