Why Universities Are Bringing Hotels on Campus

Why Universities Are Bringing Hotels on Campus 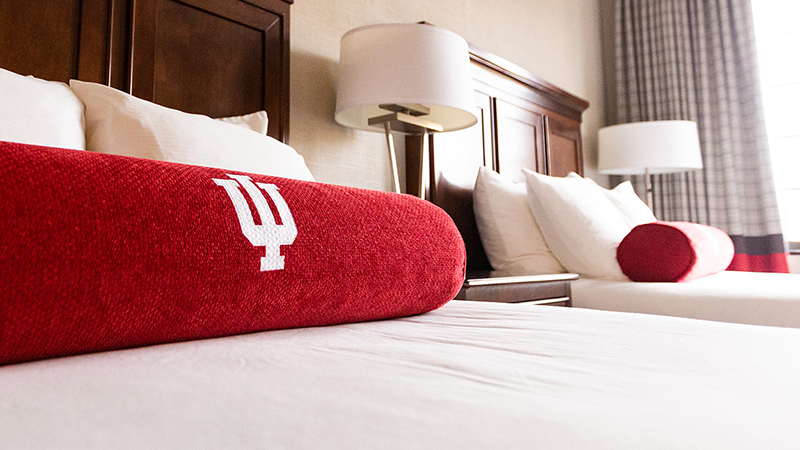 Universities are regularly pulling in visitors for big games, graduations and symposiums. Then there’s the steady flow of prospective students that come to tour, and families that need a place to stay when visiting their children.

Often, there’s a shortage of accommodation nearby. So, to help fill the gap, universities have started building their own hotels.

“Given their size and the academic and athletic events generated by many institutions, there are real opportunities for colleges and universities to build hotels on campus,” says Matthew Do, Senior Vice President at JLL. “We’re finding this approach can make a lot of sense when planning, vision and market fundamentals align.”

At California State University in Northridge (CSUN), in Los Angeles, visitors will be able to check into their hotel rooms, step outside, and be on campus. A planned 150-room Hilton Garden Inn, which will replace an aging campus restaurant, will facilitate campus tours for prospective students and families and accommodate athletic events, academic symposiums and conferences.

The 179-room Celeste Hotel at the University of Central Florida in Orlando is slated for completion next year.

From big universities to smaller liberal-art schools, universities across the country are partnering with developers and hospitality brands.

“These co-developed projects, which in some cases involve the university ground leasing their land, are a way to generate revenue, add luster to campus, provide branding opportunities and even academic partnerships,” says Do.

Build it and they will come

CSUN will ground lease its land to a private developer and operator to design, finance, build and manage the hotel at no cost to the university.

“Matching a developer with a university requires more than just experience and capital,” says Tim Marvin, Executive Vice President, Global Hotels, JLL.  “Universities are looking for hotel amenities to be an extension of the campus. It’s important to select a developer and operator that wants to work closely with the university administration on accommodating university objectives and needs.”

In addition to ground rent, such a partnership can also include academic benefits for the university. CSUN’s Recreation and Tourism Management department will have a place, not that far from their classrooms, for students to put into practice what they’re learning.

“One of the strengths of CSUN’s project is the focus on connection to academic programs,” says Do. “The project creates an opportunity for a living classroom during both construction and operations.”

The Biddle Hotel, which has been housed within the Indiana Memorial Union on the Bloomington campus of Indiana University since 1960, recently underwent an $8 million renovation that included tearing down walls, enlarging doorways, and adding new technologies and furnishings.

The 189-room hotel has long been pitched as “an ambassador to the new student or the prospective student and their parents,” says Mike Campbell, associated director of Indiana Memorial Union, and a former Hilton hotel executive.

“It’s often the first point of contact with that potential student, before they’ve even chosen whether they want to come to IU or not,” he says. “It plays a critical role in their understanding of the culture of the campus. If the hotel makes a great first impression, people will be excited about being here.”

Purdue University in West Lafayette, Indiana, recently announced renovations to its Purdue Memorial Union Club. The existing hotel, built in phases from 1929 to 1953 and spanning about 90,000 square feet, will be refurnished and will include new fixtures and amenities.

Some of the rooms will be converted into suites. A grand entrance and atrium will be added, as will a new formal restaurant and bar. The yearlong renovation “will act as a living laboratory learning environment for hospitality and tourism management students,” according to Purdue.

“The fact is many universities have rapidly expanded over the last few decades, transforming into micro-communities in their own right,” says Do at JLL. “There’s never been more people visiting these campuses. Accommodation is just catching up.”