This marks the second development agreement between the Bellevue, Washington-based West77 Partners and WoodSpring hotels. The first agreement included the construction of multiple hotels in the greater San Francisco area and Washington state over the next several years. Several hotels already are in the development stage with the first hotel expected to open later in 2016.

West77 Partners and its San Francisco-based partner, Keystone National Group, LLC, have a proven track record in both multifamily and commercial developments throughout the west coast.

“WoodSpring is a great fit for West77 Partners. Our focus has been in investing in real estate located in major West Coast gateway markets with a hospitality focus,” said Mike Nielson, principal at West77 Partners. “WoodSpring Hotels is renowned for its precise operating model which attracted us. With a stronger expected return on investment than more traditional, nightly-stay hotels, coupled with our ability to build out a new region of the country for WoodSpring Hotels, we feel we have the right franchise partner.”

“West77 Partners has the energy and expertise to aggressively introduce our hotel concept to a new customer base into another major west coast market,” said Ron Burgett, EVP for WoodSpring Hotels. “Partnering with West77 Partners in the state of Washington was a fantastic opportunity for both of us, and we are excited to strengthen the partnership with this announcement.” 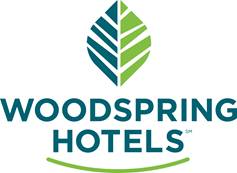 WoodSpring Hotels is the company behind the nation’s fastest growing value extended-stay hotel brand with over 200 hotels system-wide located in over 30 states. The company owns 90 hotels and provides management services for both company-owned and franchised locations under the WoodSpring Suites and Value Place brands. WoodSpring Suites are hotels for good people with practical needs, down-to-earth attitudes and a comfortable style, and who appreciate the value of life’s necessities – done really well. For more information, visit www.WoodSpring.com.