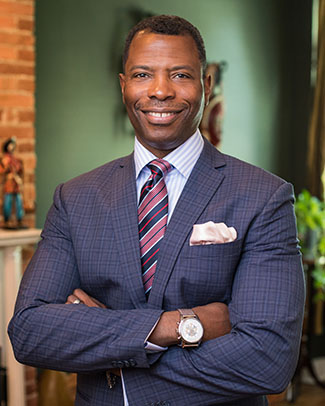 WASHINGTON (February 22, 2019)— The U.S. Travel Association on Thursday announced the election of Elliott L. Ferguson II, president and CEO of Destination DC, as its new national chair. Ferguson, who served on the board for seven years, succeeds Wyndham Hotels and Resorts' president and CEO Geoff Ballotti.

"Elliott is a leader with vision and skill, as evidenced by his organization's successful positioning of the District as a foremost destination for domestic and international travelers alike," said U.S. Travel Association president and CEO Roger Dow. "Elliott's track record as a guardian of the travel industry in the nation's capital, and the thousands of workers it supports every year, reflects his deep expertise and understanding of travel's importance to the economy. I look forward to working alongside him in continued pursuit of policies that grow travel to and within the U.S."

As national chair of U.S. Travel, Ferguson will guide the board and association's efforts to:

"Travel is a powerful engine for economic and jobs growth, but it also connects people across backgrounds and cultures," said Ferguson. "I'm eager to work with the board to advocate for policies that will support U.S. Travel's mission and position, and I'm honored to have the opportunity to connect further with this industry and to tell travel's story to elected officials in my home base of Washington, D.C."

Ferguson has led Destination DC's promotion of the District of Columbia beyond its storied monuments and museums, elevating awareness of the city's world-class dining, entertainment, history, arts and culture, and diverse neighborhoods. Under Ferguson's leadership, total visitor spending in D.C. has reached $7.5 billion, supporting more than 75,000 local jobs.

U.S. Travel Association is the national, non-profit organization representing all components of the travel industry that generates $2.4 trillion in economic output and supports 15.6 million jobs. U.S. Travel's mission is to increase travel to and within the United States. Visit www.ustravel.org.

Destination DC, the official destination marketing organization for the nation's capital, is a private, non-profit membership organization of 1,000 businesses committed to marketing the area as a premier global convention, tourism and special events destination with a special emphasis on the arts, cultural and historic communities.