Techspitality – What the Heck Is It?

Home/Techspitality – What the Heck Is It?

Techspitality – What the Heck Is It?

Recent technological advances, such as robotics, artificial intelligence and internet of things, are prompting a radical reevaluation of business models and operating structures. The hospitality industry is not immune to such assessments. A good starting point for an evaluation of business models and operating structures is the end point – the desired outcome of any process. Defining the end point permits the analyst to track back ‘up’ the value chain and identify areas of change, modification, elimination, strengthening, or improvement that will ensure the desired outcome.

The emotional component is a bit more complex. The advent of technology enabled guest facing services requires us to take a closer look at this component of a typical service. Consider the example of the Henn-Na Hotel in Japan. The front office is ‘staffed’ by robots and guest interact with them to check-in into the hotel. Or consider other technologies such as self-service kiosks at hotels, airports, and banks and keyless entry into hotel rooms. Managers suggest that the typical hotel front desk will soon disappear from hotel lobbies. While much of the guest interface technology, such as robotic front desk assistants are still at the proof of concept stage, they point to a potentially fundamental shift in the definition of a service.

The robot transforms what could normally have been quite an emotion-laden interaction with a human being to a functional operation. The kinds of emotions normally associated with a service interaction include delight, satisfaction, anger, frustration, joy and the like. The actions and interactions with the service provider generates emotional responses. It appears that the emotional component considered essential in service interactions is superfluous. If the consumer receives her desired service, it seems immaterial if it is from a machine. And such an interaction may lead to the consumer receiving a functionally satisfactory service. Simple, uncomplicated and straightforward operations such as receiving a room key, having extra towels delivered to the room, information about the hotel’s vicinity, finding a taxi, or booking tickets to an opera are all now available on a technology platform and requires no human intervention. More and more services formerly ‘dependent’ on human interactions are being transformed to resemble transactions with an ATM which has largely removed the need for human interaction in banking and cash transactions.

All this suggests that it is appropriate to term this new service product as ‘Techspitality’. Since techspitality products are largely devoid of emotional content, managers will have to conceptualize and evaluate consumer preferences differently. Rules governing the design of technology products for ease-of-use and clarity will play a bigger role in technology-dominated service environments. The trajectory that current forms of (or traditional) hospitality takes in the future appears to have two distinct end-points along a continuum.

Techspitality will also have implications for human resource practices. Fewer employees will be required on a per room basis and the competences required to work in such an environment will shift from the current emphasis on ‘attitudes’ to ‘knowledge’. In operations that are at the high-tech low-touch end of the continuum employees will have to use and manage technology rather than people. At the other end of the continuum, employees will probably have to blend ‘attitude’ with the ability to actively manage, interact with, and employ technology in accomplishing their jobs. The most successful managers will understand how to combine various technologies and human skills to create and efficiently deliver an effective service product.

Techspitality implies a fundamental reappraisal of what is the product, what consumers really desire, and a reorientation and reorganization of processes. The rapid advance of technology applications and the pace at which it is accepted by the general population suggests that the age of techspitality is not too distant in the future, if not already upon us. 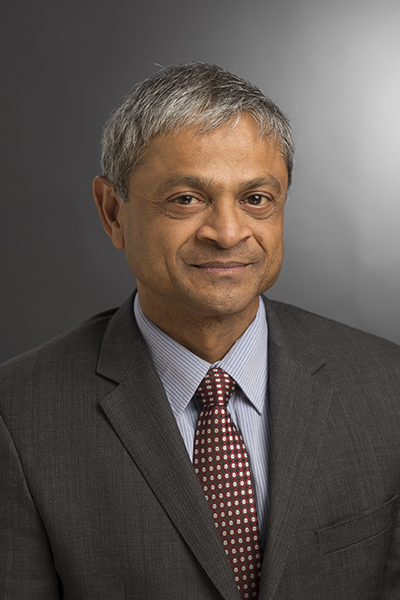 Karthik Namasivayam, Ph.D. is Chair of the Hospitality and Tourism Management Department at Rochester Institute of Technology.  He has over 30 years of experience straddling industry and academia in consulting and organizational design.  He has lived and worked on three continents as Operations Manager, Project Consultant, Entrepreneur, Educator, and Education Administrator.