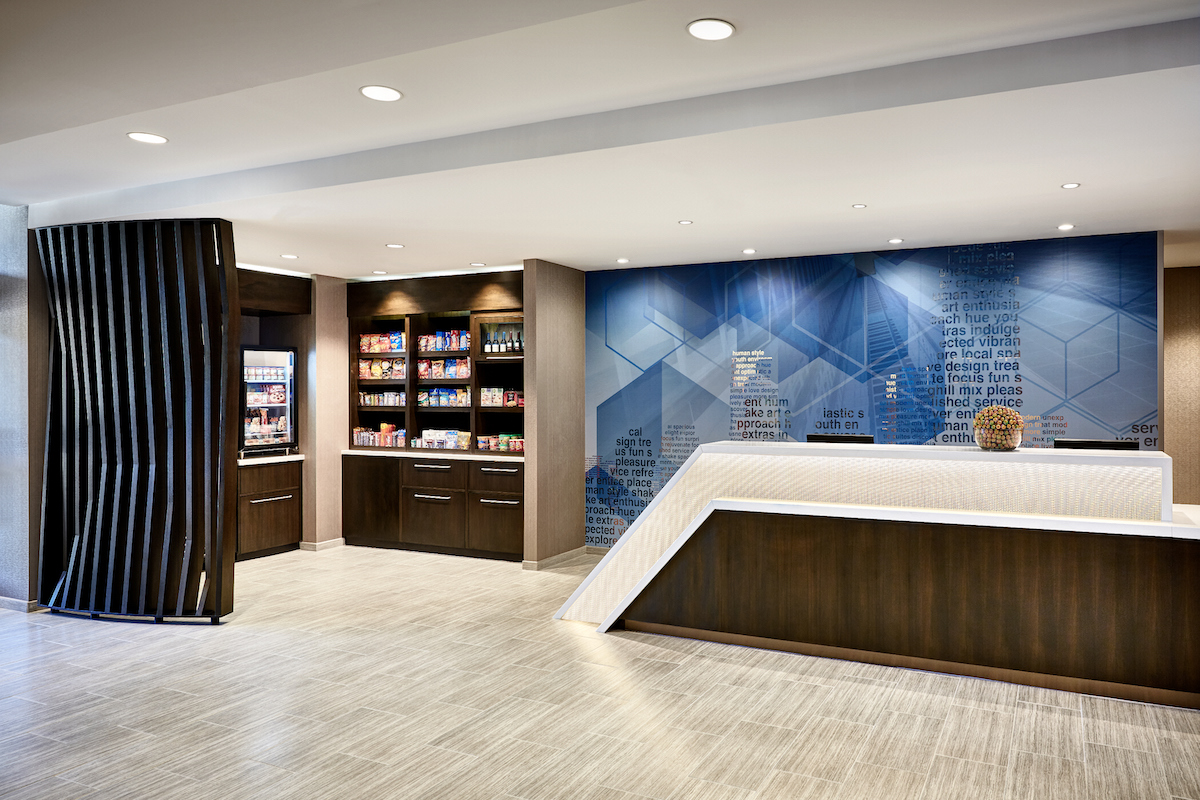 The Springhill Suites by Marriott Columbus Dublin provides the freshest hotel choice in Dublin’s Bridge Park, a new development giving an urban feel to this upscale suburb,” said Plato Ghinos, president, Shaner Hotels. “The hotel provides an all-suite option that includes complimentary breakfast – providing a reliable, refreshing and unexpected choice in the Dublin market.  Our staff will focus on sales, service and style to bring the best in customer service to our guests.”

Situated in the heart of downtown Dublin at 4475 Bridge Park Avenue, SpringHill Suites is conveniently located near local attractions such as the Columbus Zoo & Aquarium, the highly anticipated Riverside Crossing Park and only minutes to downtown Columbus. The hotel is surrounded by numerous walkable dining and entertainment options provided by the Bridge Park neighborhood. The hotel also provides multiple amenities for travelers, including a 24/7 fitness center, 840 square feet of meeting space, a complimentary breakfast buffet, a lobby bar, multiple outdoor lounging spaces and suite-style rooms designed to fuse form and function, equipped with separate areas to both work and relax. These stylized guest rooms are furnished with an oversized work area, a phone with voicemail, free Wi-Fi, a mini-refrigerator, a microwave oven, a trundle sofa bed and Smart TV entertainment.

“At the rate in which Bridge Park is growing, the demand for another hotel was obvious,” said Brent Crawford, founder and principal, Crawford Hoying. “We couldn’t be more appreciative of our continued partnership with Shaner and the fantastic hospitality provided at each of the hotels within our developments. We’re confident that Springhill Suites will be no exception.”

“We continue to seek opportunities in strong primary and secondary markets with new products surrounded by multiple demand generators,” Ghinos noted.  “While the pandemic has hit the travel and hospitality industries particularly hard, we believe we see the light at the end of the tunnel with the recent arrival and deployment of the vaccines.  Brand new hotels such as this will hold the lead position as travelers begin their return to both business and leisure travel in the weeks and months to come.”

Bridge Park is the newest and only walkable, mixed-use community in downtown Dublin, Ohio. Spanning 30 acres along the Scioto River, it is the cornerstone of the city’s long-term vision for the Bridge Street District. The unique community features luxury condos, townhomes and apartments, restaurants, shops, Class A office space, entertainment venues, 2,000+ free parking spaces, hotels, an events and conference center and multiple green spaces. To learn more about Bridge Park, visit www.bridgepark.com.

Crawford Hoying is a full service real estate development company, based in Dublin, Ohio. The company concentrates in all aspects of acquisition, design, development, construction, management, as well as commercial and residential brokerage. In the past five years alone, they have developed more than $1.3 billion of mixed-use, multifamily, office and retail properties. Crawford Hoying creates a sense of place; focused on consumer needs from a commerce, culture and community perspective. Bridge Park, www.bridgepark.com, Westmont at The Lane, www.westmontatthelane.com, and Water Street District, www.livewaterstreet.com, are examples of Crawford Hoying’s transformational development capabilities. To learn more about Crawford Hoying, visit www.crawfordhoying.com.

Headquartered in State College, Pa., Shaner Hotels is one of the foremost owner-operator companies in the hospitality industry with more than $1 billion invested in 60 hotel properties owned and managed across the U.S., Italy, Greece and the Bahamas. Over the past 40 years, the company has also been engaged in both new development and redevelopment of more than 80 hotel projects with leading brand affiliations such as Marriott International, InterContinental Hotels, Choice Hotels and Hilton. New properties are constantly evaluated as Shaner Hotels continues a conservative yet opportunistic approach to growth. For more information about the company and its divisions visit www.shanercorp.com.