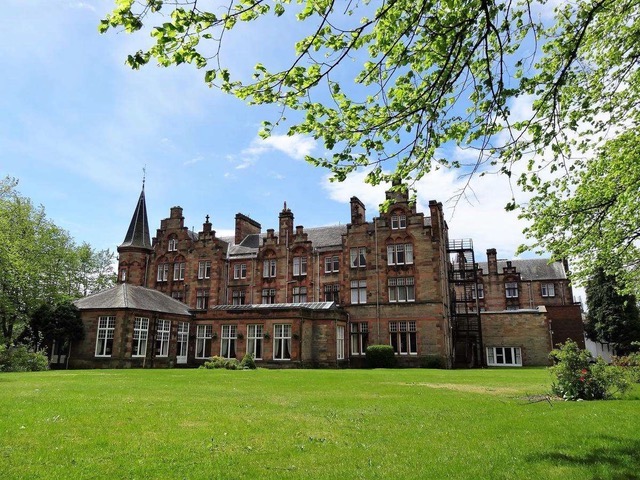 Radisson Hotel Group is delighted to announce the signing of the Radisson Blu Hotel, Perth, a landmark property that first opened in 1890 as one of the original British railway hotels, like the nearby Gleneagles hotel. Set to open its doors in Q2 2022, the hotel will once again become the crown jewel of Perth, the “Gateway to the Highlands”.

Sitting within landscaped gardens close to the River Tay, the hotel is undergoing an extensive transformation of all guest rooms and public areas to align with the Radisson Blu brand. With 75 guest rooms and suites, a restaurant, lobby bar, garden bar, fitness room and treatment rooms, visitors will be well entertained. The hotel is also home to two ballrooms – the largest outside Edinburgh – and five large meeting and conference rooms.

The property is a listed building, featuring beautiful architecture and sweeping staircases. Shortly after its original opening, the then Prince of Wales and future King Edward VII inspected and approved the hotel for a visit by Queen Victoria, who became a frequent guest. She would often split her journeys to Balmoral by visiting the hotel for lunch in her private room, and a ‘royal passage’ was created, linking Perth train station with the property.

“The Station Hotel is one of Perth’s most striking and best loved buildings, and I am delighted that it will become part of the Radisson Blu family of great quality hotels.  This announcement could not have come at a better time.  Perth city centre continues to undergo a cultural renaissance as work progresses to transform the city hall to become an important museum housing the iconic Stone of Destiny, and drawing visitors from across the UK and internationally to the gateway to the Scottish Highlands.”

“It is an honour to add a property with such historical significance, especially with a royal seal of approval, to our Radisson Blu portfolio in the UK. We are also very pleased to expand our Scotland presence, and Perth is the perfect location for that thanks to its fantastic offering for both business and leisure guests.”

“We hope to reinstate the hotel as the crown jewel of Perth city. Following our multi-million investment we are delighted to be bringing much needed upscale hotel quality to Perth, especially under the Radisson Blu brand. It is widely acknowledged that Perth city has no sites to build large, branded hotels. We will fill that gap with our top end offering. Our partnership with Radisson Hotel Group will help to radically improve our offering in the fast-growing Perth corporate and leisure market.”

Perth is a historical city and was the capital of Scotland in the Middle Ages. Known as the “Gateway to the Highlands”, Perth is a popular destination for domestic and international travelers, as well as for Scottish weekend get-aways due to its proximity to Edinburgh and Glasgow. The city is home to historic landmarks, including the medieval church St John’s Kirk and nearby Scone Abbey, where the King of Scots was traditionally crowned. Perth is also an enterprise hub, with numerous international companies choosing the city for its headquarters, including two FTSE 100 Companies, insurance firm Aviva and energy company SSE.

Visitors can enjoy time in the city’s museums, theatres, whisky distilleries, breweries or on one of the numerous golf courses located in and around the two main parks of the city – North Inch and South Inch. South Inch Park is opposite the hotel and less than a five-minute walk away. The surrounding county of Perthshire boasts breathtaking parks and countryside, attracting many visitors in pursuit of outdoor and adventure sports.

Radisson Hotel Group is one of the world's largest hotel groups with nine distinctive hotel brands, and more than 1,600 hotels in operation and under development in 120 countries. The Group’s overarching brand promise is Every Moment Matters with a signature Yes I Can! service ethos.

Radisson Rewards is our international rewards program that delivers unique and personalized ways to create memorable moments that matter to our guests. Radisson Rewards offers an exceptional experience for our guests, meeting planners, and travel agents at over 640 hotels in Europe, Middle East, Africa and Asia Pacific.

Radisson Meetings provides tailored solutions for any event or meeting, including hybrid solutions placing guests and their needs at the heart of its offer. Radisson Meetings is built around three strong service commitments: Personal, Professional and Memorable, while delivering on the brilliant basics and being uniquely 100% Carbon Neutral.

The health and safety of guests and team members remain a top priority for Radisson Hotel Group. All properties across the Group’s portfolio are subject to stringent health and safety requirements, as outlined in the Radisson Hotels Safety Protocol. The in-depth cleanliness and disinfection protocols were developed in partnership with SGS, the world’s leading inspection, verification, testing and certification company, and are designed to ensure guest safety and peace of mind from check-in to check-out. The Safety Protocol is an integral part of Radisson Hotel Group’s Safety and Security program ensuring we always care for our guests and team members.

Radisson Blu is an upper upscale hotel brand that delivers positive and personalized service in stylish spaces. Characterized by attention to small details and the Yes I Can! service philosophy, Radisson Blu hotels are designed to make a big difference and inspire unforgettable experiences with every stay. Through personalized service and local nuance, each stay at a Radisson Blu hotel becomes a true meaningful and memorable experience. Radisson Blu hotels can be found in major cities, key airport gateways, and leisure destinations. Guests and professional business partners can enhance their experience with Radisson Blu by participating in Radisson Rewards, a global loyalty program offering exceptional benefits and rewards.