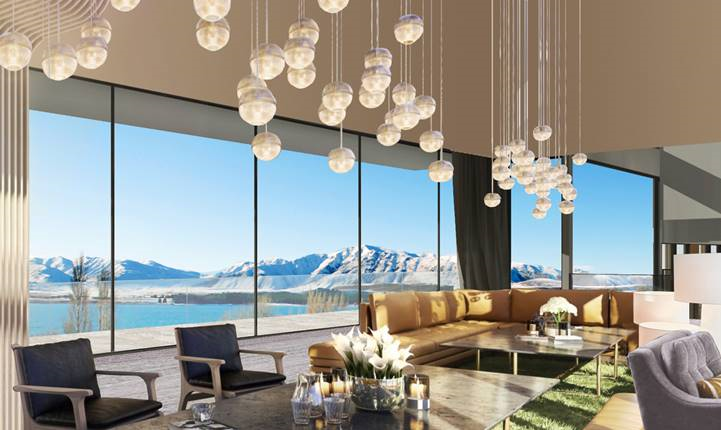 Four agreements with subsidiaries of NZ Horizons Limited and Remarkables Hotel Limited, the privately-owned companies specializing in hotel development in New Zealand’s South Island, will lead to the launch of brand new Radisson Blu and Radisson RED hotels in Queenstown, and Radisson Blu and Park Inn by Radisson hotels at Lake Tekapo.

The four new properties are scheduled to open in 2021 and 2022, adding a total of 777 comfortable, well-appointed rooms and an array of international amenities to New Zealand’s booming hospitality sector.

Scheduled to open in Q4, 2022, Radisson Blu Hotel Queenstown, Remarkables Park will feature 171 rooms and suites and a full range of upper-upscale facilities, including an executive lounge, contemporary F&B outlets, a well-equipped fitness center, and state-of-the-art event space. The 257-room Radisson RED Queenstown, Remarkables Park will open on the same date, introducing a bold new era of hospitality to New Zealand. In line with Radisson RED’s innovative concept, the hotel will feature an art-inspired lobby with an interactive TV wall, stylish and social F&B outlets, a 24-hour fitness center and cutting-edge meeting spaces.

In Lake Tekapo, a scenic area located in the Mackenzie Region, midway between Queenstown and Christchurch, a new low-rise hotel complex will host the 112-room Park Inn by Radisson Lake Tekapo, which is on track to open in Q2, 2021, and the 237-room Radisson Blu Resort Lake Tekapo, which will follow in Q4, 2022. The Radisson Blu resort will be the first international upper-upscale brand at Lake Tekapo and will feature a full range of facilities, including an executive lounge, multiple restaurants and bars, a fitness center, spa, heated indoor swimming pool, and conference and banqueting space.

“New Zealand is a spectacular destination that is growing in popularity among the world’s travelers, especially from Asia’s emerging markets. There is still a shortage of internationally branded accommodation in the South Island of the country however, so we are delighted to introduce four outstanding hotels and three of our original brands to New Zealand for the first time. We look forward to contributing to the continued growth of the country’s tourism industry in the coming years,” commented Katerina Giannouka, President, Asia Pacific, Radisson Hotel Group.

The two Queenstown hotels are being developed by Remarkables Hotel Ltd while the Lake Tekapo properties are being created by Tekapo Lake Resort Ltd and Tekapo Sky Hotel Ltd, subsidiaries of NZ Horizons Limited.

“It is a great pleasure and honor to work with Radisson Hotel Group as they enter New Zealand for the first time. We had a vision of bringing a globally recognized hotel brand to the South Island and with the support of hotel consultants, Cre8tive Property, we were able to make it happen. The fact that Radisson Hotel Group has committed to four projects is a great reflection of their confidence in the region’s tourism industry and we are delighted to be developing these world class hotels. Together, we will provide exceptional accommodation and services to our guests in Queenstown and Lake Tekapo, whilst helping to enhance the hospitality sector in both of these attractive destinations,” said Anthony Tosswill, Director, NZ Horizons and Remarkables Hotel Limited.

“We are also excited to incorporate into our developments our own new modular design and construction methods, that will introduce efficiencies and new skills to the local market. Through strategic partnerships, such as the one we have forged with Radisson Hotel Group, we are moving closer to our objective of providing globally relevant tourism assets that meet New Zealand’s ever-increasing accommodation requirements,” he added.

According to STR, Queenstown was the best performing Australasian hotel market in 2018, with revenue per available room (RevPAR) of USD 143.32. The city has continued to thrive in 2019; in the first four months of this year, Queenstown’s average occupancy was 81.3 percent. The picture is similar in many other New Zealand cities, such as Auckland (82.6 percent), Wellington (79.9 percent) and Christchurch (77.3 percent). This performance reflects the continued strength of the country’s tourism industry;
3.87 million international travelers visited New Zealand in the year-to-March 2019, up 1.3 percent year-on-year. This marked the sixth consecutive year of growth.

Radisson Hotel Group will continue to seek opportunities to work with NZ Horizons Limited and other respected local developers to introduce its world-class hotels and brands to more parts of New Zealand in the coming years.