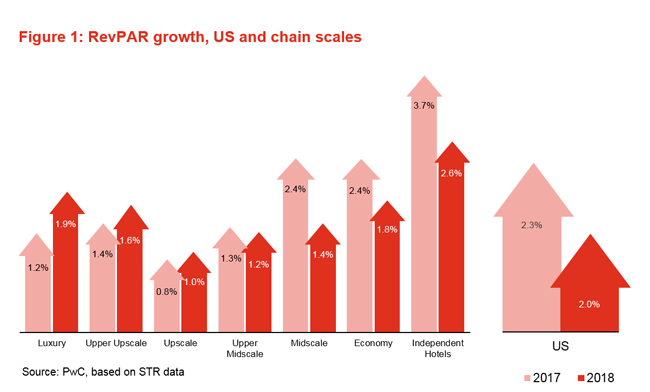 As uncertainty weighs on the economy, softening lodging industry growth expected to continue

Following a weak first quarter, the US economy strengthened in Q2.

Despite ongoing political uncertainty, consumer and business spending are expected to continue to support economic growth in the second-half of 2017.

PwC Hospitality Directions US is a near-term outlook for the U.S. lodging sector, commonly used by industry decision-makers and stakeholders to better understand the impact of policy and other macro-environmental factors on the sector’s operating performance. Our outlook includes metrics for the overall sector as well as for the chain scales, and is used by our clients for strategic planning and capital allocation purposes.