President and Director Hans Jenni Set to Retire From GHM

Home/President and Director Hans Jenni Set to Retire From GHM

President and Director Hans Jenni Set to Retire From GHM 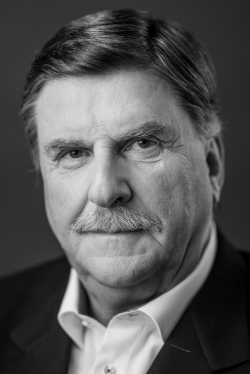 SINGAPORE (May 19, 2020) — After nearly 30 years at the helm of a pioneering hotel management group, Hans R. Jenni is retiring today as president and director of GHM. The group’s current CEO, Tommy Lai, will assume responsibility for GHM’s day-to-day operations and management.

Since 1992, when Jenni co-founded GHM with Amanresorts group founder Adrian Zecha, his vision has led the management group down a succession of roads less travelled to little-known destinations.

Names now synonymous with understated elegance and luxury accommodation – The Datai in Langkawi, The Legian in Bali, The Nam Hai in Hoi An, and the very successful Chedi brand in Muscat, Andermatt and most recently in Sharjah, UAE – are a testament to Jenni’s foresight.

“Hans Jenni was never interested in doing anything easy and was never infected by the complacency that sometimes comes with success,” said Tommy Lai. “He remade the wheel with each new project, which was oftentimes a necessity because many of the places he wanted to go required a whole new means of getting there.”

And when the group did get there, said Lai, these far-flung destinations started lighting on the radar screens of travellers around the world and emerged somewhat transformed and in an altogether more compelling light thanks to the presence of a GHM flag.

A Swiss national, Jenni began his career in hospitality in 1966 and is a graduate of theprestigious École Hôtelière Lausanne in Switzerland. Prior to the launch of GHM, he groomed his skill-set in hotel management at the Peninsula Hotels, Shangri-La International and Mandarin Oriental Hotel Group and Swiss-Belhotel Management Ltd., where he led the company as president.

Established in 1992, GHM (General Hotel Management Ltd.) is known for conceptualising, developing and operating an exclusive group of hotels and resorts. With an intimate portfolio and more projects in the pipeline, GHM prides itself in providing guests with an unrivalled lifestyle experience.

Each GHM property is an original. A symbiotic relationship between the hotel and the local culture enables GHM to provide guests with a genuine, close-up experience of the best each destination has to offer. The signature GHM style melds contemporary interpretations of Asian designs and distinctive local touches to create inspired, memorable spaces.