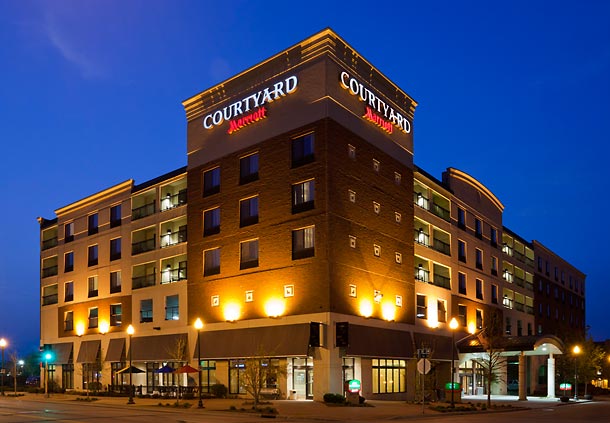 January 6, 2015 – Willmar, MN – When Ray Torgerson opened his first clothing store in 1930 his vision was to build strong community relationships and to help those in need. Nearly 90 years later, the nature of the business has evolved from retail to hotels and restaurants, but the collective vision of TPI Hospitality is still aligned with the core values Ray demonstrated on a daily basis. With value, service, and quality as guiding principles, TPI Hospitality has grown from a small family business in west central Minnesota to the largest hospitality company in the state of Minnesota.

TPI has grown significantly during its three generations of Torgerson ownership. Building strong relationships and systems have helped to make TPI one of the most organized and sophisticated hospitality companies in the industry. “We are extremely optimistic about the future of TPI and feel we are in our best position in our history to grow and maximize value going forward” said Tom Torgerson, CEO and Chairman of the Board of TPI Hospitality. With that said, Monday, September 15, 2014 will go down as one of the more memorable dates in the long and storied history of TPI Hospitality. On that day Tom Torgerson made a surprise announcement during a companywide meeting that caught the TPI team by surprise. He was transitioning ownership of TPI Hospitality to the employees on January 1, 2015 through the formation of an Employee Stock Ownership Plan (ESOP). “I chose an ESOP to reward employees for their past, current and future diligent service to TPI, to preserve the legacy of our work, and position TPI for the next 50 years and beyond. The transition to 100% employee ownership not only helps to secure the future of TPI Hospitality as a locally owned and operated company but it also allows us to reward our almost 1800 employees, many of whom have been with the company for over 20 years, with a superior retirement benefit”.

TPI Hospitality currently owns and operates 31 hotel properties and 9 restaurants, and has an additional 6 hotels in construction. Many of the TPI locations have been recognized nationally with awards for service, quality, and financial results. “We credit our success to encouraging an entrepreneurial spirit and the ability to engineer and embrace organizational change and growth,” said Mitch Peterson, Chief Operating Officer. “Becoming an ESOP will require a change in perspective by everyone. I envision an environment where every employee acts as an owner without regard for their specific role within the company. Just imagine the impact of having 1800 owners approaching their jobs the same way.” The magnitude of the change is further highlighted by the fact that TPI Hospitality will be in the top 1% of all ESOPs in the country in terms of size. In addition, TPI is poised to become the largest 100% employee owned hospitality-company in the nation.

According to the NCEO (National Center for Employee Ownership), companies with ESOPs and other broad-based employee ownership plans account for well over half of Fortune Magazine’s “100 Best Companies to Work for in America” list year after year. “The hospitality industry relies on motivated employees who consistently deliver outstanding service”, said Pete Bromelkamp, Senior VP of Human Resources. “Understanding that when employees leave valuable knowledge and sometimes customers are lost, TPI has always been focused on employee retention. With development already in the pipeline, the ESOP will also provide us a tool to motivate, retain, and attract talented employee-owners.”

Ownership is a powerful motivator and can have a profound impact on customer service. “We believe there is a competitive advantage to being 100% employee owned,” said Dee Anne Osborne, Senior VP of Sales and Marketing. “Employee Owners have a stake in the long term success of the company and as a result, they understand that their success is directly tied to the success of the customer experience. With TPI’s employee tenure already significantly longer than those of other companies in the same industry, we feel we have a sustainable advantage, not only in today’s labor market, but also in customer loyalty.”

According to the NCEO, there are roughly 7,000 ESOPs in existence in the U.S today covering approximately 13.5 million employees. Studies have concluded that higher employee participation typically allows ESOP companies to experience more substantial gains in performance than those of non ESOP companies. A 2000 Rutgers study found that ESOP companies grow 2.3% to 2.4% faster after setting up their ESOP than would have been expected without it. While ESOPs can be found in all different sizes of companies, TPI will be recognized as one of the largest 100% employee owned companies in the U.S.

Proud to be 100% employee owned, TPI Hospitality is a hotel/restaurant development, ownership and management company based in Willmar, MN, operating 40 hotel, restaurant and conference center locations.  With roots deeply embedded in Minnesota, we have stayed true to our philosophy of growing in a relatively tight geographic area in southern Minnesota.  This has allowed our leadership team to stay well-informed of market challenges and opportunities and work with all of our locations efficiently with focused energies on leading property performance. We have one location in Naples, Florida and growing outside Minnesota is a consideration, although not a priority.www.TPIHospitality.com