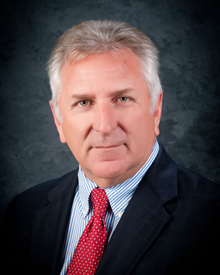 ORLANDO – Jan. 4, 2019 – As a leader in the global hospitality industry, Orlando World Center Marriott proudly announces the appointment of Robert Bray as General Manager. In this position, the hospitality veteran will play a significant role in the resort’s continued success, overseeing all operational aspects of the 2,009-room property, including everything from financial performance and the guest experience to food and beverage, while maximizing revenue and maintaining focus on strategic goals.

Bray brings more than 35 years of experience in the hospitality sector to Orlando World Center Marriott, with nearly 30 years spent specifically with Marriott International. Most recently, Bray served as the Area General Manager for the New Orleans Marriott, where he took the Hotel to new heights in guest satisfaction scores along with setting records in revenue, occupancy and market share. Prior to that position, the California native managed notable portfolio properties including the 1,083-room Renaissance St. Louis Grand & Suites complex, as well as served as the opening General Manager of the Renaissance Pere Marquette Hotel and Renaissance Arts in New Orleans.

“We’re pleased to welcome Robert Bray to the Orlando World Center Marriott team,” said Sami Abuzeid, the AVP of the Florida region. “We are confident his vast familiarity and understanding of the brand, in addition to his outstanding record for management, leadership and sales excellence, not only make him well suited for this position but a valuable addition to lead the Hotel.”

Towering above more than 200-prime, Central Florida acres, the world’s largest Marriott, Orlando World Center Marriott offers experiences that are a "World Beyond Compare.” Featuring everything on-premise from the iconic Falls Pool Oasis — ranked one of the “world’s coolest hotel pools”— with a Slide Tower featuring two, 200 ft. winding waterslides and one, 90 ft. speed slide, in addition to a Splash Zone offering kids a zero entry pool and playground, as well as a Kid’s Activity Zone and Poolside Bar and Grill. Other on-property amenities include the 18-hole championship golf course, Jack Nicklaus Academy at Hawk’s Landing Golf Club, a full service spa and fitness center, nine taste-tempting restaurants and lounges, as well as 450,000 sq. ft. of event space. In this magnificent locale, the 2,009-room resort is located only 1.5 miles from Walt Disney World® and just minutes from SeaWorld® Orlando, Discovery Cove®, AquaticaTM and Universal Studios®.

For additional information on Orlando World Center Marriott or to book a reservation, call 1-800-380-7931 or visit www.worldcentermarriott.com.