Built in 1918, the boutique Esquire Hotel is an adaptive reuse of a national landmark building that originally opened as the First National Bank of Gastonia and was later used as the town’s famed Lawyer’s Building

The Esquire Hotel is the latest addition to the growing Ascend Hotel Collection by Choice Hotels International, Inc. (NYSE: CHH), a portfolio of resort, boutique and historic hotels that reflect their surrounding communities. Situated in the heart of Gastonia at 168 West Main Ave., just outside of Charlotte, North Carolina, the hotel provides visitors with convenient access to popular attractions in the state’s largest city, while paying homage to its unique charm and rich history.

Built in 1918, the boutique Esquire Hotel is an adaptive reuse of a national landmark building that originally opened as the First National Bank of Gastonia and was later used as the town’s famed Lawyer’s Building. Following a multi-year transformation, the property, which still retains its stunning original classical-revival style exterior finishes, now features lavish guest rooms, distinctive design and several on-site amenities — including an exclusive restaurant offering southern, farm-to-table cuisine and a rooftop bar with stunning views of the Kings Pinnacle mountain peak.

The Esquire Hotel is across the street from the Gastonia Conference Center and a downtown park, and guests are within walking distance from several local restaurants and shops. Visitors to Gastonia can stop by the Schiele Museum of Natural History, drive a few miles southeast to see the beautiful Daniel Stowe Botanical Gardens, or enjoy some outdoor activities in Crowders Mountain State Park. The hotel features 35 guestrooms decorated with glamorous Hollywood-inspired furniture and is conveniently located less than a mile from an Amtrak stop on the Crescent line, which runs daily between New York and New Orleans.

The Ascend Hotel Collection, which includes a portfolio of resort, historic and boutique hotels, recently surpassed a milestone of 300 hotels open and also has over 100 properties in the pipeline worldwide. This year, the brand has welcomed several new hotels in major U.S. cities like Brooklyn, N.Y.; New Orleans; Philadelphia; Portland, Maine; and Napa, Calif.

As a member of the Ascend Hotel Collection, guests of the Esquire Hotel can participate in the award-winning Choice Privileges loyalty rewards program, rated a top hotel loyalty program by both USA Today’s 10 Best Readers’ Choice Awards and U.S. News & World Report for four consecutive years. Choice Privileges membership is free and offers fast rewards and exclusive member rates for those who book directly at www.choicehotels.com, through the Choice Hotels mobile app, or by calling 1-800-4CHOICE. Members can earn and redeem points towards free nights, airline miles, and more while staying at any of Choice’s participating branded hotels.

About Ascend Hotel Collection: Let the Destination Reach You 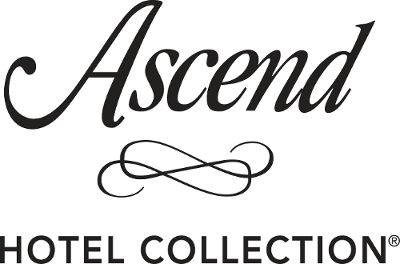 Choice Hotels International, Inc. (NYSE: CHH) is one of the largest lodging franchisors in the world. With more than 7,000 hotels, representing nearly 575,000 rooms, in over 40 countries and territories as of September 30, 2019, the Choice® family of hotel brands provides business and leisure travelers with a range of high-quality lodging options from limited-service to full-service hotels in the upscale, midscale, extended stay and economy segments. The award-winning Choice Privileges® loyalty program offers members benefits ranging from everyday rewards to exceptional experiences. For more information, visit www.choicehotels.com.