A graduate of Hofstra University with a degree in economics and political science, Festinger began his hospitality career in New York City in 1997 working at the prestigious Terrace on the Park followed by terms at Starwood Hotels, where he was awarded the Starwood Platinum Award in 2006.

In 2008 he began serving as vice president and managing director of The Newport Beachside Hotel and Resort in Sunny Isles, FL where he was responsible for the repositioning and day-to-day operations of Kitchen 305, Seven Seas Aveda Spa & Salon, Newport Marketing, Newport Hospitality and Newport Vacation Club. Prior to accepting the position at Mondrian South Beach, Festinger was general manager at YVE Hotel Miami in downtown Miami, a property owned by Host Hotels and Resorts and managed by Destination Hotels. In 2015 Festinger won the prestigious Host Hotels and Resorts Strategic Innovation Award. Lauded by colleagues for leadership skills and keen on marketing, Festinger will now oversee sales, operations and food and beverage divisions for Mondrian South Beach.

“We are very happy to welcome Robert to Menin Hospitality,” says Jared Galbut, “As the company continues to grow we are fortunate to align with talented leaders of the industry and we look forward to his influence on the property.”

Mondrian South Beach, which came under the management of Menin Hospitality in August 2016, is one of Miami Beach’s only bay front hotel destinations. Built on a prime waterfront location with views of the bay, ocean and downtown, Mondrian consists of 335 studios, one and two-bedroom apartments and penthouses. The Marcel Wanders designed property conceived of as a modern interpretation of Sleeping Beauty’s castle combines the most exhilarating design elements of a fantasy modern getaway with all the comforts and conveniences of home. Facilities include GUYandGIRL®, a spa featuring wet and dry treatment rooms, a state-of-the-art gym, Mondrian Caffé, an outdoor lounge, chic event spaces and a private marina and dock. 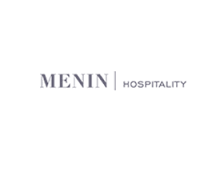 “Mondrian” is a registered trademark of Morgans Group LLC, a subsidiary of Morgans Hotel Group Co.