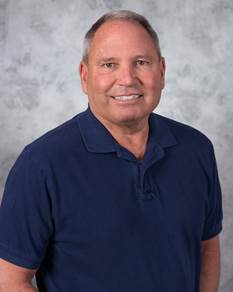 Orlando, Fla. – January 17, 2018 – Margaritaville Holdings LLC today officially announced the appointment of Rick Cunningham as vice president of hotel development. Bringing more than 30 years of hospitality industry experience to this new position for the company, Cunningham has been with Margaritaville for nearly a year and is responsible for cultivating relationships with hospitality ownership and development groups as he continues to grow Margaritaville’s already robust portfolio of hotels and resorts around the world.

“As we aggressively eye both domestic and international expansion, we couldn’t be happier to have Rick on our team,” said Jim Wiseman, president of Margaritaville development. “With a proven track record of success in high-profile hospitality development positions, we have complete confidence Rick will be an instrumental part of helping us bring the Margaritaville state of mind to new destinations near and far.”

Cunningham has made an immediate impact in his role, already working on new deals including Margaritaville’s first urban property, which recently broke ground in downtown Nashville’s “SoBro” district. Additionally, he has supported the brand with its partnership with Driftwood Acquisitions & Development (DAD) to rebrand two high-profile resorts – Tan-Tar-A Resort in Central Missouri and Flamingo Beach Resort & Spa in Costa Rica.

Prior to joining Margaritaville, Cunningham spent nearly 20 years in various key roles at InterContinental Hotels Group (IHG). Most recently, he served as the company’s regional vice president of upscale development, overseeing IHG’s Hotel Indigo, Crowne Plaza and EVEN Hotel brands in the Southeastern U.S. and Caribbean regions. Before that, he worked as IHG’s director of corporate business development, managing a national sales team focused on the development of IHG’s corporate mid-market key accounts. Additionally, he was responsible for launching the national sales team for the Staybridge Suites extended stay brand.

Preceding his time at IHG, Cunningham served as Director of Sales at Swissotel Atlanta and the Embassy Suites Atlanta Buckhead and a Sales Manager with Plaza Hotel Management Company and the Georgia International Convention & Trade Center.

Cunningham has been an active member of several industry organizations including Hospitality Sales and Marketing Association International (HSMAI), Southeast Franchise Forum (SEFF) and Meeting Planners International (MPI). He is a current member of the International Council of Shopping Centers (ICSC).

Margaritaville’s current hospitality portfolio features ten hotels and resorts across the Southeast U.S. and Caribbean with more than $4.8 billion in the development pipeline.

Margaritaville is a global lifestyle brand inspired by the lyrics and lifestyle of singer, songwriter and best-selling author Jimmy Buffett, whose songs evoke a passion for tropical escape and relaxation.

Consumers can also escape everyday through a collection of Margaritaville lifestyle products including apparel for men and women, footwear, frozen concoction makers, home décor and more. Additionally, the brand’s food, beverage and spirits lines – including Margaritaville tequilas, rums, LandShark Lager – deliver authentic, tropical escapism to fans around the world. Margaritaville, a state of mind since 1977.