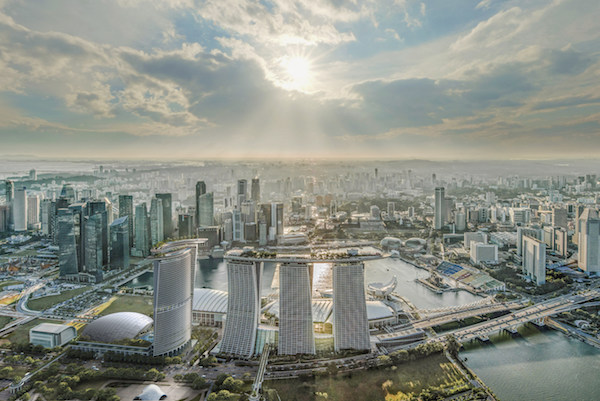 The company has entered into a development agreement with the Singapore government and said it will quickly begin work on the new project. Located immediately adjacent to the existing Marina Bay Sands Integrated Resort (IR), the key elements of the development will be a state-of-the-art 15,000-seat arena, a luxury hotel tower and additional MICE (Meeting, Incentive, Convention, and Exhibition) space.

"Marina Bay Sands is an iconic tourism destination that has exceeded all of our hopes in growing leisure and business tourism in Singapore and it is a privilege to receive the Singapore government's continued support of its development. The property has achieved amazing success for both Singapore and our company and we plan to create even more with this expansion," said Las Vegas Sands Chairman and Chief Executive Officer Sheldon G. Adelson.

Since opening in 2010, Marina Bay Sands has attracted more than 330 million visitors. The property has brought over 700 new MICE events to Singapore since opening and hosted 3,680 events at the Sands Expo and Convention Centre in 2018 alone.

The new 15,000-seat arena will play a key role in bringing new and repeat visitors to Singapore. With leading design and cutting edge technology, the venue will attract top entertainers from Asia and around the world. Its state-of-the-art production capability will appeal to performers who might not have previously included Southeast Asia on their tours. The hotel tower, which will feature approximately 1,000 all-suite rooms and set a new standard of luxury in Southeast Asia, will also include a sky roof with a swimming pool and a signature restaurant. The tower will feature a dramatic atrium and terraces along with exciting food and beverage offerings and a combination of meeting rooms, ballrooms and exhibition halls. The company said Moshe Safdie, who designed the original property, Aedas and Gensler are planning to be part of the team responsible for the design elements of the building. The current total projected budget for the expansion is approximately $3.3 billion (S$4.5 billion) and a timeline for its completion is not yet available.

"New luxury hotel accommodations and a world-class entertainment venue are exactly the catalysts we need to drive additional visitation to Singapore, and specifically to Marina Bay Sands," said Rob Goldstein, the company's president and chief operating officer. "The expansion of our Singapore IR is a key component of our company's strategic growth plan and also reflects the strong tourism and business potential in Singapore. The additional hotel rooms are extremely important to us in addressing the demand created by our leisure and business tourists and our premium gaming customers."

Mr. Adelson added that the new development would grow overall tourism to Singapore – much the same way Marina Bay Sands has since opening – continue to create good jobs for Singaporeans and give a boost to local companies who will benefit from the increased tourism and additional procurement spending. "I'm very proud of the commitments we have fulfilled and our on-going relationship with the people and government of Singapore. Integrated resort development in Singapore is a tremendous example of government and private business working together to maximize an opportunity that benefits all those involved," concluded Mr. Adelson.

Las Vegas Sands is the world's pre-eminent developer and operator of world-class Integrated Resorts. We deliver unrivaled economic benefits to the communities in which we operate.

Our properties include The Venetian Resort and Sands Expo in Las Vegas, Sands Bethlehem in Eastern Pennsylvania, and the iconic Marina Bay Sands in Singapore. Through majority ownership in Sands China Ltd., we have developed the largest portfolio of properties on the Cotai Strip in Macao, including The Venetian Macao, The Plaza and Four Seasons Hotel Macao, Sands Cotai Central and The Parisian Macao, as well as the Sands Macao on the Macao Peninsula.

LVS is dedicated to being a good corporate citizen, anchored by the core tenets of serving people, planet and communities.  We deliver a great working environment for 50,000 team members worldwide, drive social impact through the Sands Cares charitable giving and community engagement program and lead in environmental performance through the award-winning Sands ECO360 global sustainability program. To learn more, please visit www.sands.com.